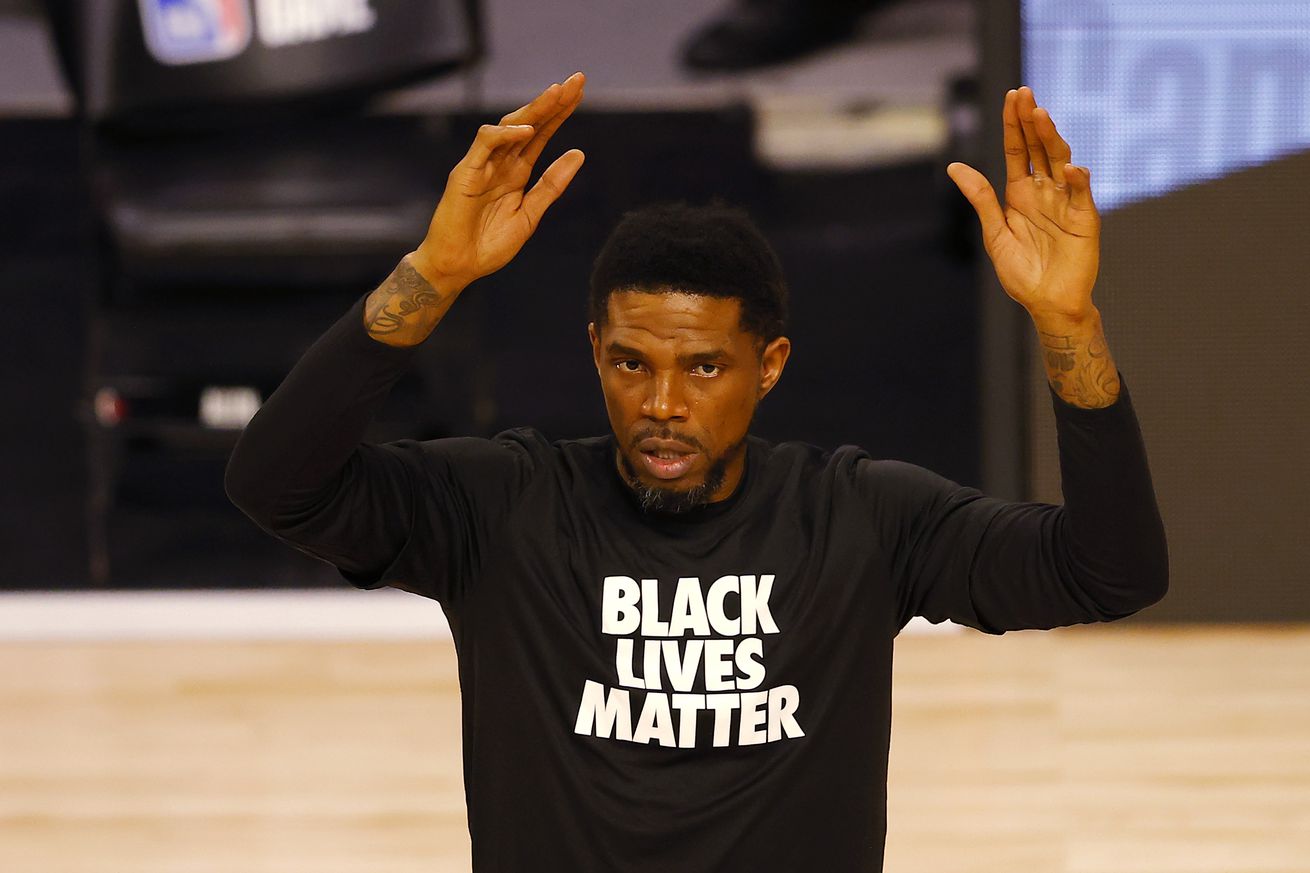 According to Chris Haynes, Haslem challenged George Hill and Patrick Beverley in a players meeting.

Just 24 hours ago, it looked like the NBA playoffs might be called off — after the Milwaukee Bucks refused to play Game 5 of their first-round series against the Orlando Magic Wednesday. George Hill led the discussions among Bucks players to sit out the game. The NBA then postponed the remaining two games scheduled for that day.

During a Wednesday evening NBA players meeting, Chris Haynes of Yahoo! Sports reported that Miami Heat veteran Udonis Haslem chided Hill. Haslem said it was irresponsible and selfish for Hill, who has earned $84 million in his career prior to this season, to suggest leaving the NBA bubble when younger players haven’t had the chance to build their wealth, according to Haynes.

Yahoo Sources: Inside the emotional 48 hours that saved the NBA and the vital role of Chris Paul, Andre Iguodala and LeBron James: https://t.co/yovYpwUcRs

At another moment during the meeting, Haynes reported that Patrick Beverley interrupted National Basketball Players Association Executive Director Michele Roberts when she discussed the financial implications of ending the playoffs. Beverley reportedly said, “I pay your salary” to Roberts.

That comment drew the ire of Haslem and Chris Paul, the National Basketball Players Association President, according to Haynes. Haslem and Paul told Beverley that disrespect would not be tolerated.

Haynes also reported that another Heat veteran, Andre Iguodala, “worked around the clock” with other players to resume the playoffs.