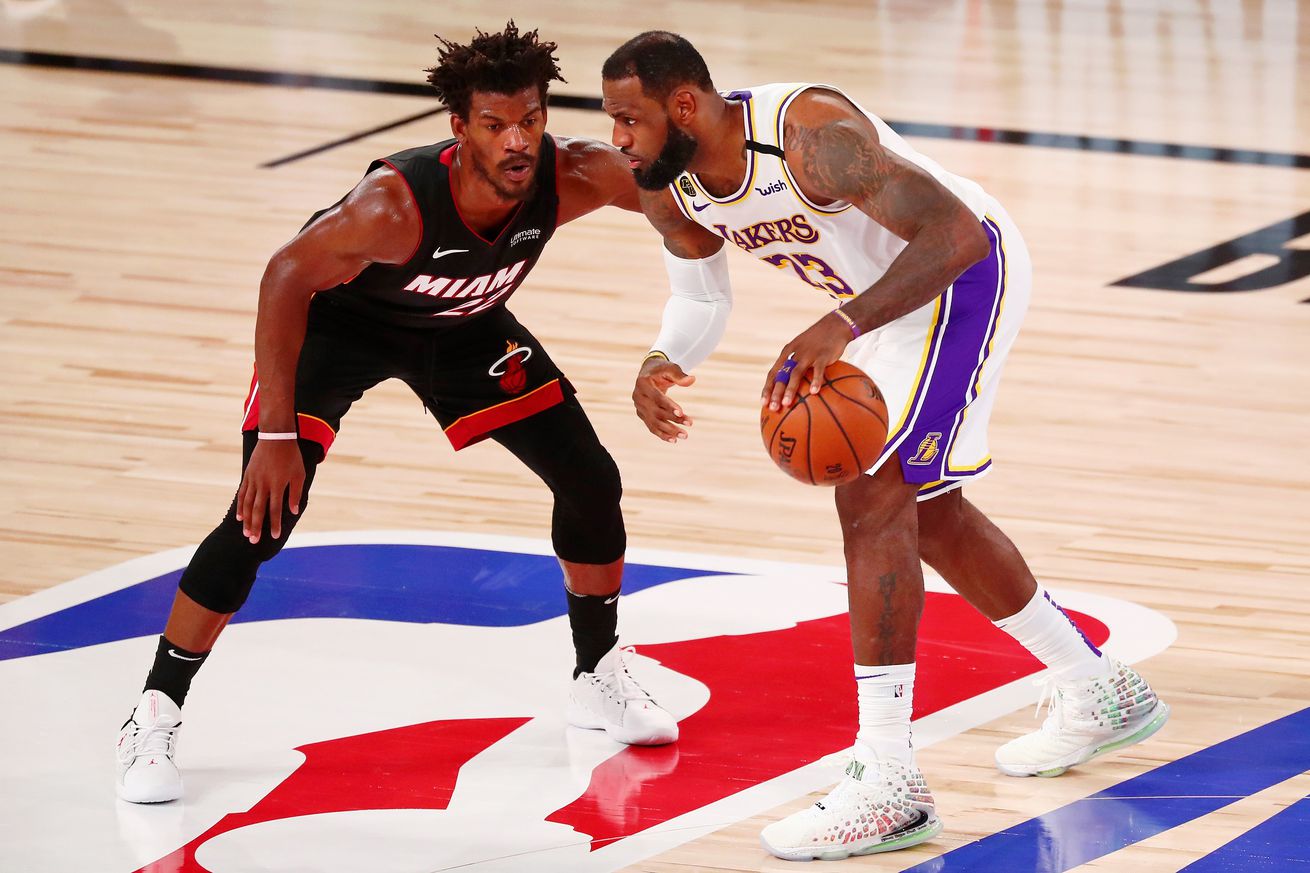 Which player did fans believe made the biggest difference?

Welcome to SB Nation Reacts, a survey of fans across the NBA. Each week, we send out questions to the most plugged in Heat fans, and fans across the country. Sign up here to join Reacts.

The Los Angeles Lakers have their first opportunity to close out the NBA Finals Friday night with a win over the Miami Heat. If they do, it’s clear who fans believe made the biggest difference.

According to the latest SB Nation Reacts survey, 46 percent of fans believe LeBron James has earned the Finals MVP award.

James earned roughly the same percentage of the vote as when the question was asked before the start of the Finals. However, Anthony Davis gained roughly 20 points after his play in the first four games.

The Heat have more than just James and Davis to worry about. Throughout the Finals, the Heat have battled injuries to key players. As difficult as that has made things, fans don’t think a healthy Heat team would be making much of a difference against the Lakers.

To vote in the Reacts surveys and have your voice heard each week, sign up here.