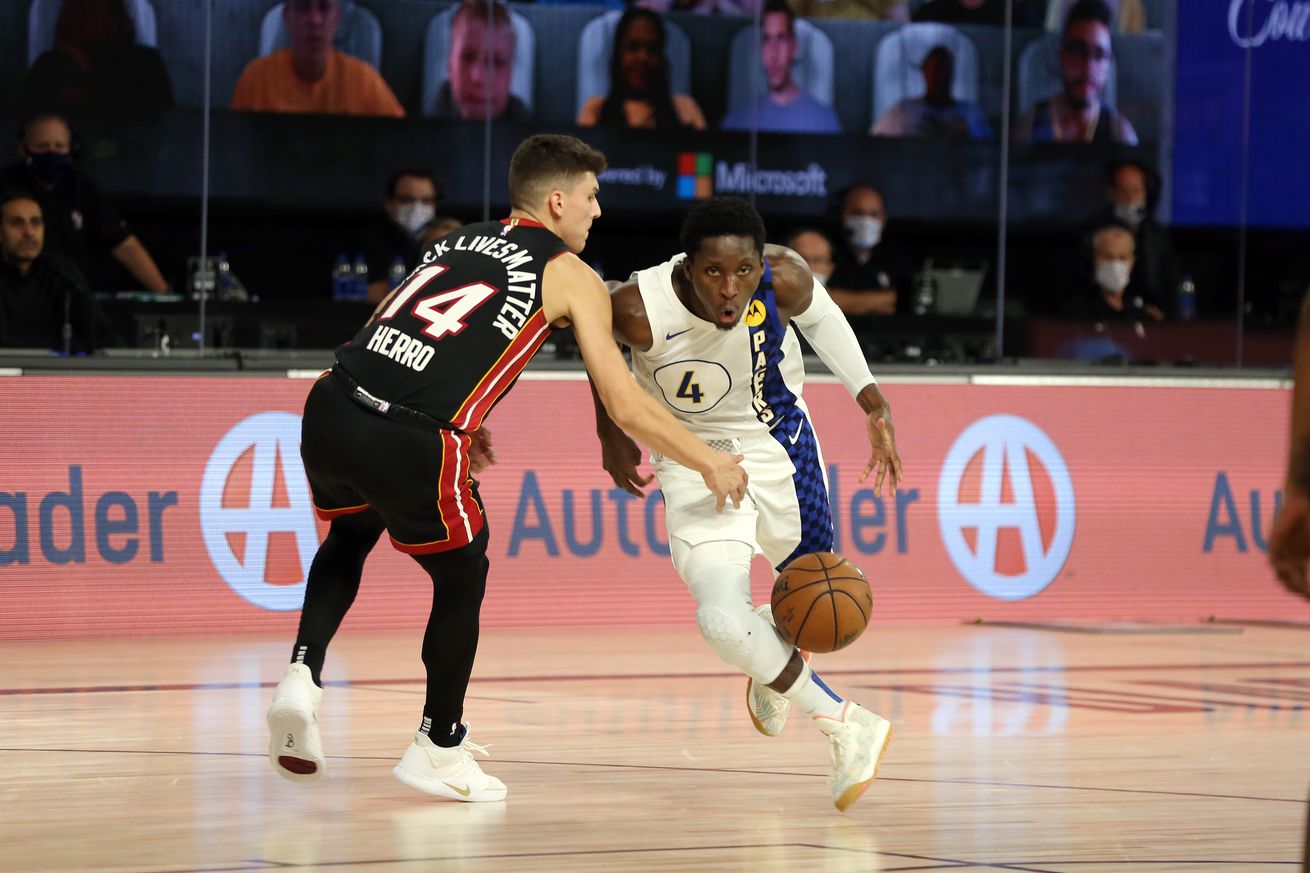 The former All Star is rumored to want out of Indiana.

Back in June, Shams Charania reported that the Miami Heat planned to pursue both Victor Oladipo and Giannis Antetokounmpo in 2021 free agency. But two weeks ago, Jared Weiss of The Athletic reported that Oladipo is looking to “move on” from the Indiana Pacers.

That now brings up to a question for Heat executives like Pat Riley, Andy Elisburg and Adam Simon — should Miami trade for Oladipo now instead of waiting for him to enter free agency after next season?

“Croquetas, cafecito and championships. You in?” pic.twitter.com/GribVCX7MM

The biggest hesitation from Miami’s perspective should be whether Oladipo can reach his All-NBA-level play from the 2017-18 season. In January 2019, Oladipo suffered a ruptured quad tendon in his right knee — an injury that kept him out 371 days.

In the Indiana Pacers’ sweep at the hands of the Heat in the restart, Oladipo wasn’t the dynamic scorer he used to be. Nearly 60 percent of his field goal attempts came from 3-point range. He struggled to both get to and finish around the rim. If that’s all Oladipo can be, then why not just give the starting guard position to 20-year-old Tyler Herro?

A potential trade for Oladipo now also runs the risk of mortgaging Miami’s future, a bad proposition if it doesn’t come with the assurances of All-Star talent coming — as was the case when Miami gave away draft picks to facilitate sign-and-trades for Chris Bosh and LeBron James. The Heat have already traded their 2021 and 2023 first-round picks. Including Miami’s first-round draft pick this year or KZ Okpala in a trade for Oladipo could look bad if Oladipo doesn’t return to his peak performance.

Maybe the Heat should wait to see if Oladipo can play at a high level at the start of next season before engaging in trade discussions. Of course, that also runs a risk. If the former No. 2 overall pick plays well, the Heat will have to trade away more assets in exchange for Oladipo.

On the other hand, the Heat may hope that one of their assets also rises in value next season — Kendrick Nunn. The runner-up in the NBA Rookie of the Year award’s production cratered in the NBA bubble; he was a borderline rotation player through the playoffs until Goran Dragic got hurt.