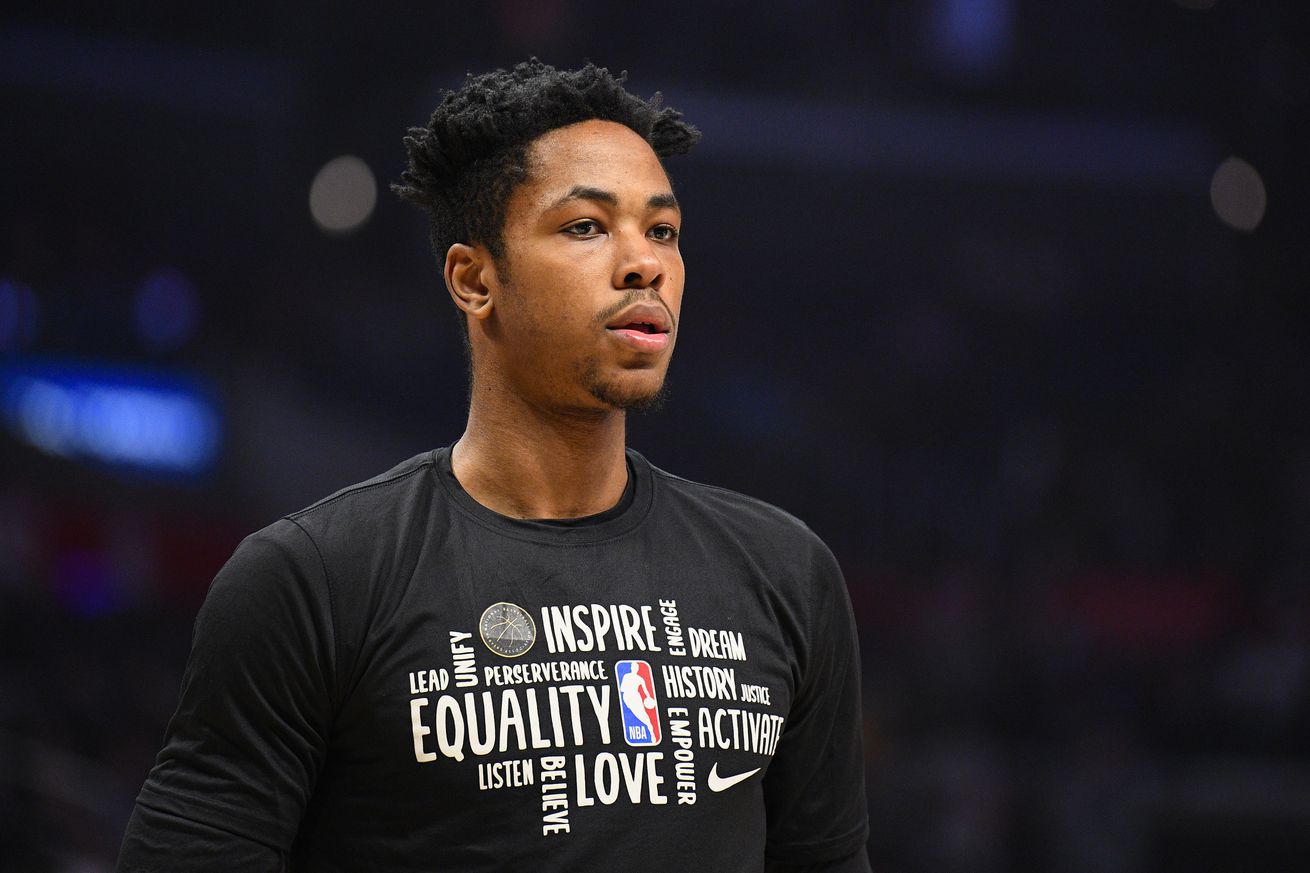 It’s time for the Miami Heat to let DJJ walk for the money and put their investment in an even younger athlete.

The Miami Heat have some big decisions to make regarding some of their own free agents. One of the seemingly less impactful decisions will be what they do with Derrick Jones Jr. And the emergence of KZ Okpala could very well impact that decision.

First, let’s take a look at the Heat’s financial situation. If Miami keeps their 20th pick, they will have 11 players under contract with roughly just under $45 million to use before the tax line. That leaves notable free agents: Goran Dragic, Jae Crowder, Meyers Leonard, Derrick Jones Jr. and Solomon Hill.

Dragic and Crowder will be the main focuses of retaining the Heat’s core. But after those two blossoming contracts, there seems to be little left to offer Derrick Jones Jr. who would be looking for a multi-year deal with some money attached to it.

And he deserves that. He’s a young talent that brings a lot of athleticism and defensive capabilities to a team. He can be a solid piece. But he lost his place in the rotation as the NBA Playoffs moved forward for the Miami Heat. And there’s someone younger and talented, ready to jump into that role for much less of a cost.

His name is KZ Okpala.

If you are an invested Heat fan, you know who this is. If you are a casual watcher (welcome to the site), maybe you aren’t familiar with KZ Okpala.

The Heat used additional draft resources to trade up in the second round and select KZ at the beginning of the second round in 2019. They saw something in him worth doing something about. But the Heat more or less stashed him last season in the G-League.

Okpala only played in 5 games his rookie season—4 of those games he played only one minute. One game, he played 21 minutes due to the Heat being shorthanded in Sacramento. He scored 7 points, had 4 rebounds, 2 steals, a block and an assist.

It’s really hard to gauge anything off of that.

But, here are some reasons why the Heat should move on from DJJ and give that time to Okpala.

There’s no secret that Derrick Jones Jr. needs his pay day. He just finished his fourth season in the NBA and has earned a total of just under $4 million. He’s due to make some money moving forward. The Heat certainly value what DJJ brought to this team.

But, any contract offer for Jones Jr. has to start with multiple years, guaranteed and a significant pay increase. And any offer from Miami limits their future flexibility — most certainly their desire to create maximum flexibility for next off-season. Is Derrick Jones Jr. the type of player that you want to scrap the max plan for to keep him here?

Maybe you think so…but investing to keep him here creates problems for the Heat moving forward. Not problems that can’t be rectified, but problems that may be unnecessary if there is someone else who can provide the same type of impact as him for a better price.

There is probably room for debate here because many of you haven’t watched KZ Okpala play basketball before. But when you spend some time in the film from his time in the G-League, you will begin to see that Okpala brings the same type of benefits that DJJ did for the Heat.

Yes DJJ is more developed as a NBA player and his body is what it is. Okpala has room to grow with his physique and with his comfort in the NBA. It would not happen quickly, and there will be growing pains. But he is 21 years old and he needs those opportunities.

The Heat need someone who can make the open three, provide defensive versatility and give some intangibles to the game. Okpala can do those things (although the open three will need some confidence). In fact, there is a lot of belief around the Heat organization that Okpala is a special type of defensive player with his instincts. The talent disparity between these two players is not as far as you would think it is and Okpala should be able to display that this season.

The Heat have Okpala under contract for this season at $1.51 million and next season at $1.78 million. That could be great value (the same type of value they had in DJJ) for those two seasons. Duncan Robinson and Kendrick Nunn are also under very team friendly deals. When the Heat maximize their money in young talent, it makes filling out the rest of the roster easier with less dead money.

Beyond that, Okpala is to some a part of the Heat’s future. Investing in meaningful opportunities now, make their future brighter both from his own contribution and to possibly trade value when assessing new realities in the future.

This is how you move up in the NBA, you have talent that other people value, display it, and move on them when the time is right. Certainly Miami isn’t looking to deal Okpala, but sometimes the big fish will require younger talent (ask Caron Butler how he left Miami).

The Heat need to allow Okpala some run to maximize their future.

That’s my case for the Heat to move on from Derrick Jones Jr. (who, by the way, I love and have enjoyed having a part of the Heat organization) and move into a more developing role with the 21 year-old KZ Okpala.

COMMENT
Surely this isn’t a popular opinion. So agree or disagree with me — but keep in mind there is more at stake than just what happens on the basketball court, there are a lot of variables that come into play if you keep DJJ.