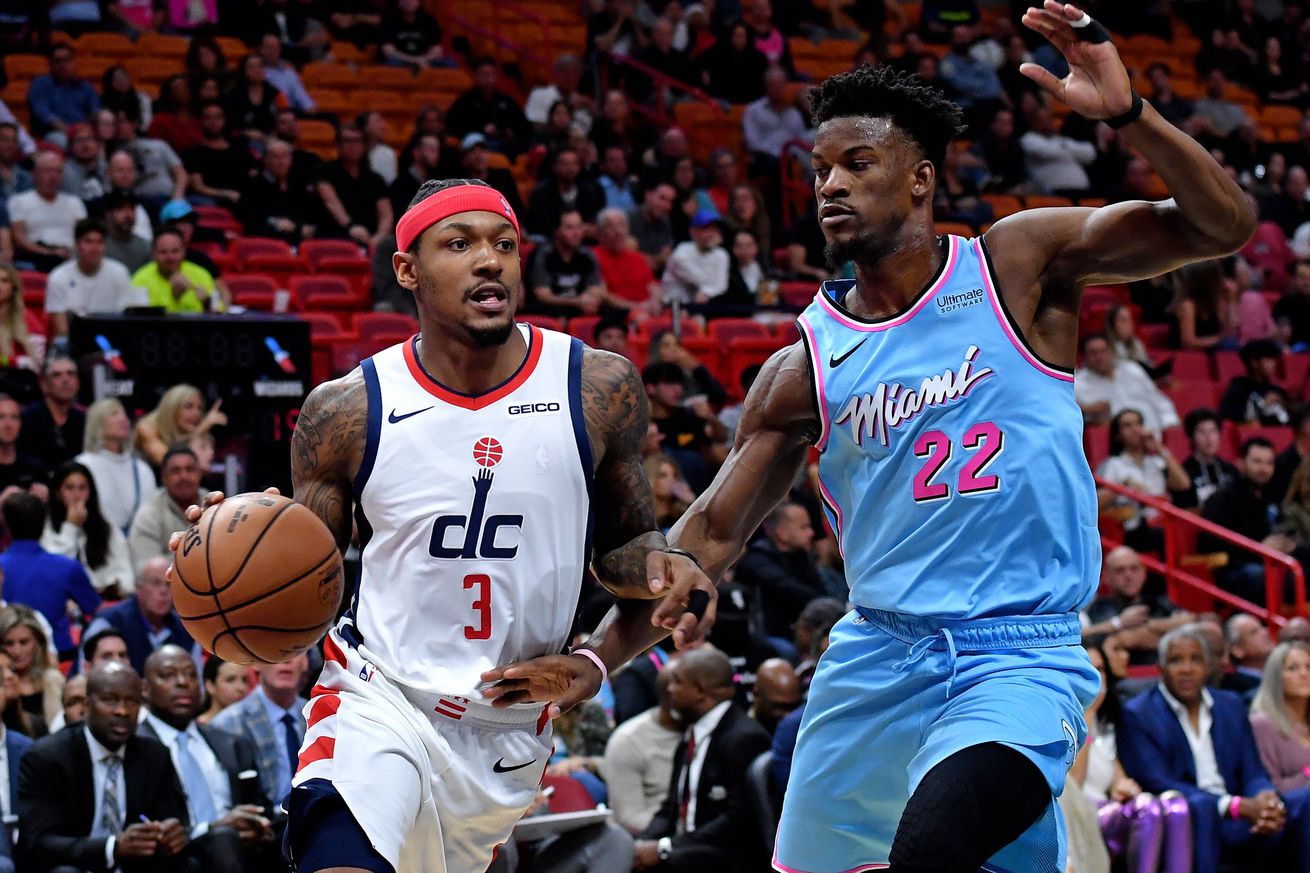 After a disappointing loss the Heat face the Wizards at the nation’s capital to regain their winning ways on the road.

Speculation abounded about the future of Bradley Beal joining the Miami Heat. About to face his team, the Washington Wizards, this what Beal had to say about his situation in the nation’s capital.

“For me, I look at Kobe, I look at D-Wade [Dwyane Wade], I look at Dirk [Nowitzki], U.D. [Udonis Haslem], how they can stay in one situation for a long time.

“I hate change. If it happens, it happens. But if I can control it, I will finish in D.C.

That said the Heat have their own job to do before they return to Miami, namely win a game on the road. Last time the Heat visited Washington, D.C. they lost to a Wizards team without Beal by 18 points 123-105. Notably “professional scorer” Garrison Mathews dropped 28 points on 4 of 7 from downtown and 12 points on free throws.

This time around Bradley Beal will be available, as well as Miami’s former draft pick 6’ Shabazz Napier at point guard. The Wizards have split their last six games, which includes a win over the Atlanta Hawks without Trae Young.

Of those nine games as the visiting team, three include the Milwaukee Bucks (March 16), Indiana Pacers (March 20), and the Boston Celtics (April 1). If not tomorrow, then when will the Heat prove they can win on the road?