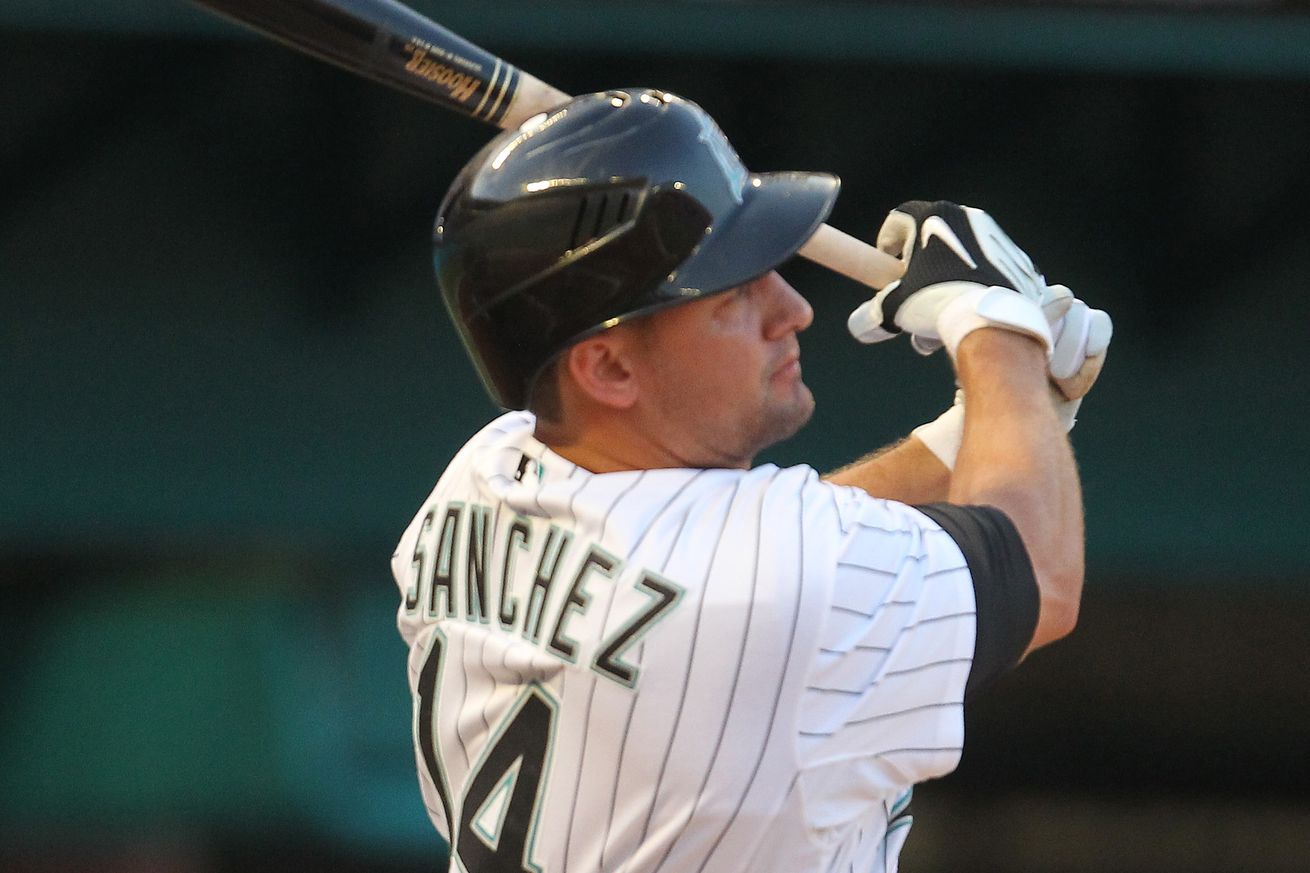 Mention those who appeared in All-Star games for the Florida/Miami Marlins and the first name to come to mind probably isn’t Gaby Sanchez.

Sanchez was Florida’s lone representative in 2011, but his best statistical season was actually the year prior. During what would be a career year for Sanchez, the rookie and University of Miami product had a number of big hits. One of those came on this day 10 years ago.

On what would be the first game of a short two-game set against the New York Mets on Sept. 21, 2010, Sanchez delivered the big blow. His three-run home run in Florida’s final at-bat lifted the Marlins to a 5-2 win at Sun Life Stadium.

The Mets have drawn even in the top of the eighth on a solo home run by David Wright with two outs. In the bottom half of the inning, New York reliever Pedro Feliciano retired Cameron Maybin and Logan Morrison for the first two outs of the inning. After that, Mets manager Jerry Manuel, a former Marlins’ bench coach, went to the bullpen.

Against right-hander Elmer Dessens, Hanley Ramirez and Dan Uggla put together back-to-back singles. With two on and good speed at second, Sanchez needed just a single to put the Marlins back in front. Instead, he did much more.

Despite falling behind in the count 1-2, Sanchez was able to get a fastball that he could drive and did just that. Sanchez blasted the Dessens pitch over the left-center field wall for a three-run home run to put the Marlins ahead for good.

Although he allowed the tying run in the eighth, José Veras got the win for Florida. Clay Hensley closed things out in the ninth for the save. Dessens took the loss for the Mets.

Sanchez finished the night 3-for-4 and a triple shy of the cycle with two runs scored. Sanchez scored on an error in the seventh that gave the Marlins a 2-1 lead. In addition to Wright, Lucas Duda also homered for the Mets.

Sanchez would go on to finish the 2010 season with a .273 batting average, 19 home runs and 85 RBIs en route to finishing fourth in the National League Rookie of the Year voting. All of those would serve as career-highs.

Sanchez also provided the heroics in what would be the Marlins’ last win in their final at-bat during the 2010 season. It also eliminated the Mets from playoff contention and it happened one decade ago today.