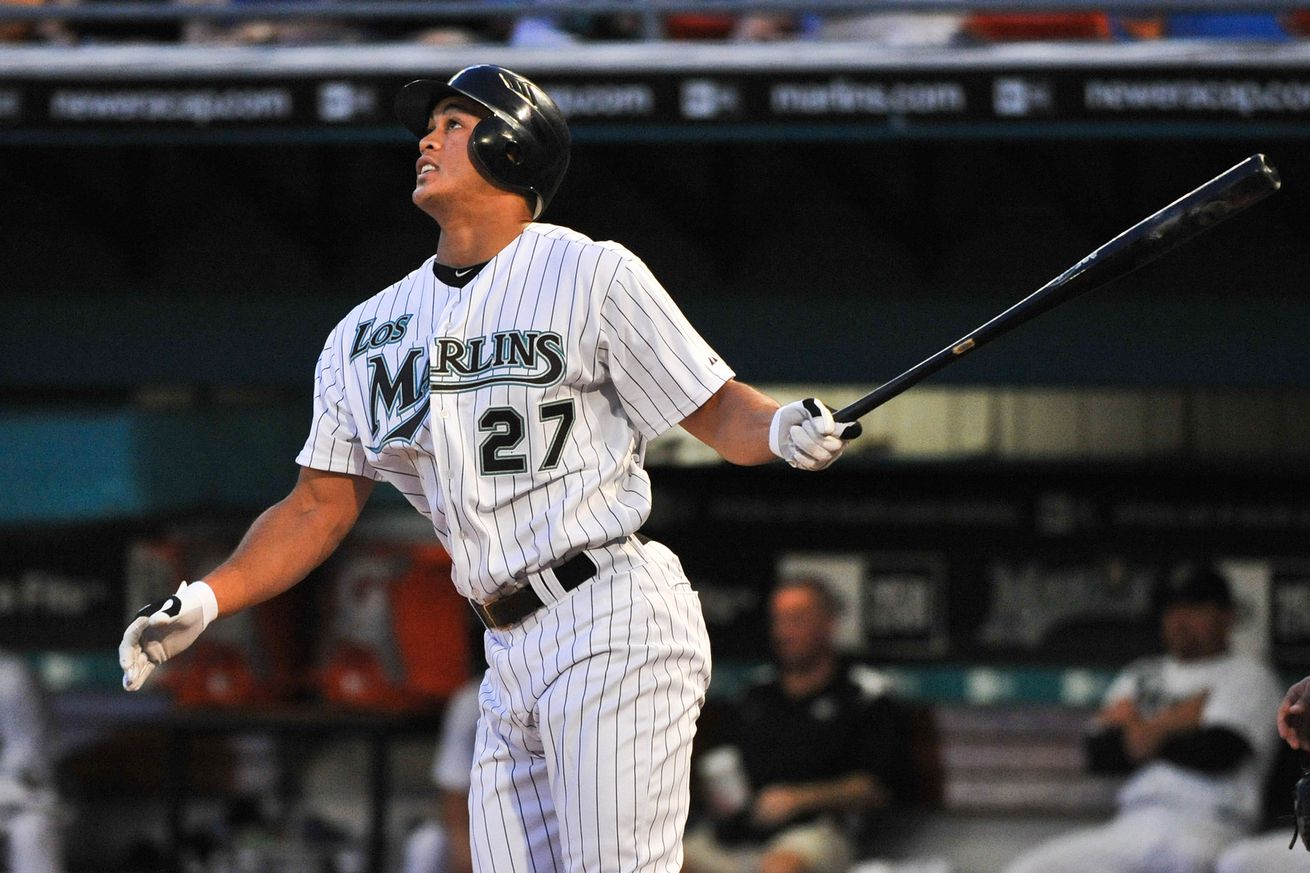 Stanton was one of the youngest players in the majors when he arrived in 2010, but already among the most powerful at the plate.

Arguably the greatest player in Marlins history, Giancarlo Stanton left Miami after the 2017 season as their all-time leader in numerous categories. That includes his franchise-record 267 home runs. The lone player to win National League MVP and a Home Run Derby for the Fish, the majority of Stanton’s blasts were no-doubters.

His first career bomb came on this day 10 years ago. It was a grand slam in a 7-4 home victory over the Tampa Bay Rays.

The Florida Marlins were riding a three-game losing streak as they arrived at Sun Life Stadium to open a three-game set against the Rays on June 18, 2010. Tampa Bay scored first, but it didn’t take long for Stanton to erase that early deficit.

In a contest that had 11 total runs, seven came in the first inning. Ben Zobrist got the scoring started for Tampa Bay with a two-run double in the top of the first off Florida starter Nate Robertson. The Marlins answered with five runs in the bottom of the inning. Rays starting pitcher Matt Garza’s third walk of the first inning—this one to Cody Ross—chased home the first Marlins run.

That brought Stanton, then known as Mike, to the plate with the bases still loaded. With the count full, Stanton took a high fastball from Garza and blasted it well over the left-field wall for a grand slam and a 5-2 Florida lead.

That would serve as the game’s only long ball.

The Marlins would add two more runs in the second inning on RBI singles by Hanley Ramirez and Dan Uggla. That would chase Garza and be all that Florida needed.

Robertson overcame the rough first inning to go six innings and earn the win. Offensively, the Marlins pounded out 11 hits. Catcher Ronny Paulino had three. Chris Coghlan, Uggla and Stanton all had two.

As for Stanton, it would be 10 days later before he hit his second home run. After that, they came with more regularity. Stanton led the National League in home runs in both 2014 and 2017. His 59 blasts in 2017 remains a club record and likely will for a long time. It beat Gary Sheffield’s previous team record of 42 set in 1996 by 17.

As the old adage goes, “you never forget your first.” When it comes to home runs, that first for Giancarlo Stanton came on this day a decade ago.