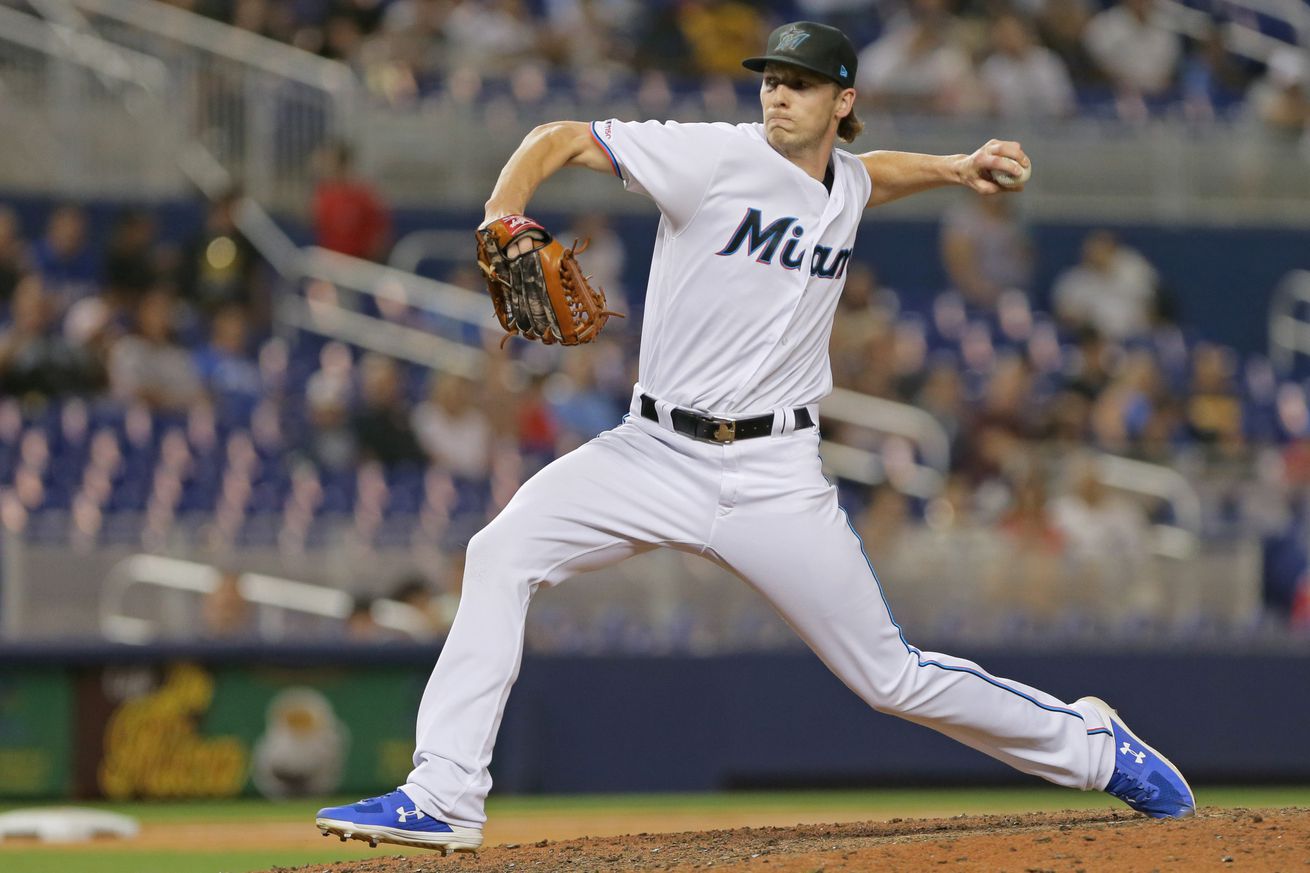 After a horrendous 2019, this season could be make-or-break year for the 29-year-old lefty.

Where did he come from? Adam Conley was selected in the second round of the 2011 MLB June Amateur Draft. This year marks his sixth season pitching in the majors for the Fish.

Adam Conley was once a decent starter in the Marlins rotation; he has since become a middle reliever. Whether the situations are high or low leverage, Conley has struggled.

The 2018 season was the first time Conley’s main role was in the bullpen. He put up average numbers with nothing standing out too much. He posted a 4.09 ERA which was just about in line with the MLB average that year.

Conley had an abysmal year in 2019. He struggled all season and stayed above a 5.00 ERA most of the time. The FanGraphs chart below shows that Conley only made strides in the right direction at the start of September. Towards the end of the month, he would go back to struggling.

There is no “smoking gun” to point to when attempting to explain Conley’s decline last season. His strikeout rate dipped, while his walk and home run rate rose. It seems his confidence was shot.

In January, the Marlins avoided arbitration and re-signed Conley to a one-year contract worth $1.525 million. Because he’s out of minor league options and there are plenty of intriguing pitching prospects breathing down his neck, it is hard to imagine him making it through the 2020 season with the same numbers as last year.

Conley will need to deliver this season if he wants to stick around. Unfortunately, the early returns from Spring Training are not promising—he has allowed 14 baserunners through 6 2⁄3 innings, failing to get swinging strikes on his high-velocity fastball.

Conley projects to be the weakest link in the Marlins Opening Day bullpen, a middle relief pitcher who will probably be used when trailing by a lot (a la Wei-Yin Chen in 2019).