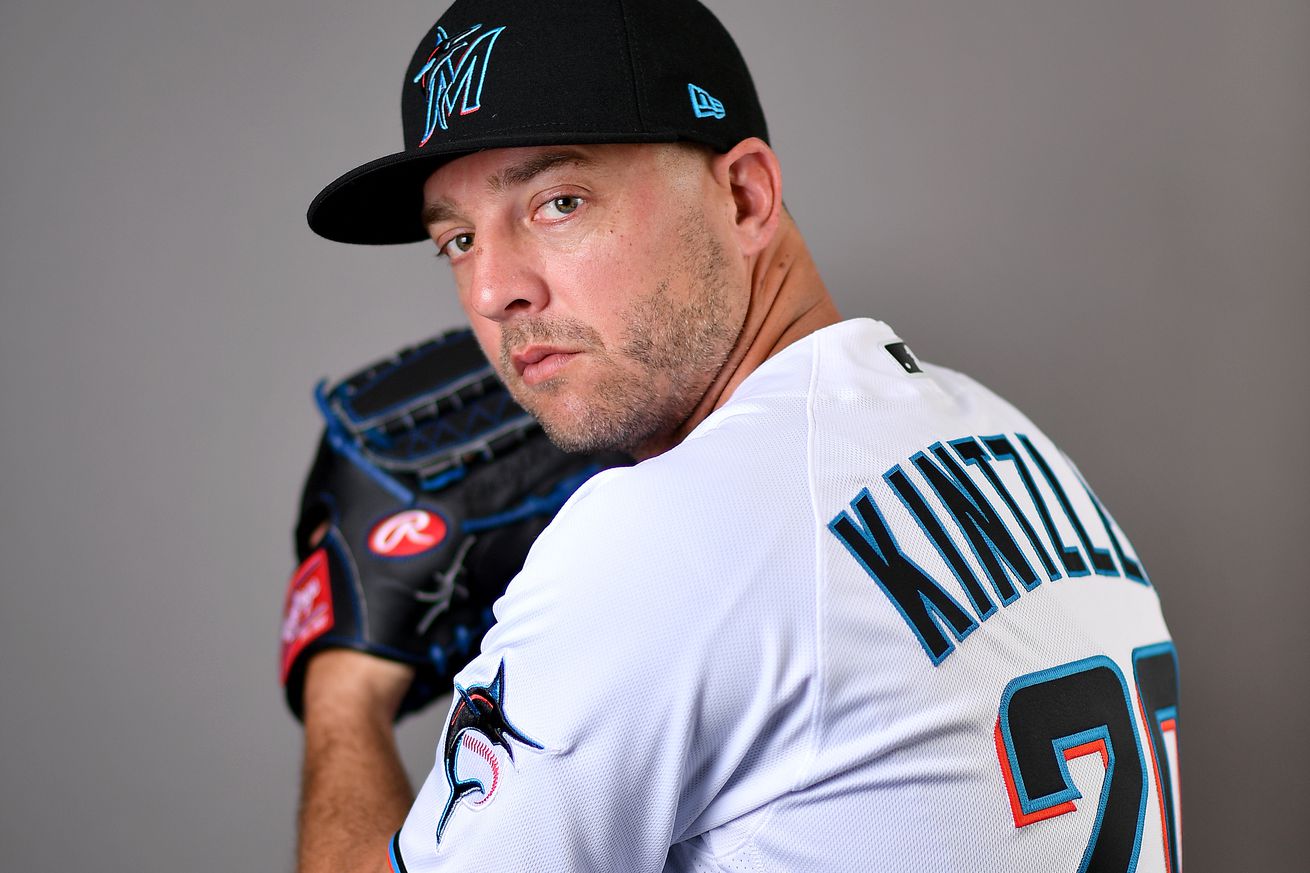 Kintzler is the most experienced member of the Marlins pitching staff. Will his skill set allow him to age gracefully?

Where Did He Come From? Free agent right-hander Brandon Kintzler signed with the Marlins on February 3, 2020. He received a one-year, $3.25 million deal which includes a club option for 2021.

As a result of mediocrity and injuries, the Chicago Cubs cycled through a franchise-record 29 relief pitchers last season (four of whom were ordinarily position players). Kintzler was one of the few constant contributors.

Pitching the majority of the season as a 34-year-old, Kintzler struck out 21.2% of total batters. That was a new career high for him in the big leagues (excluding the cups of coffees he had with Milwaukee in 2010 and 2011). He recorded a save for the fourth straight year, although Craig Kimbrel, Steve Cishek and Pedro Strop handled closing duties more regularly for the squad. From May 21 through July 16, he had 19 consecutive appearances without allowing a run, his longest streak ever.

The veteran right-hander has a great track record against lefties, but he was even better than usual in 2019—Kintzler allowed a .163/.247/.275 slash line and one home run in 89 plate appearances when at a platoon disadvantage. Increasing his changeup usage to 17.5% contributed to that.

While we wait for Brandon Kintzler to make his Marlins spring debut in the coming days, here are some of his changeups from 2019. Threw it to both lefties and righties, with lots of success: .170 BAA, 30.1 Whiff%. pic.twitter.com/VaYl3elU4q

Kintzler admits he felt “overwhelmed with analytics” when initially traded to the Cubs in July 2018 (h/t Beyond the Bases podcast). They dialed that back last season to make him feel more comfortable. He also mentioned that pitching coach Tommy Hottovy helped him tweak his delivery—lowering the release point—to make it easier to repeat.

In August, Kintzler had a quick 10-day stint on the injured list to recover from right pectoral inflammation. Otherwise, he was healthy throughout the campaign.

Growing up in Las Vegas, Nevada, Brandon “Bashful” Kintzler had athletic pursuits outside of baseball:

He has since adopted a new nickname: “Salt.” Kintzler credits a former Triple-A teammate for that.

Manager Don Mattingly has said he expects Kintzler to open up the 2020 season as the Marlins closer. It’s a role he held for the 2016-2017 Twins.

Kintzler’s Grapefruit League debut for Miami on Feb. 25 was a smooth, scoreless inning. His return to the mound on Feb. 28? Not so much. Expect about five more Spring Training outings to get him prepared for meaningful games.

A forgettable outing for Brandon Kintzler. Way too much “green” on there pic.twitter.com/gmLoyct7YG

However, that doesn’t assure Kintzler will be able to match his 2019 production. The Cubs infield defense and good luck helped him strand 80% of all baserunners. Also, we have yet to observe how the new artificial turf will impact the run-scoring environment at Marlins Park. Despite the recent uptick in strikeouts, he still misses fewer bats than the typical major league reliever—so many things are simply beyond his control.

Twice in the past three years, Kintzler has been traded on the day of the MLB trade deadline. Marlins fans shouldn’t get too attached, because he ought to draw interest from contenders yet again if healthy and living up to his career norms. That being said, there’s no urgency—the club option in his contract gives Miami’s front office leverage to ask for a substantial return, retaining him throughout 2020 if those demands aren’t met.