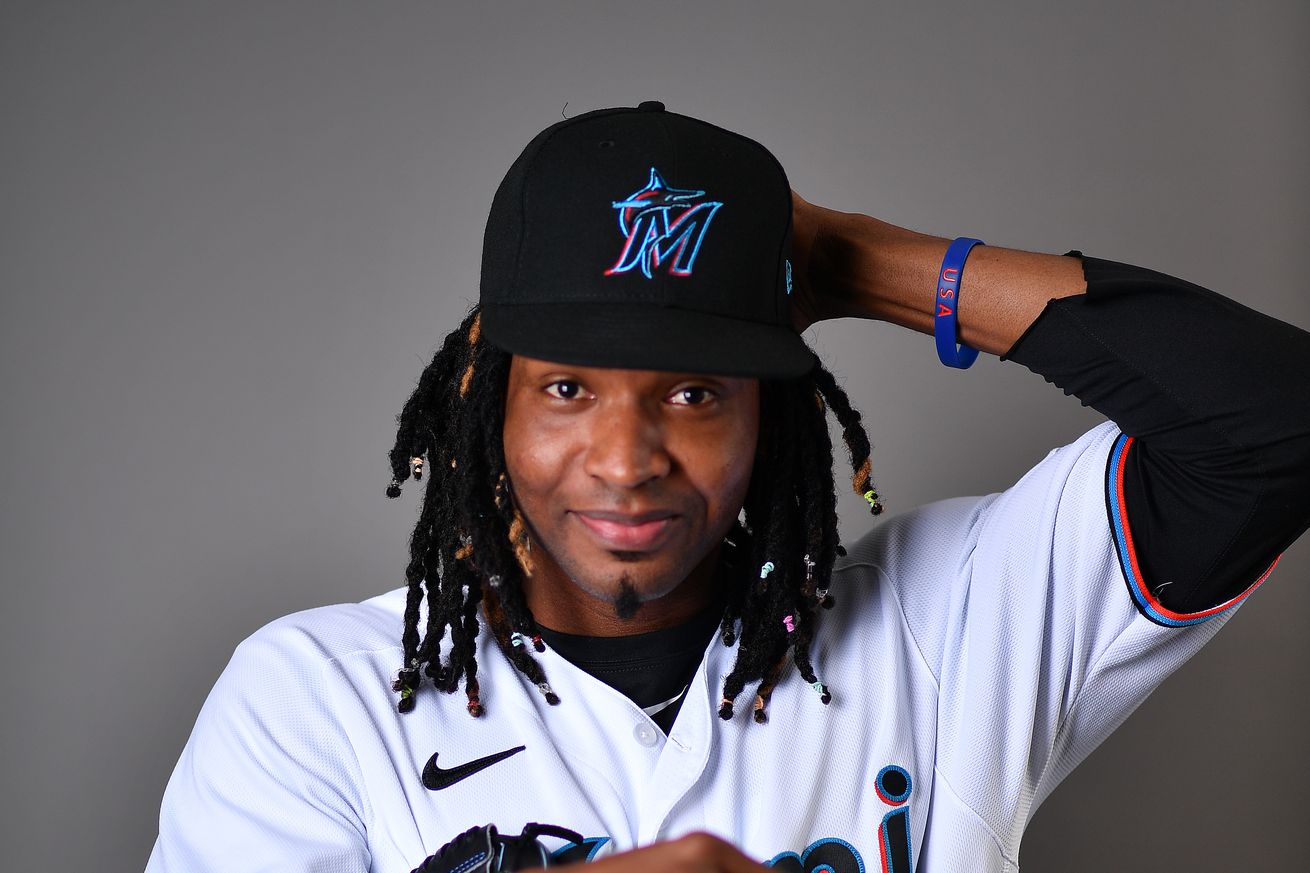 After more than a decade in the Marlins organization, Ureña is increasingly likely to finish 2020 in a different uniform.

Where Did He Come From? Dominican right-hander José Ureña signed with the Marlins as an international amateur free agent on August 29, 2008.

At the very beginning of Spring Training, manager Don Mattingly announced that Ureña would once again serve as the Marlins’ Opening Day starting pitcher. That decision barely received any pushback considering how well he performed down the stretch of the previous season and the lack of trustworthy alternatives.

Ureña began his age-27 campaign with back-to-back-to-back clunkers (Game Score of 25, 31 and 36, respectively). But from there, he began to resemble his usual self with a streak of nine consecutive starts completing at least six innings. For a Marlins team that had plunged to the worst record in the National League while developing capable replacements within their farm system, he seemed like an obvious candidate to shop at the trade deadline.

However, following a poor performance vs. the Braves on Jun. 7—allowing a season-worst 11 hits—Ureña was diagnosed with a lower back strain. It was severe enough that the Marlins transferred him from the 10-day to the 60-day injured list, removing any possibility of trading him.

Ureña was inactive but in attendance for his own bobblehead day promotion on Aug. 10.

When rosters expanded in September, the Fish experimented with Ureña in a high-leverage relief role. Although the results were disappointing (9.00 ERA, 1.70 WHIP in 10.0 IP), he did see an uptick in fastball velocity while striking out an uncharacteristically high 23.4% of total batters faced.

Ureña is notorious for hitting batters—sometimes intentionally—and generally being unable to locate his pitches well enough to exploit opponents’ weaknesses and get whiffs. So you may be surprised to learn that in 2019, he posted a 106 Command+, according to Eno Sarris of The Athletic, where 100 represents the MLB average. That figures tied him with top-of-the-rotation studs like Max Scherzer and Luis Castillo.

Quite a difference one year makes. Speaking at February’s FanFest, Mattingly confirmed Ureña’s return to the Marlins rotation…with the caveat that “we’re gonna ask him to make some adjustments.” He cited fastball usage as an example, but already in Spring Training, you can see mechanical changes being applied, too.

Ureña has eliminated the wind-up in his delivery, pitching out of the stretch even when nobody is on base.

José Ureña is exclusively pitching out of the stretch this spring. Here’s the comparison between his 2019 and 2020 deliveries. pic.twitter.com/kuyieInkHi

Aside from shaving a few seconds off the total game length (yay, pace of play), Ureña prefers the “tempo” that a quicker delivery provides, reports Jordan McPherson of The Miami Herald. Also, a process that involves fewer steps should, in theory, be more repeatable. Can he still generate the same fastball velocity that way? So far, so good—his two-seamer averaged about 96 miles per hour during his most recent Grapefruit League outing on Sunday.

The industry’s leading projection systems aren’t very useful in Ureña’s case because they didn’t consider the Marlins’ plans for him. ZiPS pegged him as a full-time reliever (2020 projections: 4.02 ERA, 4.26 FIP, 0.2 fWAR in 65.0 IP) while others like Steamer and ATC assumed he split time evenly between the rotation and bullpen.

It’s been 11 1⁄2 years since Ureña signed his first professional contract with the Marlins, making him by far the longest-tenured player in the organization. Barring an All-Star-caliber breakout, that relationship seems destined to end in 2020. In fact, don’t rule out the possibility that Ureña gets traded prior to Opening Day—big-market clubs with shaky starting pitching depth like the Yankees, Red Sox and Angels may consider him a slight upgrade over their internal options.

Ureña’s $3.75 million salary is the highest for any pitcher on the Marlins roster. Aside from the temptation to save that dough during a non-contending season, his departure would also open up a 40-man spot to accommodate a veteran non-roster invitee like Brad Boxberger or Pat Venditte.