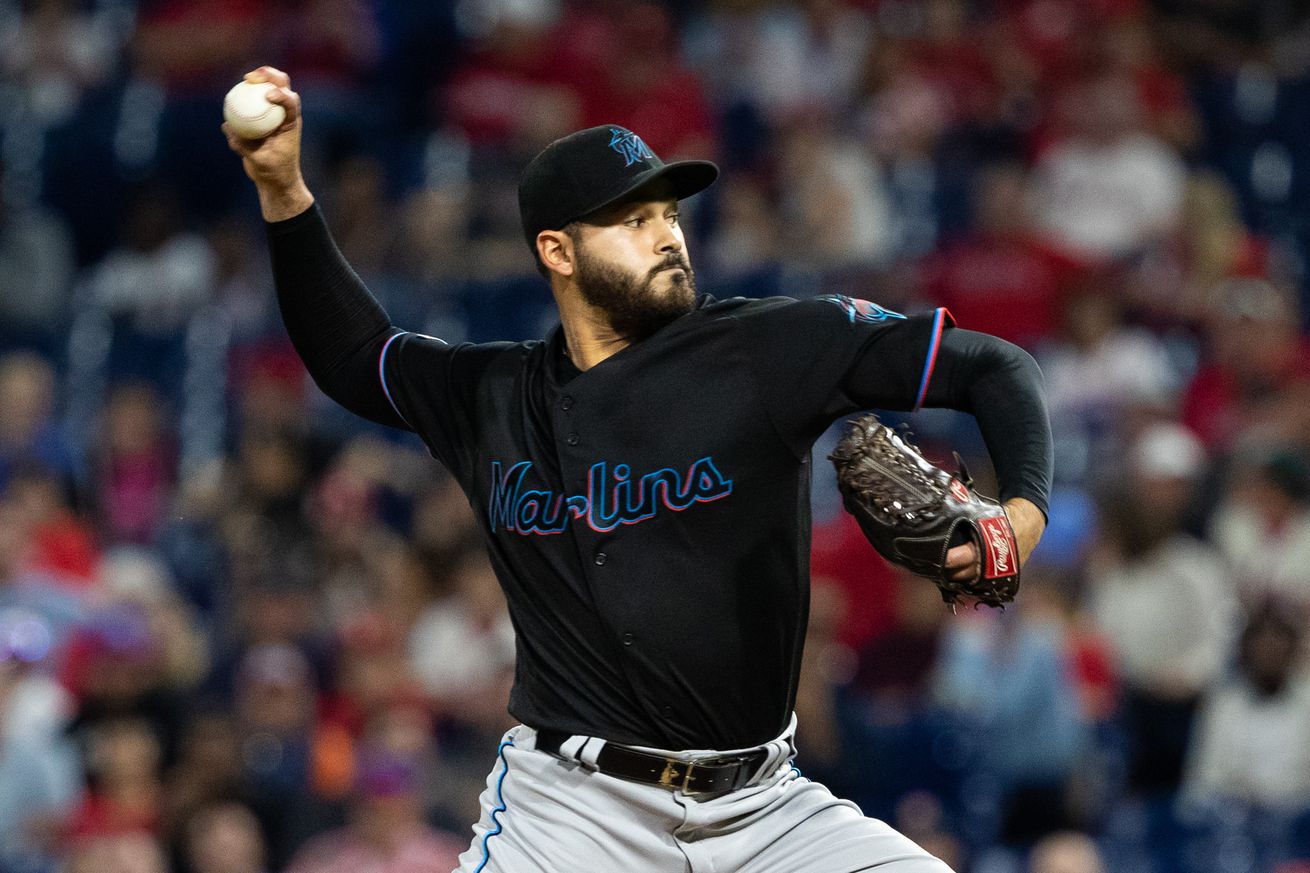 This year, the young righty will try to rebound from a shaky 2019 season in which he only made 21 starts.

Where Did He Come From? The Marlins acquired RHP Pablo López from the Mariners in a trade for RHP David Phelps, in July 2017. They also received OF Brayan Hernández, RHP Brandon Miller, and RHP Lukas Schiraldi.

If you want to describe López’s 2019 season in a nutshell, you can just say that it was full of ups and downs. At times, he looked like a solid starter, but he couldn’t maintain that image for long.

Sometimes, numbers hide important facts. I mean, if you see Pablo’s 2019 stats, you might not fall in love with his high 5.09 ERA nor his 1.24 WHIP, but what you need to know is that there were two abysmal outings on May 10 (vs. Mets) and August 31 (vs. Nationals).

Against New York, he was crushed with 10 hits and 10 earned runs in three innings. Against the eventual World Series champs, he yielded six hits and six earned runs. Subtract those starts, and his total ERA would have been 4.02. Crazy, huh?

Pablo enjoys life along with his girlfriend, Kaylee, and their dog, Bennie, who also happens to have an Instagram account.

The soon-to-be 24-year-old is a very quiet young man who’s only focused on having a successful career in the Major Leagues. Of course, there’s always time to relax, and he spent his offseason in Europe, it seems:

But now, he’s ready to go once again. López is slated to be one of the most important pitchers for the Marlins in 2020.

López is projected to be Marlins’ third starter—behind only Sandy Alcántara and Caleb Smith—and there are reasons to believe 2020 could be his year. After two straight injury-shortened seasons, he’s been trying new strength and conditioning programs.

To have a better year and be what Miami is expecting, there are three key things Pablo must do:

2. Keep an eye on the batted ball: Pablo won’t strike out guys at a crazy pace like Gerrit Cole for example, so he needs to take advantage of other resources. Inducing more groundballs with his sinker and reducing hard contact (36.6% in 2019) will be a key for him this year.

3. Be tougher on the first pitch: Hitters absolutely CRUSHED López’s first pitch of almost every game last season. They hit two doubles, one triple, two homers, and slashed .400/.442/.650 against his first delivery. He can’t get in trouble that soon!

If Pablo can be a more efficient pitcher (and he can), count on him to be a crucial piece for Don Mattingly and the Marlins not only in 2020, but for years to come. He’s already appeared twice in this Spring Training: 4.2 IP, 5 H, 2 ER, 3 BB, 3 K.