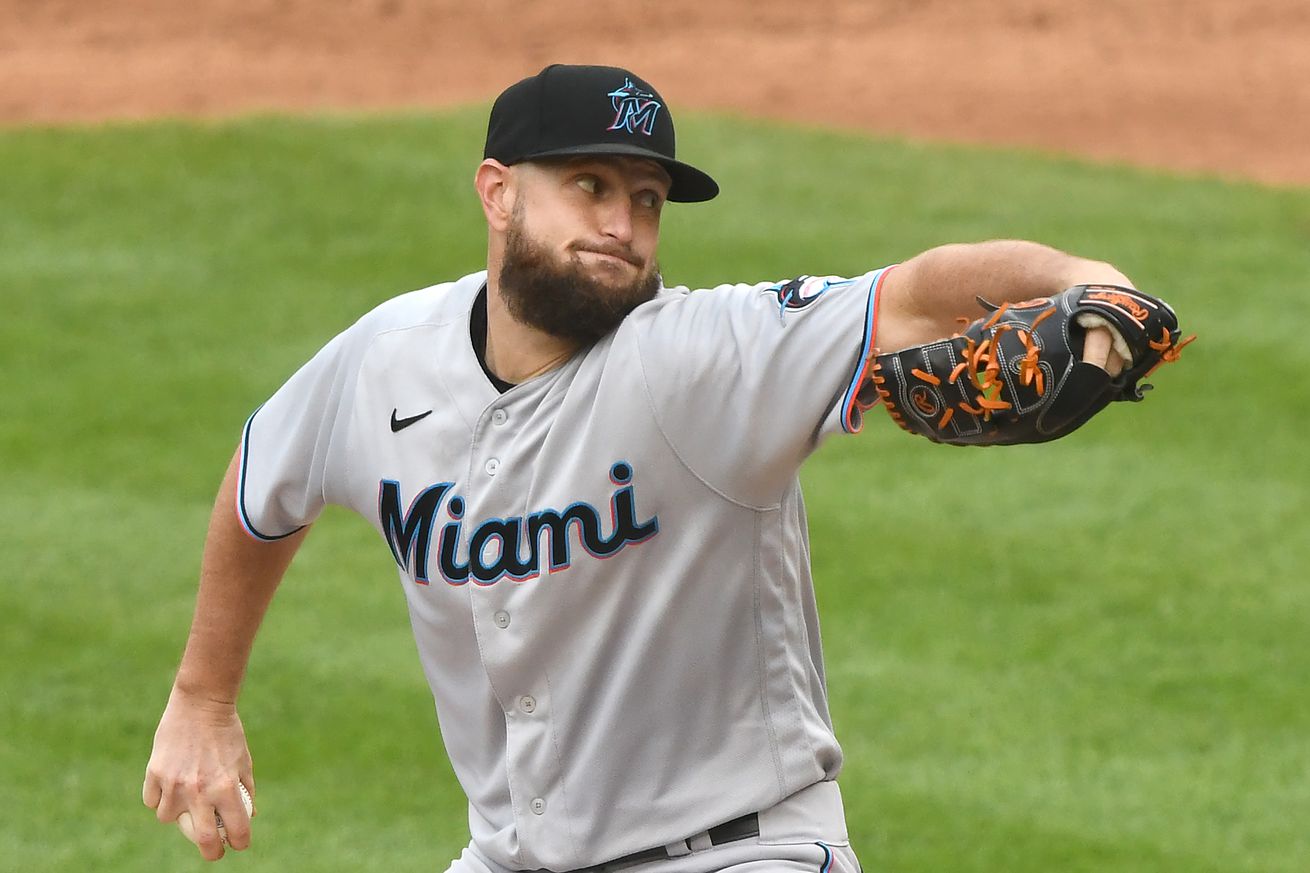 Smith’s versatility was a huge help to an undermanned Marlins pitching staff, but he wasn’t as trustworthy down the stretch.

Quite frankly, I’m struggling to find an angle that makes Josh A. Smith’s 2020 season with the Marlins seem interesting. But the Season Review article series demands thoroughness. His substantial workload in 2020, mediocre as it may have been, must be acknowledged.

Smith inked a minor league deal with the Fish last winter. In 2019, he had been constantly shuttled back and forth between the Red Sox active roster and their Triple-A affiliate. By joining a franchise with fewer established major league pitchers, he must have envisioned getting an extended opportunity to showcase his abilities.

The then-32-year-old pitched in six spring training games. His first five were scoreless appearances, but the Cardinals finally teed off against him on March 12 (1.0 IP, 2 H, 3 ER, 1 BB, 2 K). Perhaps that date rings a bell? Within hours of the game’s conclusion, Major League Baseball suspended the season due to COVID-19 concerns.

Smith spent summer camp training with Miami’s veteran players at Marlins Park. However, he did not crack the Opening Day roster and reported to the alternate training site.

The club’s COVID-19 outbreak during the season-opening road trip cleared the path for Smith’s call-up. He actually made his Marlins debut as a starter on the back end of the Aug. 5 doubleheader vs. the Orioles. But the rest of his usage would come out of the bullpen.

Manager Don Mattingly tried inserting Smith into every situation imaginable. Even with so few games on the schedule, the right-hander pitched in the first, second, third, fourth, fifth, sixth, seventh, eighth, ninth and 10th innings at various points.

Unfortunately, Smith’s effectiveness cratered as the season went on.

On Sept. 24, Smith was placed on the injured list with a fractured nail. He was not active for either the NL Wild Card Series or NL Division Series.

Smith would be first-time arbitration eligible in 2021 if the Marlins held onto him. Instead, expect the Florida native to be designated for assignment and subsequently released over the coming weeks.

That being said, don’t rule out the possibility of him returning on another minor league deal. Smith is the sort of “innings eater” who’s comforting to have around during a full-length MLB season.