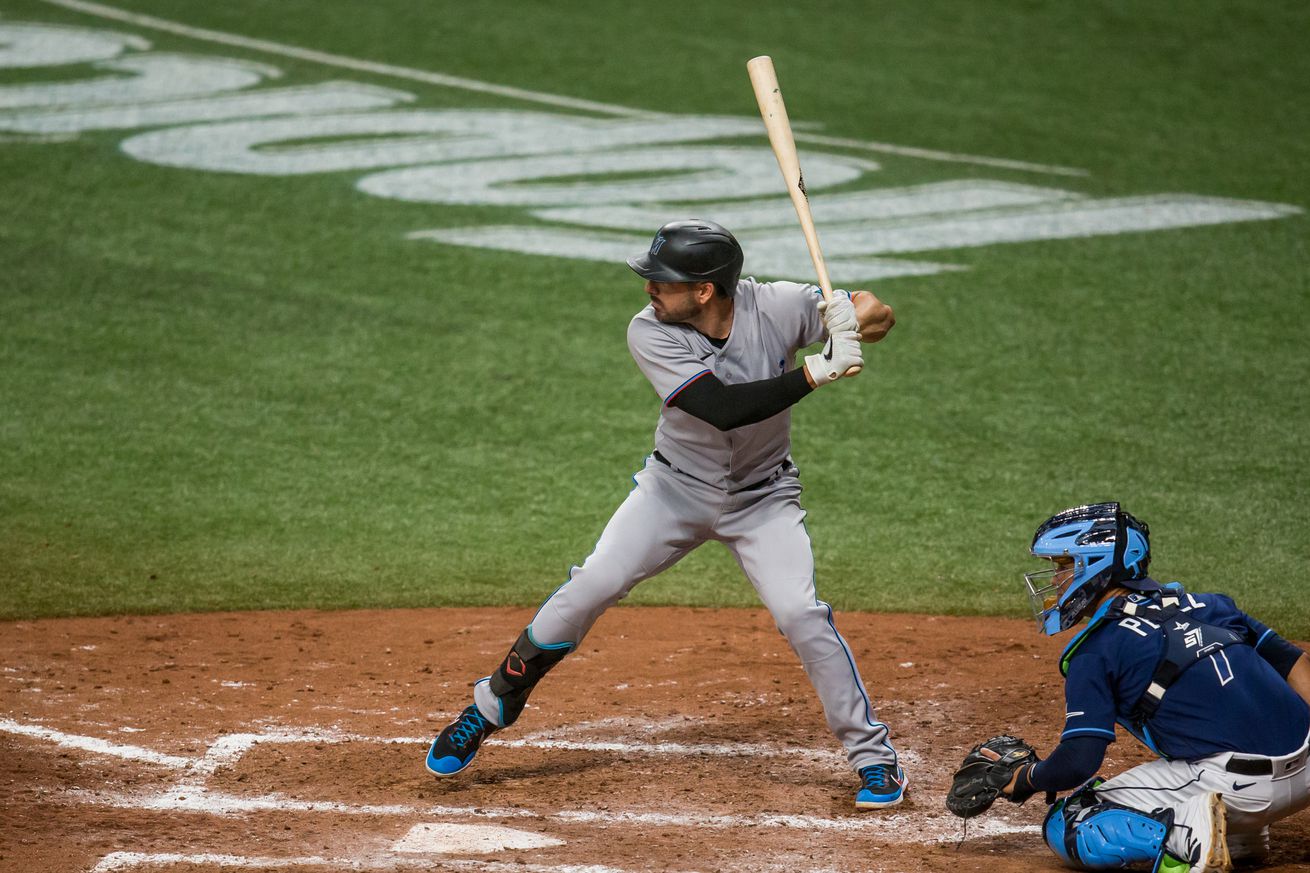 Given a 1-year deal, the veteran proved he still has something left in the tank.

The Marlins completed their free agent shopping for the 2020 season by signing Matt Joyce to a 1-year, $1.5 million deal along with right-hander Brandon Kintzler. While Kintzler performed this year like the steady veteran that he is, Joyce fell short of what fans were accustomed to.

The Marlins were Joyce’s 7th MLB team. The 35-year-old arrived with a long track record of hitting right-handed pitching and being a good clubhouse influence—think the role that Curtis Granderson held the previous season.

Although his bat was less powerful that advertised, he did come up with some key highlight plays defensively (mainly in right field).

when @sweetswingin20 makes one incredible on the night: JOYCE!

when he makes a second: RE-JOYCE!!!! pic.twitter.com/vbQ4BEJXXH

Joyce played a total of 46 out of 60 possible regular season games (76%), including 37 starts—22 at RF, 9 at DH and 6 at LF. That is an accomplishment in the eyes of the Marlins front office considering his age and the fact that he missed the opening series while recuperating from COVID-19.

Last year with the Braves, Joyce had an on-base percentage of .408 which was a career best and a main reason the Marlins signed him. However, for his new team, he dipped to an OBP of .351, the 5th-highest mark on the roster among those with at least 30 games played.

Joyce’s season came with hot streaks and cold ones as well. From August 17-24, he enjoyed a 7-game hitting streak during the season, bumping his batting average from .231 to .306. Surprisingly during that hitting streak the Marlins had a record of 2-5, which goes to show how weird the season is when you have a hot hitter but still lose 5 out of 7. Joyce capped off that streak with one of his best games of the season, hitting 3-for-6 in a road victory over the Nationals.

In August, Joyce showed Marlins fans why he was once an All-Star, but what makes this a “curious case” is how much he tailed off in September (.227 BA/.325 OBP/.288 SLG) despite continuing to get favorable matchups against right-handers. Understandably, Marlins fans dreaded when they saw Joyce in the starting lineup late in the season and the playoffs.

What a throw from Matt Joyce

The Marlins will probably not re-sign Joyce as he is 36 and will be 37 when next August hits—he is in the twilight of his career. For all the individual highlights, his overall defensive metrics were extremely poor as he doesn’t have the first step or the agility to catch fly balls that most outfielders can reach.

Joyce is only a candidate for a minor league deal similar to what the Marlins have done in recent years with the likes of Matt Kemp. He still brings intangibles as a veteran who can teach the younger guys, but even if there’s a reunion, he would receive less playing time than he’s used to.