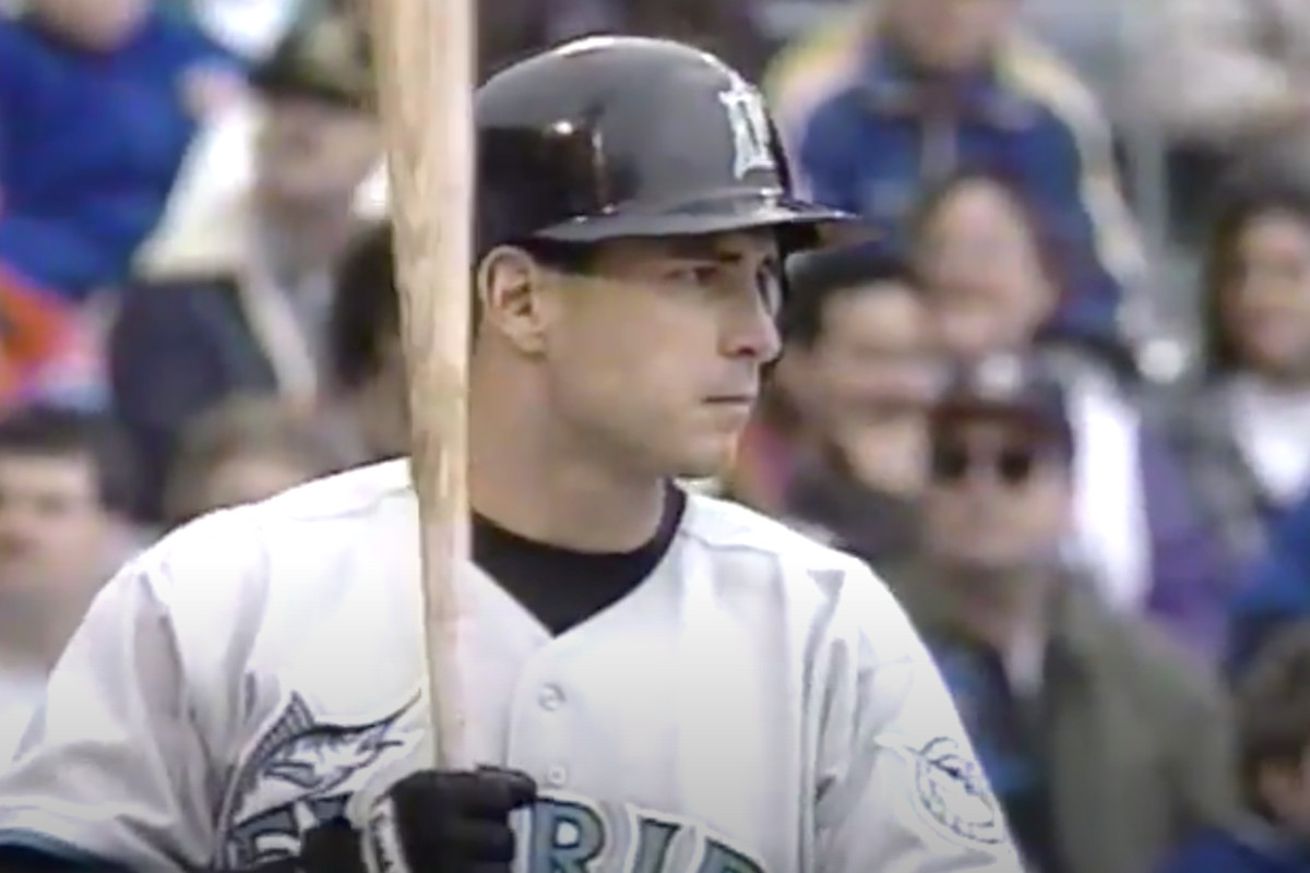 On this day in 1995, Greg Colbrunn put the Marlins ahead for good with a clutch home run against the rival Phillies.

The Florida Marlins improved upon the previous season in each of their first five years as a franchise. Florida seemed to be turning a corner midway through the 1995 campaign.

Thanks largely to an 8-24 record through May, the Marlins were 20 games below .500 through 70 games. Florida would go 42-31 the rest of the way. The last win in their final at-bat of the season came on this day 25 years ago.

Florida was looking to even a three-game series as it played its next-to-last road game at Veterans Stadium on Sept. 19, 1995. The Marlins trailed by four after six innings and three entering their final at-bat, but Greg Colbrunn’s blast capped a four-run inning to stun the Philadelphia Phillies, 5-4.

The Marlins trailed 4-1 as Philadelphia’s All-Star closer Heathcliff Slocumb took the mound in the top of the ninth. Slocumb retired Jesús Tavarez to open the frame, but that would be the lone out he would record.

After a walk to Gary Sheffield, an RBI double by Jeff Conine brought the tying run to the plate. Terry Pendleton singled home Conine and just like that, Slocumb’s day was done.

The Phillies turned to Toby Borland to face Greg Colbrunn. Borland was able to get ahead in the count, but uncorked a wild pitch to move Pendleton into scoring position. Colbrunn worked the count full before depositing a Borland pitch into the left-field stands to give Florida a 5-4 lead.

In the bottom of the ninth, Marlins closer Robb Nen needed just 10 pitches to seal the deal. After inducing a pair of groundouts, Nen struck out Mark Whiten to end the contest.

The comeback stifled what was a splendid outing by Philadelphia starter—and future Marlin—Dennis Springer. Springer allowed just a run on four hits in seven innings. An RBI single by Sheffield in the seventh was all the Marlins could manage off the knuckleballer.

All of the Philadelphia offense came in the first three innings. The Phillies drew first blood on an RBI single by Kevin Stocker in the second before getting to Florida starter Ryan Bowen for three unearned runs in the third. An RBI single by Jim Eisenreich, who would go on to be a member of the Marlins’ 1997 world championship team, doubled the lead before catcher Mike Lieberthal added a two-run double.

Yorkis Perez worked a perfect eighth to earn the win for Florida. Borland took the loss.

The Marlins would collect another one-run victory the next day, winning 2-1, to take their final road series of the year. That wouldn’t have been possible without the thrilling win that took place on this day a quarter century ago.