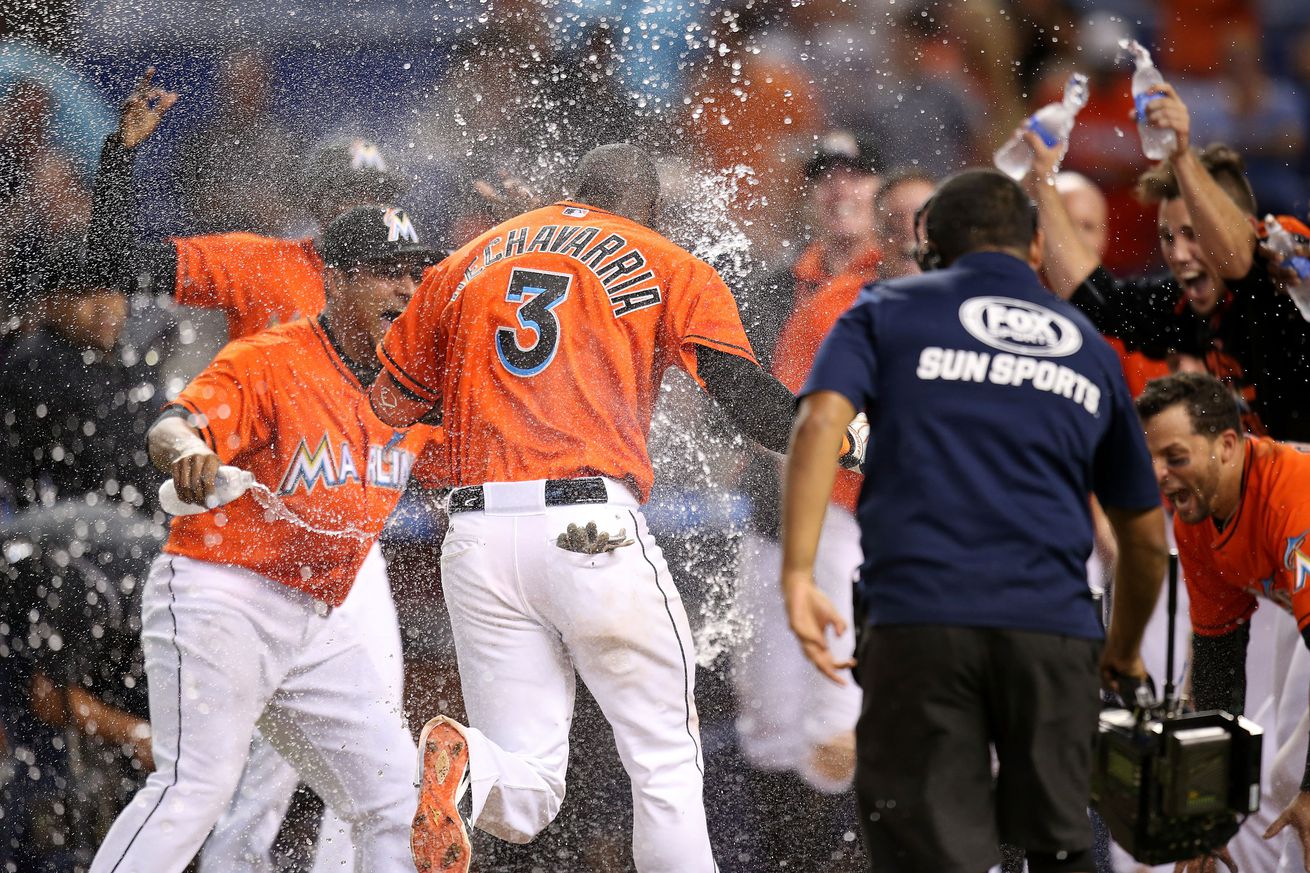 A rare instance of over-the-fence power from Adeiny Hechavarría got the Marlins a much-needed win in the midst of a cold stretch.

In his four-plus seasons as a member of the Miami Marlins, shortstop Adeiny Hechavarría was known more for his glove than his bat.

During the 2015 season, however, Hechavarría had some magic moments with the bat. Although he hit just six home runs that season, two were game-winners. His only walk-off came on Aug. 2, 2015 in a 5-2 victory over the San Diego Padres.

Prior to a ninth inning that saw the teams combine for five runs, all the scoring had come in the bottom of the first. After an RBI double by Miguel Rojas scored Ichiro Suzuki, Rojas came around to score on a sacrifice fly by Derek Dietrich.

After taking a 2-0 lead into the top of the ninth at Marlins Park, the Padres drew even when Alexi Amarista took Miami closer AJ Ramos deep for the tying two-run home run with one out.Ramos was able to get out of the jam with any further damage.

That set the stage for a walk-off victory.

Against Brandon Maurer, the Marlins wasted no time putting the winning run on base. Martín Prado led off the inning with a walk before moving to second on a sacrifice bunt by Cole Gillespie. After a walk to catcher Jeff Mathis, Hechavarría came to the plate with one out, needing a hit to end it.

On the second pitch he saw from Mauer, Hechavarría hammered a fastball over the left-center field wall for a walk-off three-run home run. That spared the Marlins from being swept by the Padres for the second straight weekend and sealed their only win over San Diego on the season.

Fernández was unable to get the win. That belonged to Ramos after blowing the save in the ninth. Maurer took the loss.

Hechavarría’s blast served as his game-high third hit of the day as both teams managed seven knocks. Rojas added a pair of hits for the Marlins. Amarista and Yangervis Solarte each had two hits for the Padres.

During an 11-game stretch from late July to early August in 2015, the victory served as the Marlins’ lone win. It came in dramatic fashion and on this day a half-decade ago.