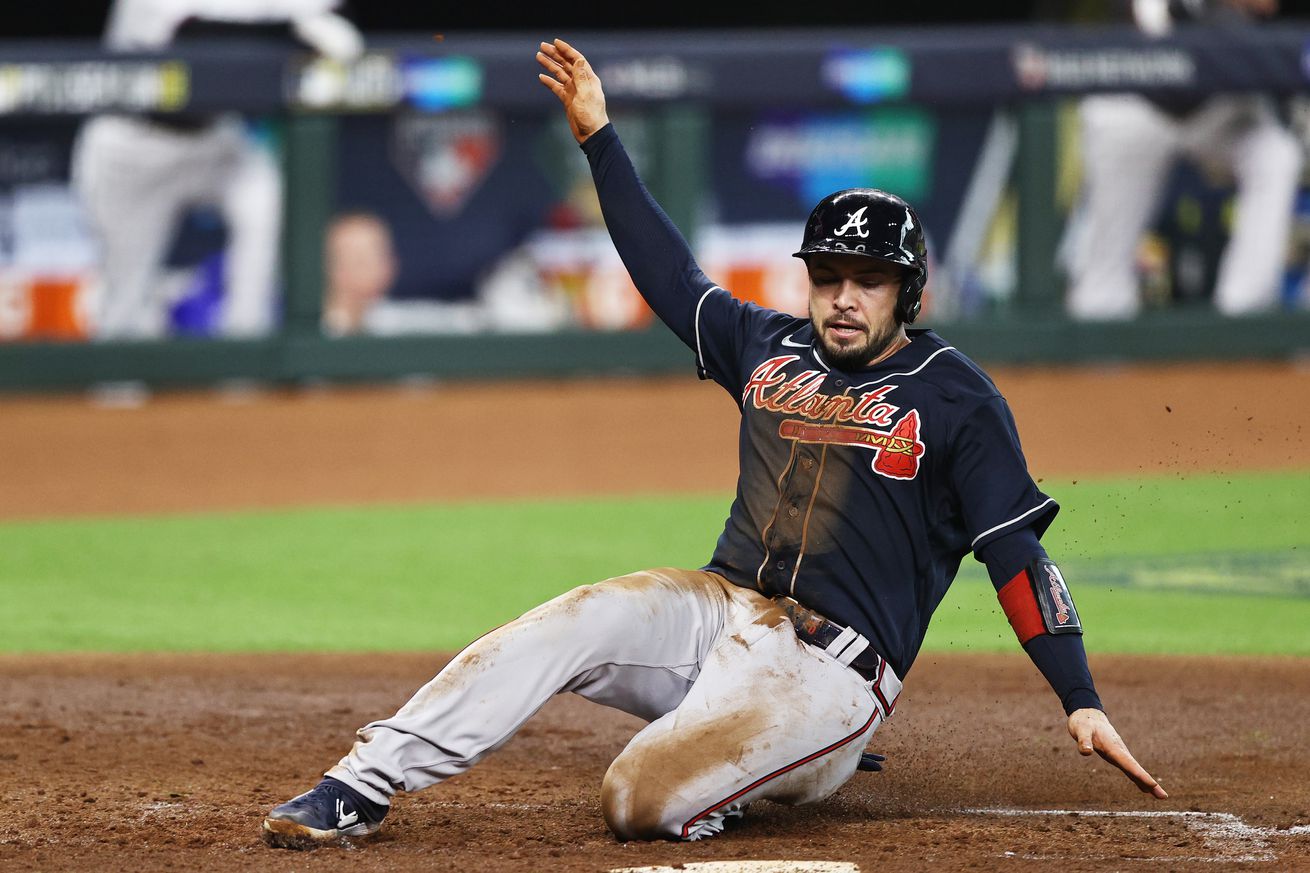 The Braves overcame a thin starting rotation to win the NL East title and they’ve been undefeated in the MLB postseason through two rounds.

The Braves have convincingly punched their ticket to the 2020 National League Championship Series on the heels of yet another MLB postseason series sweep.

Designated hitter/outfielder Marcell Ozuna has been the most consistent hitter in the Atlanta lineup this year (.338/.431/.636, 179 wRC+, 2.5 fWAR in 267 PA), and that’s saying a lot for a club that averaged 5.8 runs per game during the regular season. Of some concern, though, he has 10 strikeouts and zero walks thus far in the postseason. Ozuna was signed and developed by the Marlins, playing parts of five major league seasons for them (2013-2017) prior to getting traded.

Slugger and South Florida native Peter O’Brien signed a minor league deal with them after earning MVP honors in the Dominican Winter League. He was nothing more than a depth piece, apparently—the Braves released him when veteran outfielder Nick Markakis returned after initially opting out of the season due to COVID-19 concerns. O’Brien very briefly excited the Marlins fanbase with a hot streak in September 2018. His overall numbers with his hometown team: .231/.306/.426, 99 wRC+, 0.2 fWAR in 121 PA.

The Braves now await the winner of the Padres-Dodgers series (the Dodgers lead, 2-0). The NLCS will begin Oct. 12 at Globe Life Field.

The Marlins and Braves are not scheduled to play each other during 2021 spring training. The rivalry resumes Apr. 12-15 at Truist Park.