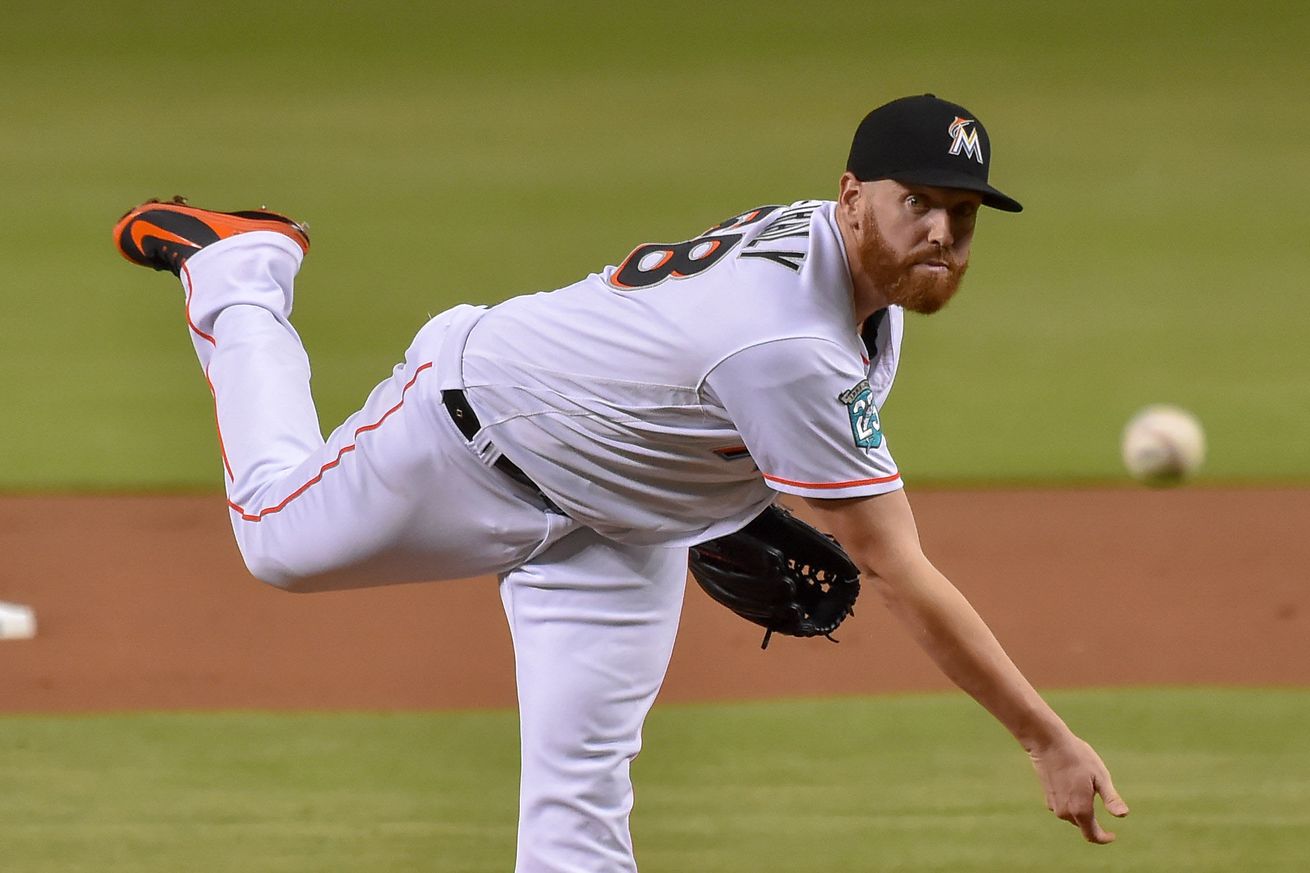 Straily was the most reliable member of a thin Marlins starting rotation for two seasons. Then the day before beginning a third campaign, he was abruptly cut in a cost-saving move.

Dan Straily’s tenure with the Marlins will never be remembered fondly by the average fan. Having already invested in Edinson Vólquez and Jeff Locke to fortify the starting rotation in the aftermath of José Fernández’s tragic death, the team identified Straily as the final piece coming off a solid 2016 season with the Reds. Though he was affordable from a salary perspective, the Fish were required to surrender prospect depth from an already-thin farm system, headlined by Luis Castillo. The hard-throwing right-hander debuted midway through 2017 and quickly emerged as a more effective player than the veteran he’d just been traded for.

That being said, Straily’s impact in Miami—on and off the field—was undoubtedly a positive one. From 2017-2018, he led all Marlins pitchers with 269 strikeouts and 2.1 Wins Above Replacement (per FanGraphs). He willingly offered pitching and lifestyle tips to younger pitchers in the organization.

Then, the day prior to Opening Day 2019, with no advance notice and all other major league jobs essentially filled, the Marlins released him.

The then-28-year-old describes the news of being traded to the Fish as “a wrench in our system.” Moving into Little Havana with his wife, Amanda, was “a little overwhelming” considering their limited Spanish vocabulary. Understandably, “it was a tough clubhouse to walk into because there were two groups—those guys who had to experience [José’s death] first hand and us new guys,” he says.

However, “living there really started to change our views and we really started to like Miami,” Straily adds. “We developed a lot of friendships there with families over time. We felt extremely comfortable in Miami…It became home for us.”

Straily’s 2018 season was cut short by a forearm strain on the front end and an oblique injury down the stretch. Though he admits there was a mild reoccurrence of the forearm issue in the spring of 2019 following a deadlifting workout, he returned to full strength for the Grapefruit League. Despite mediocre results in five starts (5.94 ERA, 1.44 WHIP in 16.2 IP), he was the elder statesman on a rebuilding pitching staff. The Marlins gave him every indication that he’d open the season in their rotation.

On the final day of spring training, pitching coach Mel Stottlemyre Jr. told Straily to report to the manager’s office. He thought it was “just a formality” to inform him what day he’d be making his first regular season start.

Here’s what happened next from Straily’s perspective:

I literally looked at him. I said, “What?”

We talk [on the podcast] this is not personal, and it’s not. It’s a business thing. But these three men I was in the room with were my bosses, yes, but they were also my friends. I spent two years winning games in the trenches with these guys. They were not just the people that were running the team—they were the people I’d interacted with on a daily basis.

I have to respect the one thing I said in that room when I said, “Hey Mike, was this based on what I did this spring or was this about money?”

He said, “it’s not about what you did this spring.”

Straily had been slated to earn $5 million in 2019. The timing of the decision cost him more than three-quarters of that because players during their arbitration years don’t have their salaries fully guaranteed until the regular season begins.

Miguel Rojas was the first teammate that Straily told. Then he called Amanda.

“It was the first time in my entire baseball career that I truly felt like I let my wife down,” Straily says. “It was by far the hardest thing about this whole situation.”

Straily eventually caught on with the Orioles, but performed terribly. The Phillies purchased him prior to 2019 trade deadline and assigned him to their Triple-A affiliate. As of this writing, it’s been 16 months since his last major league appearance.

But don’t rule out a 2021 return to MLB. Straily has spent this season with the Lotte Giants of the Korea Baseball Organization where he leads the league by a wide margin with 147 strikeouts. His 3.11 FIP ranks third among all qualifiers.

Even though Straily’s future podcast episodes are expected to have limited Marlins-related content, I highly recommend subscribing on Apple or wherever you get your pods.