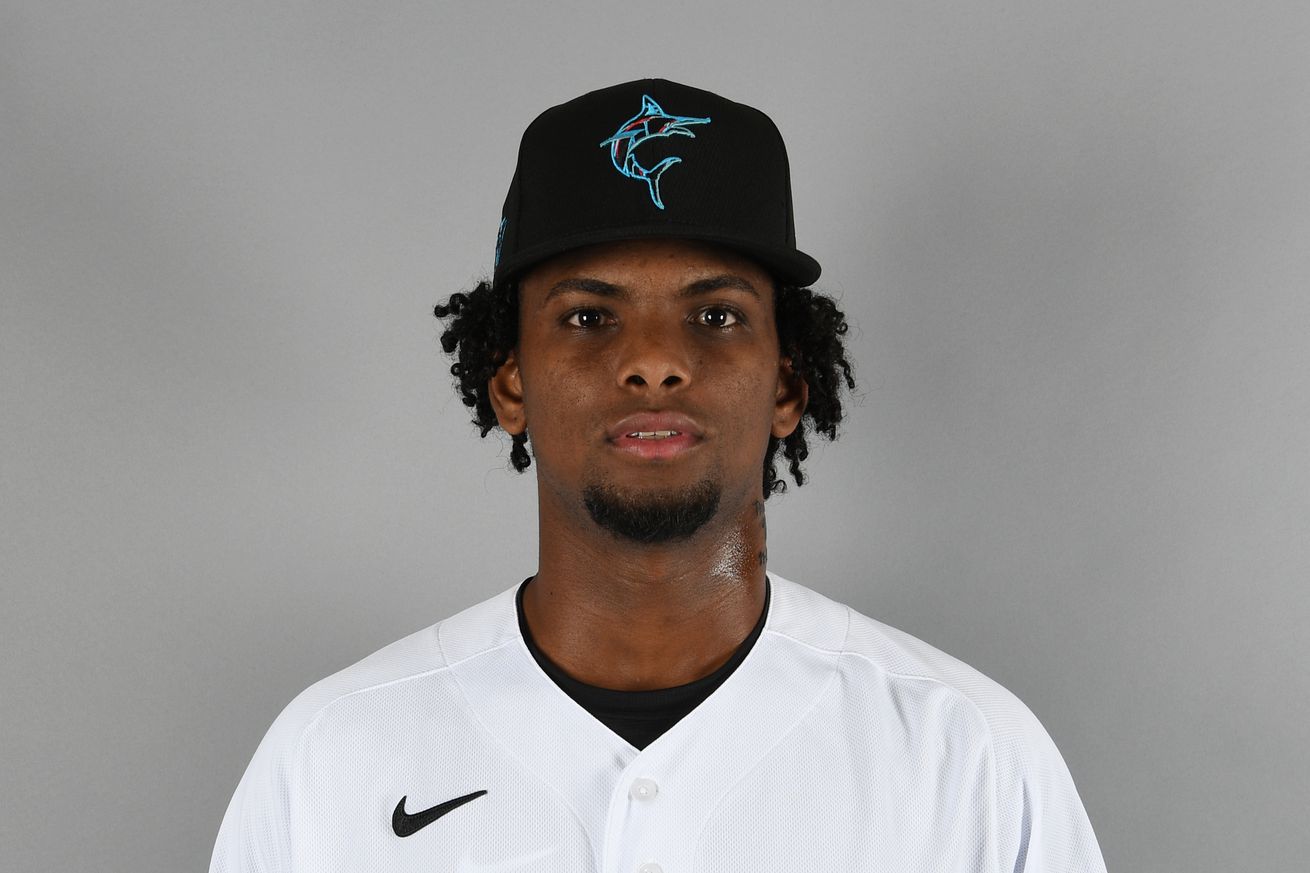 The 22-year-old righty has been on a meteoric ascent over the last 18 months, and could soon get his first taste of big league action.

It has been a season chock full of debuts for the Marlins’ pitching staff, from Sixto Sánchez to Johan Quezada, offering a preview of years to come in Miami. Any day now, fans could witness the next high profile pitching debut for the club, as top prospect Edward Cabrera was recently added to the team’s taxi squad. The Fish don’t list him as a probable starter for any of this weekend’s games against the Yankees, and we aren’t yet certain whether or not we’ll see him throw in the big leagues this year at all or not, but that could change in a hurry at any time. It’s an exciting development—for much of this year Cabrera was shelved with an arm injury which halted his activities, so if nothing else fans can rest assured that he’s put that setback in the rearview mirror.

Last we saw Cabrera, he was enjoying one of the most dominant seasons in all of Minor League Baseball, putting himself on the radar as a nationally coveted prospect. In the first couple years of his pro career, Cabrera had been known as tantalizing but frequently frustrating. His physicality on the mound was imposing at a projectable 6’4”, and he immediately sat 92-95 as a professional while flashing a plus breaking ball. At his best, he gave evaluators a lot to dream on, but in the early stages of his career, he didn’t show the fastball command expected of a starting pitcher, and the shape on his breaking ball was wobbly, causing many to earmark him as a likely relief arm. Nonetheless, based on his upside, youth, and the fact that he held up throwing over 100 innings in 2018, he was ranked in the 10-20 range of organizational prospect lists, with all outlets noting his significant upside.

With more eyeballs than ever on him in 2019, Cabrera responded with a massive step forward. Assigned to High-A Jupiter, he dominated the FSL to the tune of a 2.02 ERA and 2.20 FIP, striking out 32.2% of opposing batters. His walk rate dipped precipitously, and the tantalizing but inconsistent breaking ball started showing consistent bite, and generating whiffs in bunches. This prompted a quick promotion to Double-A Jacksonville, where he was able to largely maintain his performance. He did start to surrender more hard contact, with his HR rate jumping significantly, but this is understandable as he was transitioning out of a league that is especially hard on power in the FSL. Fueling his ascent was a mechanical adjustment that altered his arm angle, which Cabrera took to like a fish to water, demonstrating some valuable adjustability.

The huge 2019 prompted evaluators to push Cabrera about 10 spots up organizational rankings, some even slotting him ahead of Sixto Sánchez as the #1 pitcher on the farm. The jump was enough for him to be placed in many MLB top 100s. The Marlins indicated that he’d begin the 2020 regular season at Double-A, but fans were gearing up for his big league debut shortly thereafter, perhaps as early as June 2020.

The COVID-19 shutdown threw a wrench in these plans, and further complications arose when Cabrera was shut down with arm discomfort over the summer. Details on his rehab have been a bit scant, but with the Marlins adding him to the taxi squad, it’s reasonable to assume that the team is pleased with his progress thus far. In fact, circumstantial evidence suggests that he has included in their 40-man postseason player pool (pools needed to be submitted to MLB last Sunday, but the Marlins won’t formally announce theirs until they secure an October berth).

If there is a plan for Cabrera to get his feet wet during the final three regular season at Yankee Stadium, he isn’t tipping his hand. When asked by a fan on Instagram Thursday about when he’d debut, he responded in Spanish, “When God wants. This is in His hands.”

Despite Cabrera’s significant strides over the last year plus, he isn’t yet especially close to hitting his ceiling. There’s still another potential tick of command to unlock here, and Cabrera’s changeup remains more of a proof of concept than a reliable third offering, though it does show significant potential. It might be a bit risky to tinker further with Cabrera’s mechanics, but he took to previous adjustments with ease and the feel for the change is already in place, so it feels reasonable to project further improvements here.

As of right now, Cabrera’s average command and reliance on two pitches give him some reliever characteristics. At just 22 years old, it is far too early in his career to permanently shift him to bullpen work. However, as of right now I would posit that it’s the best role for him, and if he does end up throwing for the Marlins in 2020, I’d expect it to be in that capacity. Throwing in short stints will give Cabrera greater margin for error with his command and allow him to focus on attacking with purely his fastball/breaking ball combo, which would hopefully ease his transition to the highest level. It’s not uncommon for young pitchers to get their first taste of the majors out of the bullpen before transitioning back to the rotation later on, and that’s a path that seems well-suited for Cabrera.

If all goes according to plan, Cabrera could come to Spring Training 2021 with a real opportunity to earn an Opening Day rotation slot, one that he has the potential to hold for years to come. It takes a bit of dreaming to arrive at a true ceiling projection for an arm like his, but in my view there is the raw upside of a No. 2 starter.