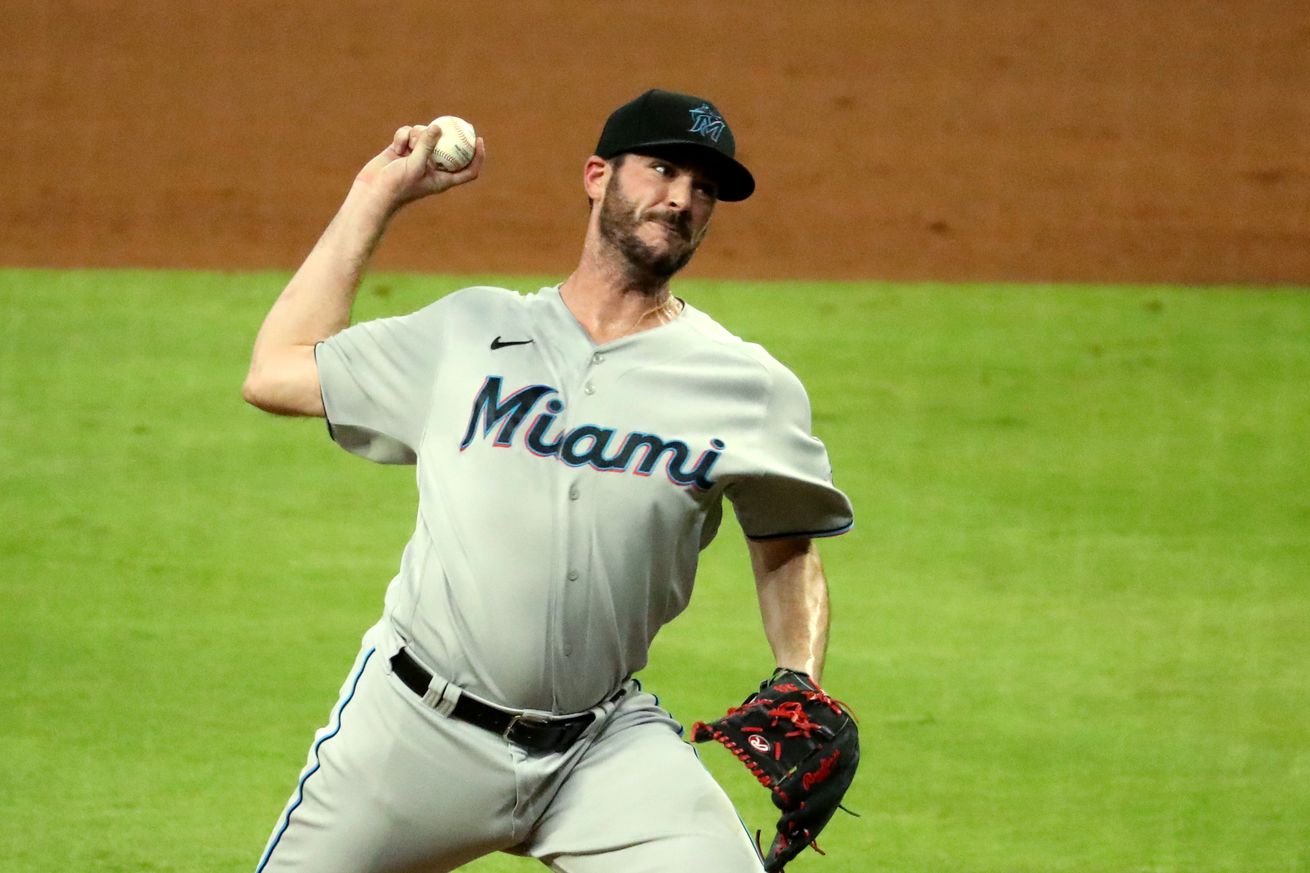 The Marlins didn’t expect Hoyt to emerge as a long-term middle relief weapon, but his first month-plus with the organization has been a massive success.

July’s COVID-19 outbreak disabled 18 Marlins players. The bullpen was hit especially hard, challenging Mike Hill and the rest of the Marlins front office to suddenly reconstruct a unit that had already been considered a weakness for the club. On August 1, as part of that effort, the Marlins struck a trade with the Cleveland Indians to bring RHP James Hoyt to South Florida for cash considerations.

Since then, Hoyt has been nothing short of exceptional. In 10.1 IP this season, James has a 1.74 ERA and 15 K (11 straight scoreless appearances as of this writing). His success with runners on base has been remarkable as he has posted a LOB% of 94.3!

While Hoyt has seemed like a bargain pick-up, the real question is how long can he keep this up for. Health permitting, it’s clear that he will remain in the Marlins ‘pen through the end of September, but can the veteran be trusted in potential playoff games, and should the team seriously consider retaining him for next season and beyond?

Let’s take a closer look into the numbers.

James Hoyt has been a strikeout machine this season, as his K/9 is at an outstanding 13.06. But is this enough to overcome his 5.23 BB/9? Well, only time will tell truthfully. The high walks and the single home run he has given up increased Hoyt’s FIP up to 3.55, and while it isn’t bad, it is also more than doubled his current ERA. Lowering his walk rate seems to be the first key to sustained success

2) Great defense or a bit of luck?

Honestly, maybe both. With guys like Miguel Rojas behind you, pitchers should feel good, but Hoyt’s BABIP this season is incongruous to that of his major league career. Throughout his years in professional baseball, Hoyt has a career BABIP of .308, which is .70 points higher than his BABIP in 2020 (.238). As the season goes on, one can expect more balls to get through when James pitches, but if he has turned a corner, keeping this low of a BABIP would be very telling.

Here is where the numbers get concerning. Hoyt has a GB% of 36.4%, which is about 6% less than league average. His FB% is 50.0%, which is nearly 15 points higher than the league average. Generally, we prefer a high ground ball percentage and a low fly ball percentage to mitigate the risk of batters doing big damage with one swing. Therefore, just based on this small sample size, Hoyt will probably slightly regress, as those fly balls could potentially turn into homers.

James has given up a lot of hard contact this season, when he does give up contact. Opposing batters have a 38.1 Sweet Spot% this season. This means batters make contact with a launch angle higher than 8 degrees and an exit velocity higher than 95 MPH against him 38.1% of the time. His Hard Hit rate is at a lofty 47.6% and for sustained success, this must go down.

Overall, it will all come down to this: James Hoyt needs to keep striking out batters while lowering his walks.

If he is able to do that the rest of the way, Hoyt will stay as one of Mattingly’s best tools in the Marlins bullpen. At this pace, James Hoyt is showing a lot of similarities to former Miami setup man Kyle Barraclough, with a putaway slider than can neutralize any opponent when he has it working.

Despite Hoyt’s age—he will turn 34 on Sept. 30—the Marlins will have club control over him through the 2024 season, if they choose to.