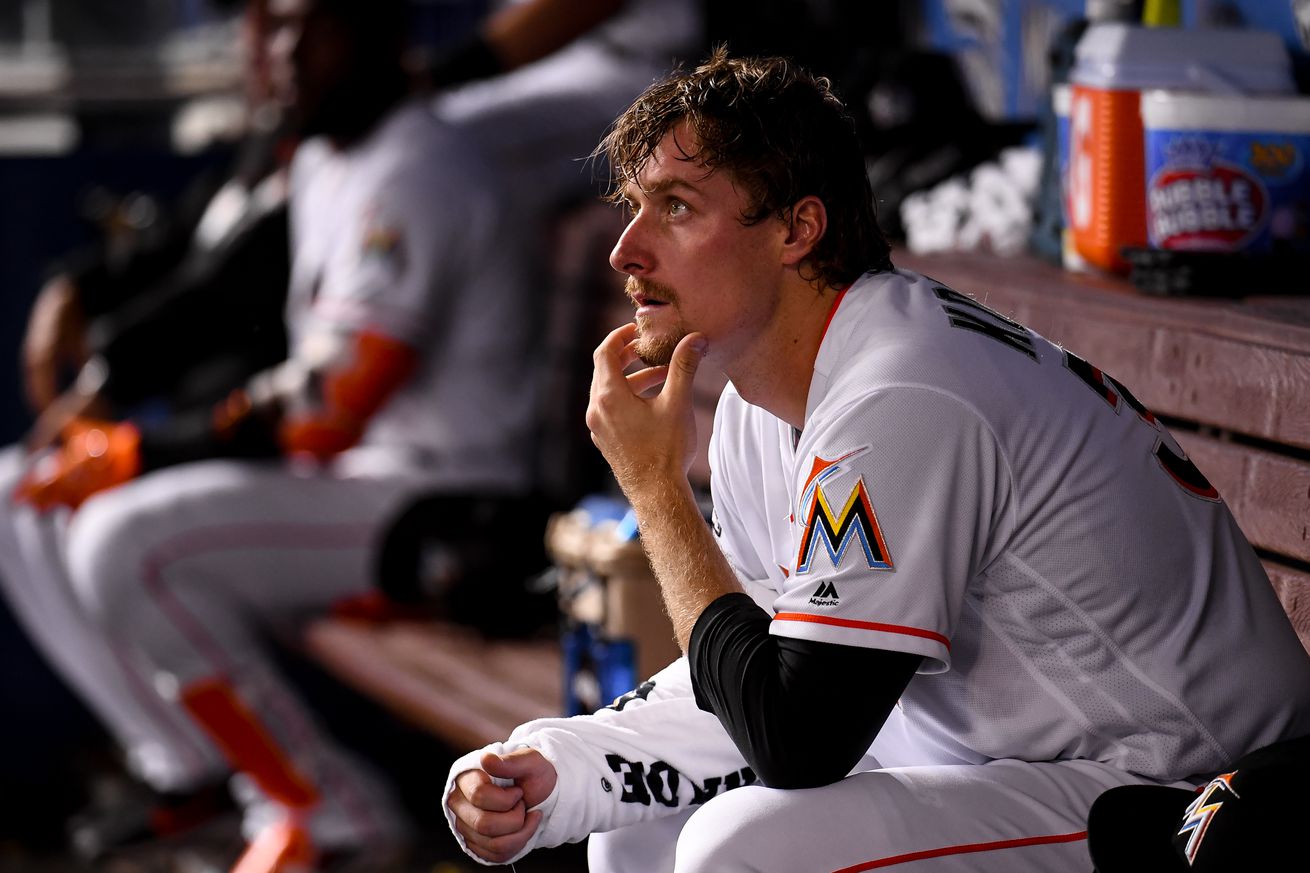 Koehler pitched six seasons in the major leagues before being derailed by injuries.

It has become increasingly common for athletes to announce their biggest career moves via social media. Curtis Granderson, for example, retired at the end of January with a neatly edited letter, thanking each of his former teams and contemplating his legacy. That’s typical.

But Tom Koehler has a more casual style. On Monday morning, the veteran right-hander shared his own retirement news by literally hanging up his cleats in Pirates clubhouse and taking a photo of it.

Thank You ⚾️ you have been great to me. Looking forward to starting my next chapter in the game. Idk when or what that will be. But first I have some 5 year old softball to watch.

Less than a month ago, the 33-year-old was seemingly in great spirits. “I am heading to spring training feeling strong,” he posted on Instagram, “and more importantly ready to compete.” Even more recently, he was training at Pirates camp in Bradenton on the #roadtopittsburgh.

Whether it was an aggravation of his right shoulder issues or the realization that his stuff was no longer than same, Koehler has suddenly decided that his playing days are over.

An 18th-round draft pick out of Stony Brook in 2008, Koehler spent the vast majority of his professional baseball career—more than nine years—in the Marlins organization. He posted a 4.43 ERA, 4.51 FIP and 1.40 WHIP in his 767 1⁄3 major league innings for the Fish. That tenure included three straight seasons of 30-plus starts from 2014-2016, which no Marlin has been able to do since then. The right-hander ranks top 10 among all pitchers in franchise history in virtually every counting stat. He’s second only to the late, great José Fernández with 19 career wins at Marlins Park.

With the Marlins below the .500 mark on August 19, 2017, Koehler was traded to the Blue Jays for right-hander Osman Gutierrez. After being non-tendered that offseason, he signed a major league deal with the Dodgers, who envisioned him in a relief role. Unfortunately, he never made it all the way back from July 2018 shoulder surgery.

For as frustrated as Koehler may feel right now, the New York native had a playing career that greatly exceeded expectations and earned nearly $13 million along the way. Fish Stripes congratulates him on making such an impact on the Marlins and looks forward to seeing what the next chapter will be.