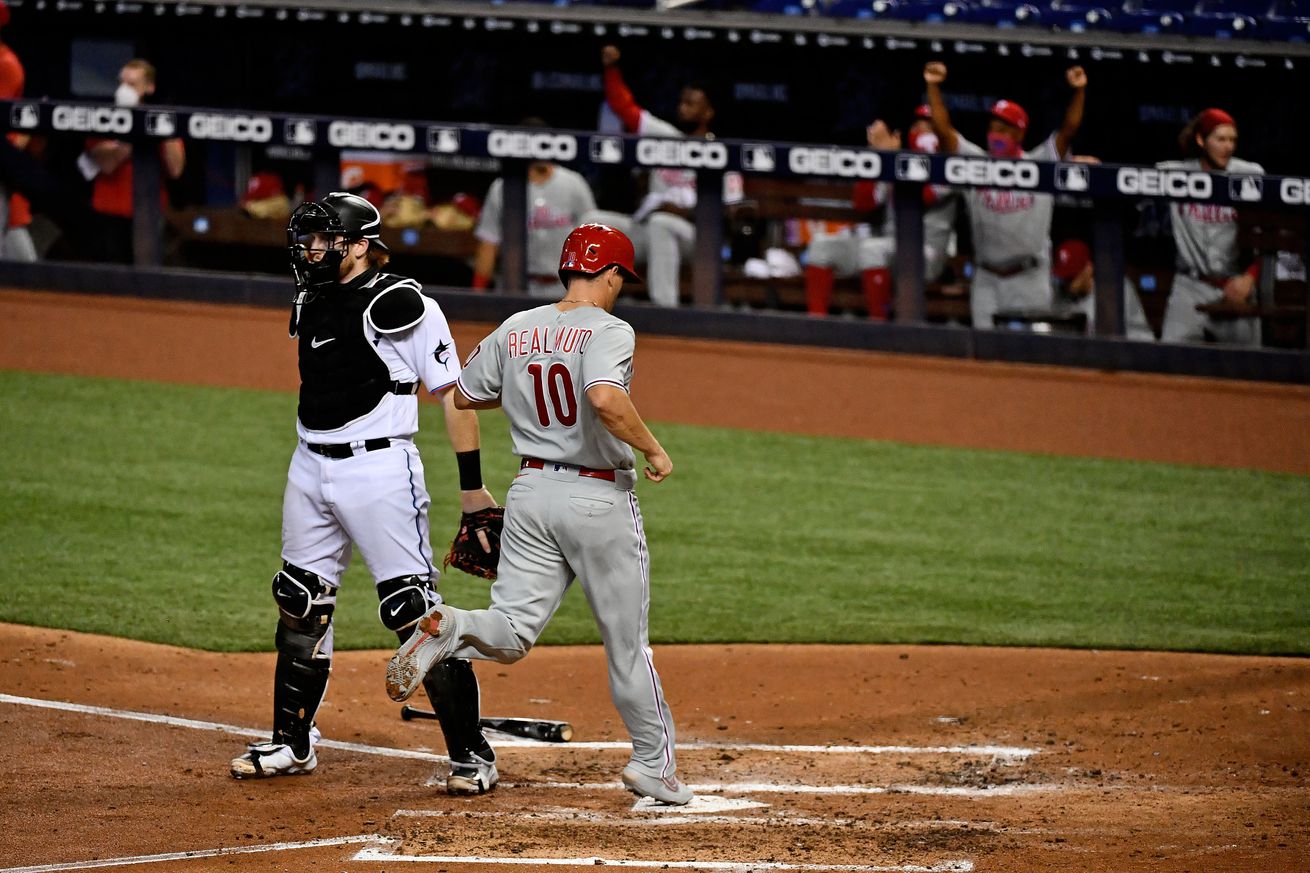 The Marlins temporarily fall back down to .500 after failing to score against Phillies ace Aaron Nola.

MIAMI—What started off as a promising outing for Marlins pitcher Trevor Rogers quickly dissolved into a 11-0 shelling at the hands of the Philadelphia offense.

Rogers started off game one on Friday cruising through two innings of the first-ever major league doubleheader in Marlins Park history. After allowing a leadoff double to Philadelphia outfielder Andrew McCutchen, the 22-year-old rookie retired seven straight batters. Though the first two innings, he struck out five hitters, and caused ten swings-and-misses.

But things went very bad, very quickly for Rogers. The first four Philadelphia batters of the third inning put the ball in play at at least 102 miles per hour, including a two-run home run by McCutchen to give the Phillies a 2-0 lead.

Rogers would allow two more runs in the inning off a Jean Segura double. He would exit the game during the fourth inning, but not before giving up five more runs, putting Miami in a 9-0 hole early on in the seven-inning game. Phillies hitters went 2-for-9 in their first at-bats against Rogers, then 5-for-8 in their second at-bats.

The left-hander’s earned average ballooned from 3.00 to 6.50 during the course of this forgettable outing.

Robert Dugger—designated as the 29th man for this doubleheader—came in to mop up the rest of the innings for Miami. He allowed two runs in 4.0 IP on four hits. Miraculously, neither Marlins pitcher gave up a walk.

The Marlins offense barely showed any signs of life against Philadelphia starting pitcher Aaron Nola. Besides shortstop Jazz Chisholm reaching base on a hit-by-pitch in the third inning, the Marlins had no base runners until Brian Anderson hit a single to open up the fifth inning and break up the no-hitter.

One of those hits came off the bat of infielder Isan Diaz, a two-out single to center in the fifth with an impressive exit velocity of 107.3 MPH, according to Statcast. He made his return after initially opting out of the season in late July. After resuming workouts a couple weeks ago, he got the call this morning after training at the Jupiter training site.

At the conclusion of game one of the doubleheader, the Marlins are one game behind the Phillies for second place in the NL East.

Daniel Castano will be pitching in game two for Miami, while Philadelphia will be using their bullpen the rest of the night.