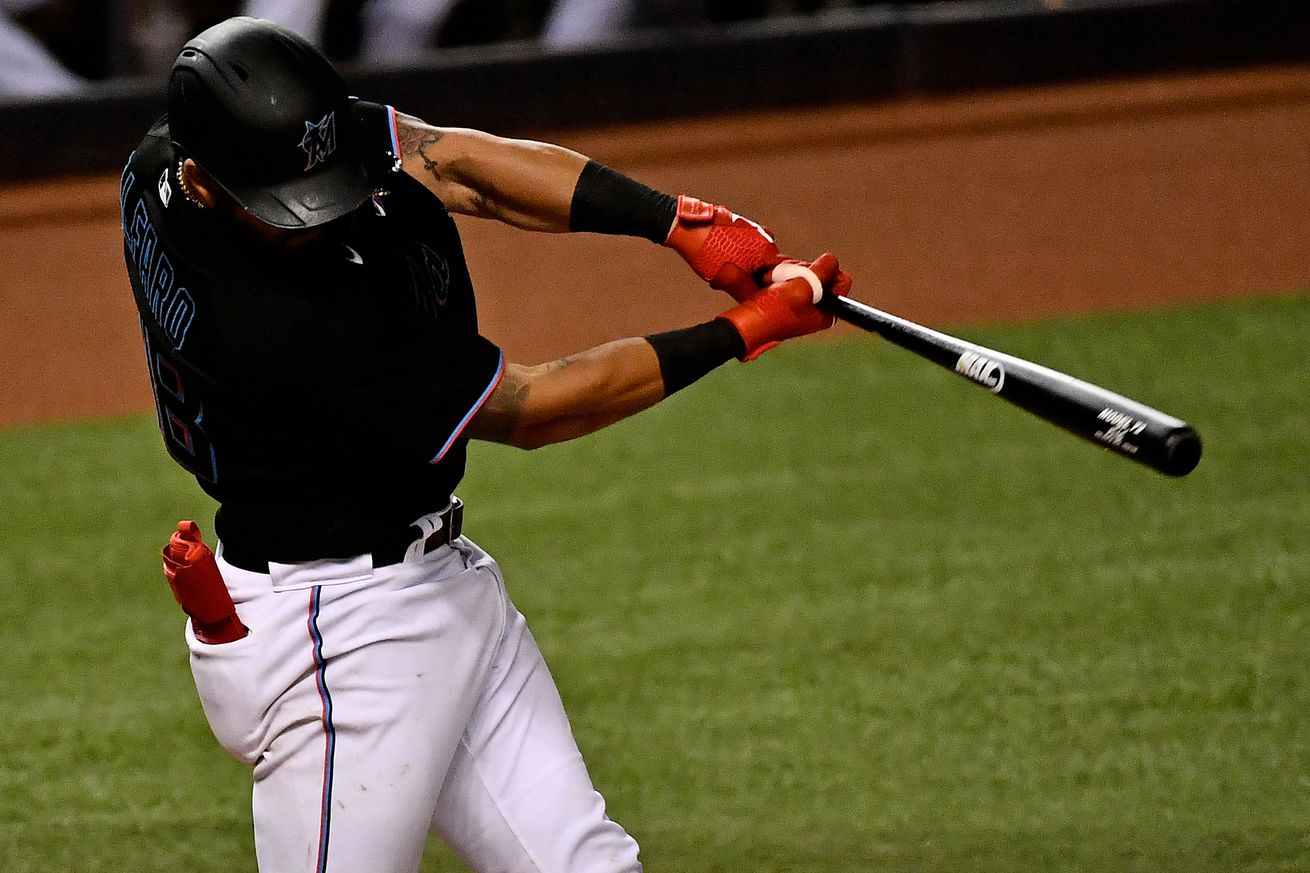 Young Marlins hitters were especially productive versus Phillies relievers, propelling the club back above the .500 mark.

MIAMI—The Miami Marlins had 45 minutes to find their offense after being shut out in game one of Friday’s doubleheader over the Philadelphia Phillies. When they returned to the field for game two, they seem to have figured things out in their 5-3 victory over the Phillies.

After a quiet first three innings that saw Miami score one run on just one hit—a Lewis Brinson solo home run—Miami broke the game open in the fourth inning.

Their fourth inning rally was started by none other than Isan Díaz, who was playing in just his second game (first game was a few hours earlier for game one of their doubleheader) since late July after originally opting out of the season due to COVID-19 concerns. He wasted no time in reacclimating himself to the Marlins’ lineup. With the score tied at 1-1, he hit an RBI single to score Brian Anderson and take the lead.

Jorge Alfaro put an exclamation point on the fourth inning with a two-RBI single. This is his fourth game in a row that he has recorded multiple RBIs, the second-longest streak ever by a Marlins catcher (Jeff Mathis had five such games in a row in 2013). Although he started off cold after his stint on the injured list, he’s 9-for-16 with 8 RBI in his last four games.

Marlins starting pitcher Daniel Castano was effective yet again in his short start. Through 3 2⁄3 IP, he allowed just one unearned run.

The only issue for Marlins pitching came in the fifth inning. Phillies outfielder Andrew McCutchen hit a blooper into left field to score Ronald Torreyes and decrease the Marlins’ lead to 4-2. After striking out the next two batters, Marlins reliever Brad Boxberger allowed a walk and a single to load the bases. Luckily for Miami, Boxberger was able to induce a soft ground ball to first base to escape the inning relatively unscathed.

Marlins closer Brandon Kintzler wound up pitching in the sixth inning instead of the seventh due to a fingernail issue that he was having, according to Marlins manager Don Mattingly. He pitched a scoreless inning before handing off the reigns to Yimi García for the save.

With that win, Miami split their doubleheader on Friday, and currently lead the MPCS, 2-1. Miami retains a wild card position, as the San Francisco Giants cancelled their game against the San Diego Padres due to a positive COVID case within the Giants organization. The Fish are now half a game behind the Phillies for second place in the NL East.

The Marlins and Phillies play a single game on Saturday, starting at 6:10 PM. The starting pitchers are José Ureña for Miami and Spencer Howard for Philadelphia.