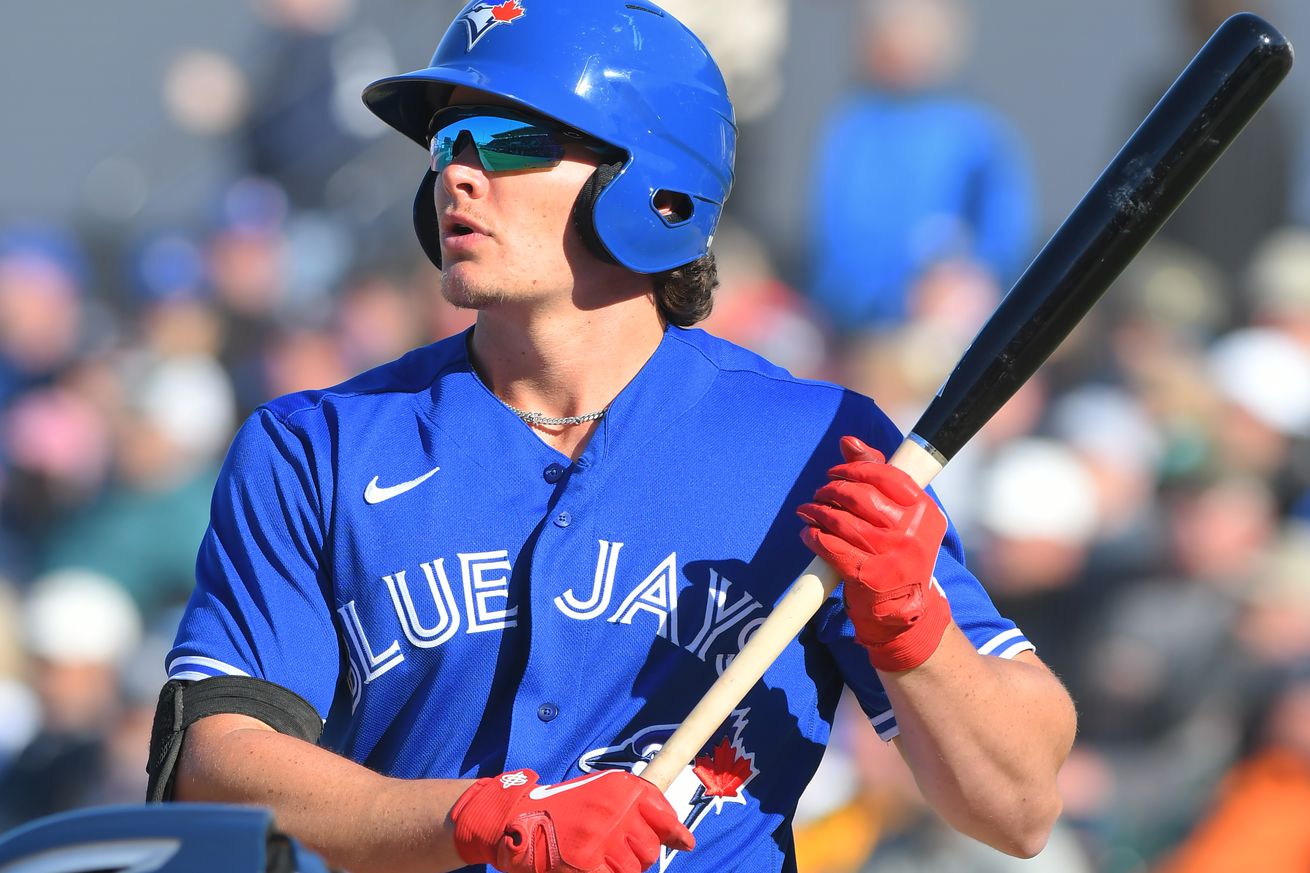 The son of Mr. Marlin is also an obvious fit for the club’s developmental philosophy in recent years.

Since the Marlins’ current front office group took the reins, they have demonstrated some consistent tendencies on the player acquisition market, valuing superlative traits, even when they come paired with relative deficiencies in other areas. Players like Jazz Chisholm, Jorge Alfaro, Monte Harrison, Lewis Brinson, Kameron Misner and Jesús Sánchez all fit into this category, and many of the club’s smaller acquisitions over the same time frame do as well. During their busy trade deadline Monday, Miami picked up another player who fits into this bucket in Griffin Conine.

Marlins fans likely smiled when seeing the news come across the wire. Even if they’re not familiar with Griffin, they’re almost certainly well-acquainted with his old man, Marlins legend Jeff Conine, who enjoyed one of the longest and most successful tenures with the club in its history (unsurprisingly a first-ballot Fish Stripes Marlins Hall of Fame inductee).

The older Conine was a dependable offensive producer who hit for both average and power at times, and at his best did both at the same time. There is a bit of contrast between Jeff and Griffin here—the latter is a pure power hitter, with arguably some of the very best pop in the minor leagues.

The Marlins were likely drawn to Griffin for both his lineage and his skillset, as their actions over the last few years demonstrate an emphasis on both physical talent and organizational culture, and it’s tough to imagine that Conine isn’t at least a bit excited to join the club with which his dad won two championships. Another perk: the Marlins have demonstrated to the league that they are on the upswing with their solid play in 2020.

Griffin’s path to this point has had some ups and downs. After an accomplished prep career he took his talents to the strong program at Duke, where he was immediately thrust into action, getting into 35 games as a freshman and registering 84 plate appearances. He struggled at the plate in his first taste of college ball, managing just a .205/.306/.247 slash line, but the coaching staff remained excited about him and primed him for a full-time role as a sophomore. Conine responded exactly as they hoped, taking a big step forward with a .295/.425/.546 line and 13 home runs, after hitting none as a freshman. Perhaps most impressively, he walked 41 times and struck out just 45, giving him the look of a complete hitter.

The successful sophomore campaign generated serious hype for Conine, who most agreed could solidify an early-round draft slot for himself with another strong campaign. Conine largely delivered, but there was a wrinkle that altered the complexion of his profile in a significant way. As a junior, he seemed to employ a bit of a different approach, emphasizing power over hit. By most measures it was a successful change—he improved his home run total to 18 in 63 games.

But his strikeout rate rose precipitously in turn, all the way to 74 in 270 plate appearances. Teams were forced to consider whether or not they felt that Conine could continue his power production without striking out too much to be impactful, and evaluators were a bit split on that question.

The Blue Jays decided that they believed, and ended up popping him with their second round pick in 2018. They quickly sent him to work in short season ball, where he continued to show a similar profile, muscling out 7 homers but striking out in 27.4% of his plate appearances. When he got his first taste of full season ball, evaluators were waiting to see whether his trend towards power over hit would continue, or he’d be able to maintain the power while keeping strikeouts more in check. The result was a version of Conine that was even more extreme than before, as he connected on 22 home runs in 348 plate appearances, but also sported an eye popping 35.9% K rate. Even in the modern, three-true-outcomes era of professional baseball, this number is alarming, but if anyone can succeed with a K rate north of 30%, it’s a player who walks at a strong clip and has all-world power, and Conine qualifies.

His 2019 Low-A campaign still marks Conine’s last live action, but the Marlins clearly liked what they saw then enough to stay hot on his trail. The team is reportedly very excited about bringing Conine into the fold internally despite the contact red flags. Off the stat sheet, Conine looks the part of a slugger, built like a brick house at 6’1” with no remaining projection and a total lack of bad weight. He has an impressive arm, which may not be surprising, but players with big power at the plate lack arm strength more often than you might expect. While not especially fleet of foot, Conine isn’t terribly slow, and can likely handle right field duties fine, even if his range might be a bit below average.

Conine’s swing is very long, and that drives much of his strikeout total. It’s not a slow bat, Conine has rather tuned his approach and swing to maximize his power production over all else. His approach at the plate is extremely patient, almost passive, and he has a knack for recognizing pitches out of the zone. Not only does he hit a lot of balls out of the yard, he tends to clear the fences with a lot of room to spare, and won’t have trouble getting balls to the seats in any major league park, but it’s fair to wonder whether it might behoove him to shorten up a bit and trade just an ounce or two of game power for more consistent contact.

This isn’t always an easy change for a player to make, but the Marlins have had some level of success shortening up the swings of players like Monte Harrison and Jazz Chisholm (though how effective those changes are at the big league level remains to be seen).

The trajectory of Conine’s career will depend on his ability to limit his swing and miss, and given what we’ve seen the Marlins do with their acquisitions in recent history, I’d expect that they have a definitive plan in place to help him mitigate the strikeout issues. How successful they are will determine where exactly Conine ends up on what is currently a wide range of outcomes running between Quad-A home run machine and heart of the order slugger. Regardless, it’s hard to deny that he’s an exciting name to bring into the fold in exchange for a Jonathan Villar rental, and he’ll be another test case for the Marlins ambitious player development group.