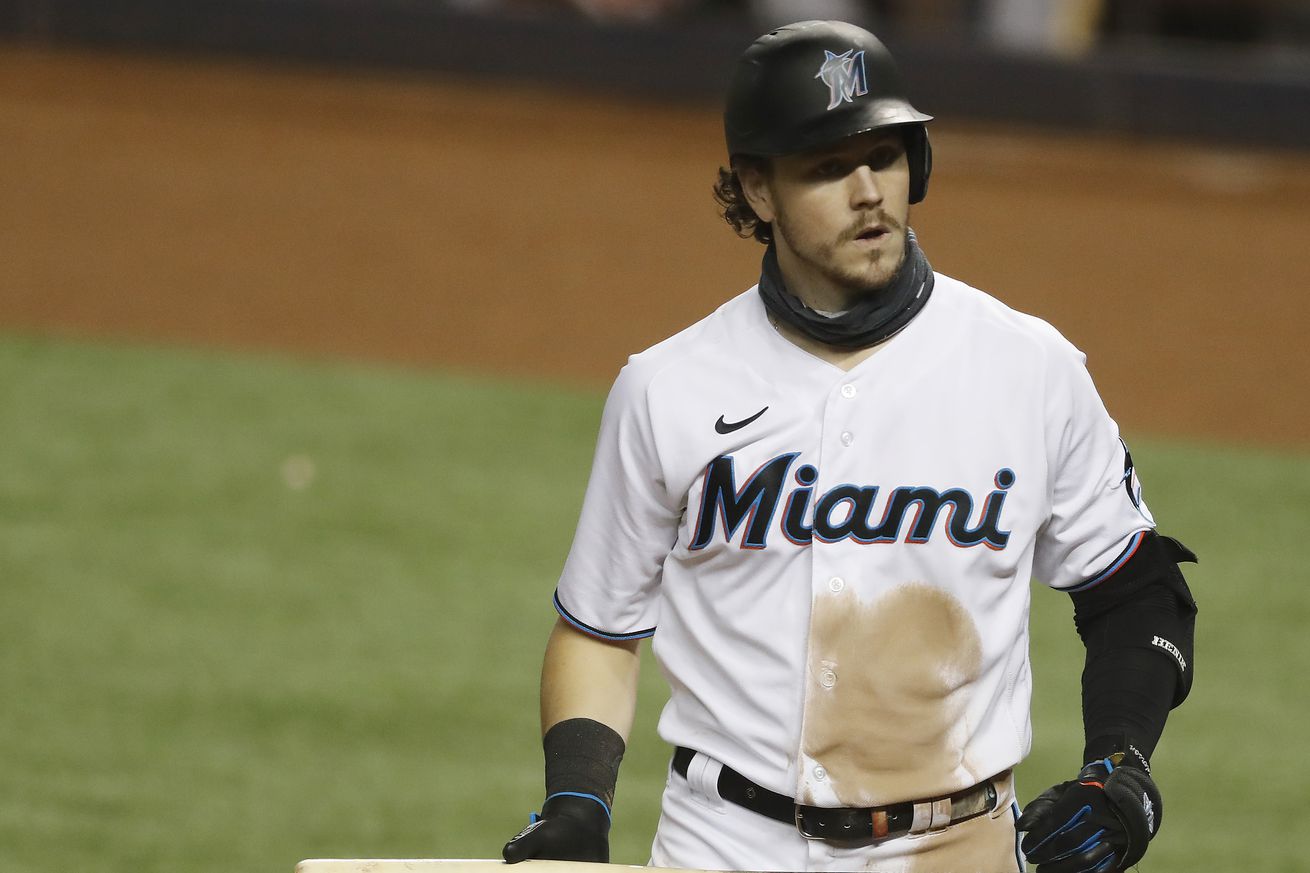 Fighting Fish look to ride the wave into the postseason.

We’re heading into the last regular season series of the 2020 Major League Baseball season and the Miami Marlins are on the cusp of something special. Today, the Fighting Fish will look to ride the wave right into the postseason. If the Marlins can secure a win against the New York Yankees and get some help from their Citrus Series partners as the Rays host the Philadelphia Phillies on Friday night, they will have clinched a playoff berth for the first time in 17 years.

Coming out of Summer Camp on July 22, the Marlins’ odds of making the playoffs, according to FanGraphs, were 9.2%. By the time the final out was recorded to wrap up the Marlins’ first series of the season, the team was decimated by a COVID-19 outbreak which would send 17 players to the injured list and postpone a week’s worth of games.

How, then, did the Marlins get here? As of today, their odds of making the playoffs are at 90.8%, per FanGraphs. By this evening, they could be sipping champagne—socially distanced in their own hotel rooms via Zoom, of course—in celebration of this unbelievable feat. We would like to highlight some of the Fish that made this season possible.

Miguel Rojas has been everything the Marlins could’ve asked for from their veteran infielder. Despite missing almost a month of action due to his time spent on the COVID-19 injured list, Rojas has been worth 1.4 Wins Above Replacement in the 38 games he’s played in 2020. For context: Rojas’ WAR in 2019, where he played in 132 games was also 1.4.

Rojas has had a steady production in the bottom third on the Marlins’ batting order this season, as well as consistently coming in clutch with 2 outs and runners in scoring position, where he’s slashing .385/.467/.692. Rojas’ presence on the field, both offensively and defensively, serves as an anchor for my nerves in big situations. He’s been a huge part of the Marlins’ success this season.

James Hoyt, who the Marlins acquired from the Cleveland Indians for cash considerations in early August when many of their relief pitchers were placed on the COVID-19 injured list, has been a huge weapon out of the bullpen. Hoyt gets a lot of strikeouts—almost 13 K/9 this season—and has posted 2 earned runs in 14.0 innings. While his 1.29 ERA has probably been influenced a bit by the defense behind him, Hoyt has been a huge part of the Marlins’ playoff push.

Brian Anderson is one of the few players who have remained on the active roster for the whole season. In fact, he’s played in all 57 games of the shortened 2020 season so far. Although he’s been streaky, Anderson kicked it into gear when the Marlins traveled to Atlanta to play the Braves in early September. In the last 21 games, Anderson is slashing .315/.370/.548. His 3 home run game in a 7-inning doubleheader against the Washington Nationals helped propel the Marlins to a big win going into the last week of the season as they make their push for the playoffs. .