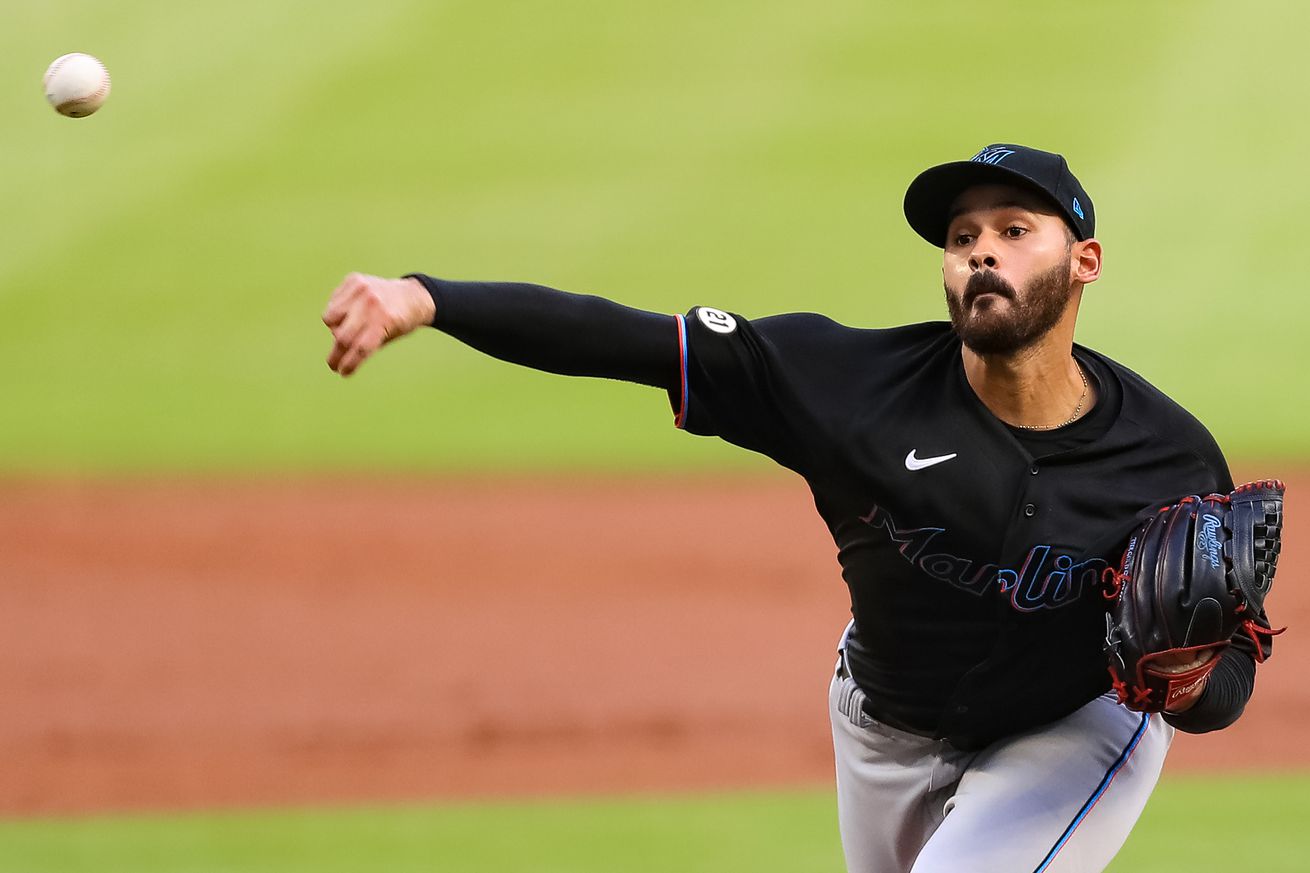 A comparison of Sandy Alcántara, Pablo López and Sixto Sánchez heading into October.

Friday night, the Marlins locked up their third postseason appearance in history. As has been the case with many of their 2020 victories, it was a closely contested nail-biter that relied on a great starting pitching effort. That will be the formula for them to continue to shock the world with a deep October run.

But manager Don Mattingly is gonna have a tough call trying to determine which way to align his rotation for optimal postseason performance. Righties Pablo López, Sandy Alcántara, and Sixto Sánchez will each make a start during the Wild Card Series if it requires the maximum three games. However, putting them in a specific order is an exercise in splitting hairs—each had considerable success during the abbreviated regular season.

We want your input regarding how the Marlins should approach this all-important road series against either the Cubs or Padres (opponent depends on whether Miami earns the No. 5 or No. 6 seed).

But the young Venezuelan left those struggles behind. Since that abysmal appearance at Atlanta, he’s gone 3-0 with a 1.56 ERA after 17 1⁄3 innings. In that span, Pablo has only allowed eight hits and three earned runs, besides giving up five bases on balls and striking out 19. In other words, he’s the hottest starter right now for the Fish.

Another good thing about López is he doesn’t allow many home runs (0.7 HR/9). To date, he’s only accepted four of those so far (zero in his last 17 1⁄3 frames). If you combine that with his low exit velocity (85.6 MPH) and his ground ball tendencies (54.7 GB%), you’ll get plenty of soft grounders.

Thanks to his repertoire and the quality of his pitches, Sixto gives the Marlins an ace presence. As simple as that. But you need to remember he’s only 22 years old and has only seven starts under his belt in the Major Leagues, so giving him the ball to begin a postseason series might be throwing him into the fire.

Sánchez has something that López doesn’t: a true plus pitch. His changeup has been off the charts since he came up. Opponents register only eight hits (all singles) in 54 at-bats off that pitch (.148), with 18 strikeouts (31.6 K%). Per Eno Sarris of The Athletic, it’s the sixth-best change in the league as measured by Quality of Stuff.

The thing with him is he’s not been good in his last two appearances. Besides being hit hard, he also has struggled with his control. In the last seven episodes, Sánchez has allowed 12 hits and nine earned runs, plus six walks and only four strikeouts.

That was the toughest lineup that Sandy Alcantara has faced this season, likely in his entire career. Gets a no-decision despite kicking some Yankee ass

The Marlins’ Opening Day starter has been the best member of the rotation in September. Alcántara owned a 2.30 ERA during the month and turned in quality starts five straight times, including in Friday’s clincher.

Alcántara has been a great, quality arm for the Fish in 2020 despite being a victim of the COVID-19 pandemic earlier in the season. Of his seven outings this campaign, he’s gone at least six frames in six of them. Basically, he’s only had one bad appearance—it was on August 30, against the Rays (4 IP, 6 H, 8 R, 5 ER). But excluding that one, his ERA would be in the low 2’s.

The peripherals for him, though, aren’t quite as impressive. Sandy is walking 3.2 per nine and is not even striking one guy per inning (8.4 K/9). Can he exploit the Cubs’ swing-and-miss tendencies? Would his recent success suppressing homers translate in a matchup with the dangerous Padres’ hitters? No easy answers.

Weigh in using the poll below! Also, you can let us know what you think in the comments.