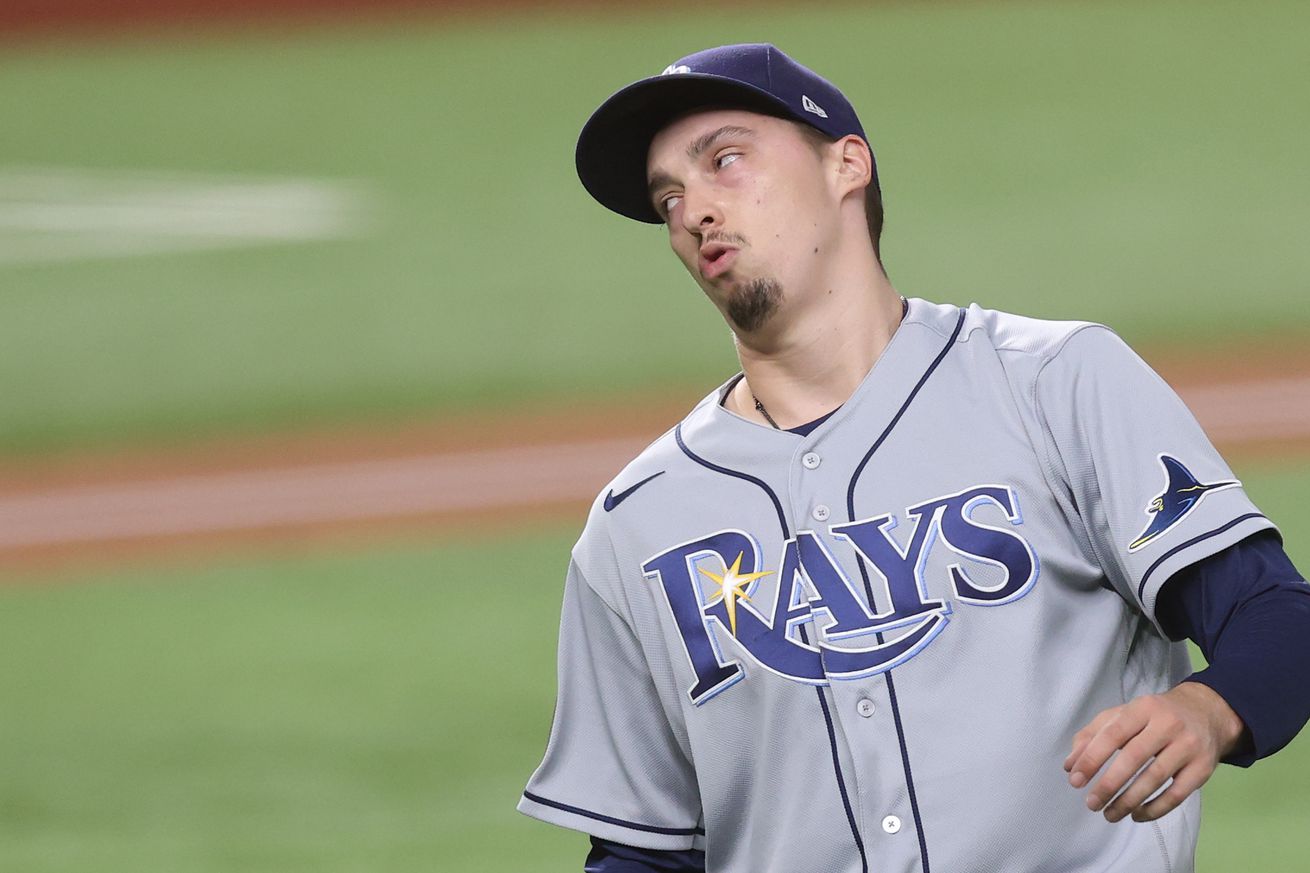 This offseason, the Marlins should continue looking at opportunities to exchange prospects for established major leaguers.

With the Rays facing elimination Tuesday night in World Series Game 6, Blake Snell rose to the occasion. Snell struck out half of the Dodgers batters he faced, overpowering them with fastballs up in the zone and getting nasty movement on his breaking balls. It’s hard to make a 1-0 lead feel safe against the deepest lineup in baseball, but the former AL Cy Young award winner did everything possible to assert his dominance.

Alas, that wasn’t enough for Kevin Cash. Rather than let Snell face the top of the order for a third time, Tampa Bay’s manager put the game in the hands of his reputable bullpen with one out in the bottom of the sixth inning.

It took all of six pitches from Nick Anderson for that decision to backfire. The Dodgers seized the 2-1 lead via a double, a wild pitch and a fielder’s choice. They tacked on an insurance run in the bottom of the eighth en route to clinching the World Series title.

“It sucks being pulled,” Snell said during the postgame press conference. “I want to be the guy that stays out as long as I can.”

The Rays have refused to let him be that guy. Though still in the prime of his career, Snell hasn’t completed six innings of work in any appearance—regular season or postseason—since July 21, 2019.

In Kevin Cash’s defense, Snell’s effectiveness historically craters during the middle innings. His Game 2 start encapsulated that perfectly: the 27-year-old held the Dodgers hitless through four frames, then got stuck trying to secure the final out of the fifth. Cash gave him the hook after surrendering four straight baserunners.

Snell is not a perfect pitcher or an undisputed ace, but he’s pretty damn good, an important contributor for a Rays organization that is poised to continue contending for championships. Don’t expect them to shop him aggressively this offseason; don’t expect him to openly request a trade, either.

However, as accentuated by their postseason maneuvers, the Rays believe the depth and variety of their pitching staff is the key to success. They de-emphasize the individual to maximize efficiency.

Snell could be more valuable to a team that has similar goals but a different philosophy…like the Marlins?!

That being said, Snell does not exist in a vacuum. The Rays hold a $15M club option on veteran Charlie Morton. Fellow right-hander Tyler Glasnow ($2.05M in 2020) is due a substantial raise in arbitration after posting the fourth-highest strikeout total in the American League.

Had the Rays won the WS title, there’d be substantial public pressure on them—and sufficient resources—to keep the whole band together. But the windfall revenue won’t be quite the same after falling short of the ultimate glory. Heading into a 2021 season where they plan on cycling through more than two dozen pitchers, will the front office have the freedom to allocate roughly $30M of their payroll to three individuals? If not, the Marlins should be in the mix for Snell’s services.

Yes, starting pitching was a strength for the Marlins last summer, but there’s room for additions. With the exception of Sandy Alcantara, nearly all of their top young arms have durability concerns. Even José Ureña has never topped 180 innings pitched in a single season (like Snell did in 2018). In order to feel confident about improving upon 2020’s .517 winning percentage, they must invest in another established starter—talented as they may be in the Marlins’ case, you can’t bet on prospects to seamlessly transition to the majors.

Despite their own revenue challenges, MLB.com’s Joe Frisaro anticipates that the Marlins will increase their payroll, making Snell a feasible target. With a boost from their new local television contract, “the intention is to have a ‘21 payroll in the neighborhood of $100 million,” he writes. (DISCLAIMER: Frisaro cited the same $100 million figure in both 2019 and 2020, which proved to be off by tens of millions of dollars. Third time’s the charm?)

Without further ado, here is my trade proposal:

The Rays witnessed Rogers’ upside in person when the former first-round draft pick racked up 10 strikeouts against them at Tropicana Field. He has (at least) six years of club control remaining.

Díaz has disappointed in his limited major league experience: .174/.251/.294, 47 wRC+, -1.4 fWAR in 223 PA. However, the Marlins Minor League Player of the Year doesn’t turn 25 until late May and still has the potential to be an everyday infielder by tweaking his plate approach.

Burdick immediately mashed professional pitching after being selected in the 2019 draft. He possesses excellent raw power and a unique motor that gets the most out of his skill set. He’s still two years away from needing 40-man roster protection.

I used Baseball Trade Values to gauge the fairness of this hypothetical. The site considers it a slight overpay from the Marlins’ perspective, but that is without accounting for Snell’s postseason performance (I also felt that BTV overvalued Díaz).