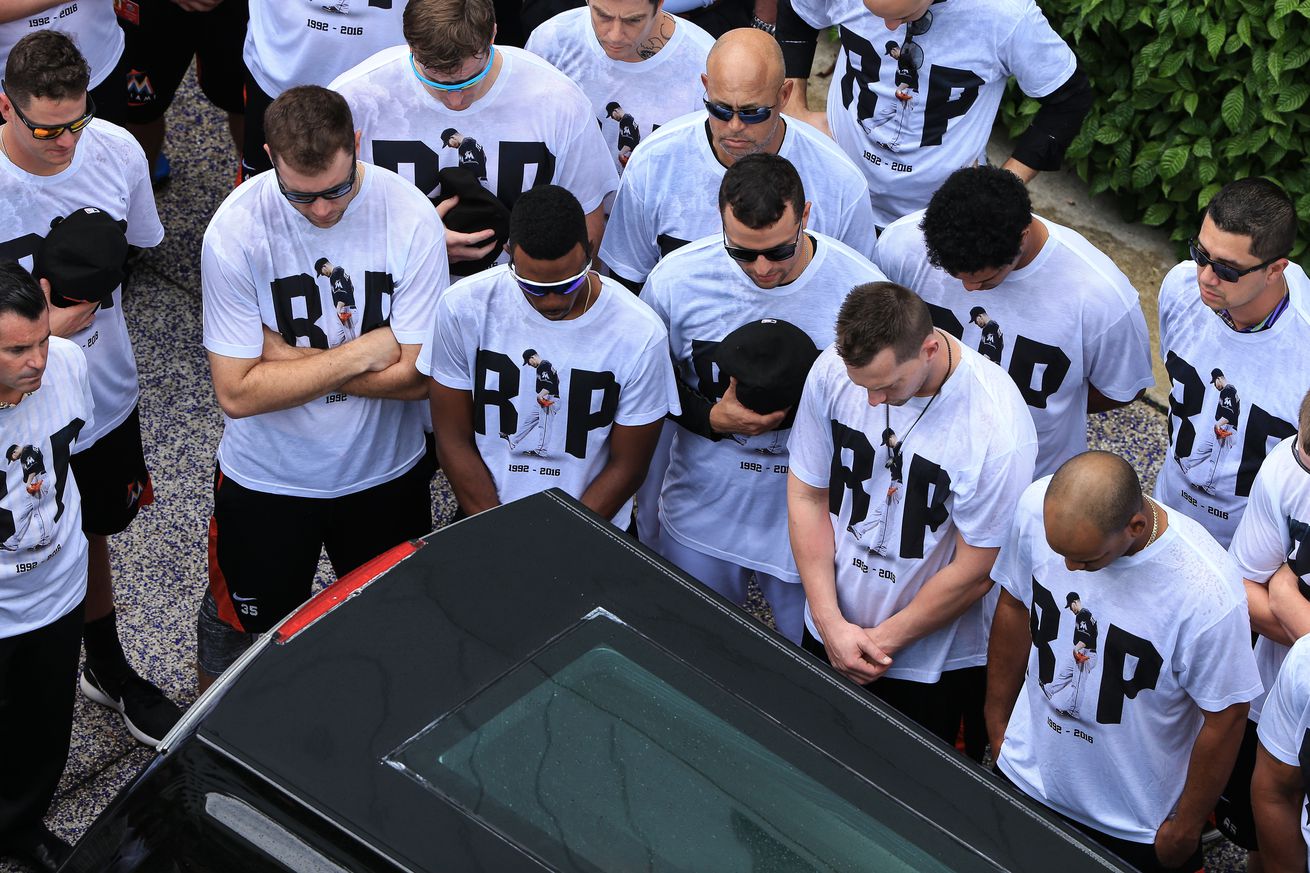 It’s September 25, 2016. 9:02 a.m. A beautiful Sunday morning. The night before, I stayed up late talking to my friends. I fully expected to have some texts from the group chat, so I check my phone. There were no notifications from them, only one from MLB.com At Bat. It simply said, from what I remember, “Rob Manfred discusses the loss of José Fernández.”

It took a second to fully register what I had just read. I immediately stumbled up the stairs to tell my dad what had happened. He already knew. I went back downstairs, completely distraught, and turned on the TV. MLB Network showed his boat capsized on the jetty. These harrowing images are ones I will never forget. I don’t remember exactly when I began to bawl, but I cried almost the entire day.

José was my hero, and while I was asleep, he left us. Why? Why him? The pain overwhelmed me.

I fell in love with baseball when I was eight years old. I played violin for a year, and the entire time begged my parents to let me play. They finally caved and I put on my very first uniform. I was part of the Nationals in Doral Little League. I was ecstatic, and when my first game was coming up, I was ready. However, typical Miami, it was rained out. I didn’t play my first game until a few days later, and while I didn’t dominate, I stood my ground against competition who were older than me.

The day of 2012 Marlins FanFest, I had a game in the morning, and for a while, that was the best day of my life: everything baseball. From there, it slowly transformed into my life. I got good, to say the least. In my second season, I transitioned to my best position (first base), and became an offensive juggernaut. I hit bombs! I won MVP of my league that year. Even the umpires called me a future big leaguer, and that pushed me to prove them right.

Sadly, I never sniffed the possibility of going pro.

It’s September 26, 2016. I’m still extremely sensitive to say the least, a sign of things to come. I watched as Adam Conley took the mound for the first game after the accident. I should’ve been there in person. Instead, I was at baseball practice working on my swing. My coach originally yelled at me for staring at my phone, but he understood once I explained the circumstances.

Conley pitched a clean inning. Then, that home run. We know which one: Dee Gordon powering that ball into the second deck. We all knew he had a little help.

I watched the ball soar through the air, but felt nothing. No tears came, no joy came. It was just a certain emptiness. I watch that home run now and tear up, but i promised myself after José’s death to never cry again. Though that promise has since been broken, at that moment I stuck by it, and did for a long time.

I kept getting better every single day. I practiced with kids a few years older than me, and was able to compete at their level. I never wanted them to say that they were better, so I pushed as hard as I could. This led to me pushing a bit too hard. I naturally throw sidearm, so making long throws always put a strain on my elbow and shoulder; I still suffer from a shoulder issue to this day. In between all of that came leg issues, elbow issues, bad hops to the face, and even a bat to the face. Through all of it, I got back up and kept working. I was driven by a need to succeed as if it was my only option.

I had to quit playing for a while. My mental health was spiraling out of control. José’s death lead to a domino effect. I no longer had the focus/motivation to do anything. This led to grades slipping at school. I barely slept for about 3-4 months. In the blink of an eye, I went from the kid full of life and positivity to hollow. I felt there was no return from that state. I was drowning.

My love of the game never subsided, though. I was ready for the 2017 season. I knew the Marlins weren’t going to be great, but I was excited. During that season, I was in attendance for both the All-Star Game and Edinson Vólquez’s no hitter.

Those two cool experiences, along with the help of friends, helped rejuvenate my life. I crawled out of that hole, inch by inch, but was able to do it. I was one of the lucky ones. Many fall down there and are never able to get back up. I know I’m blessed.

I am now a mentally stable high schooler going into my senior year with amazing friends and an extra amazing girlfriend, enjoying life as much as possible. Though the future is terrifying, I’m excited to see what’s in store for me. One thing is certain—I will never, ever stop loving baseball. How could I?