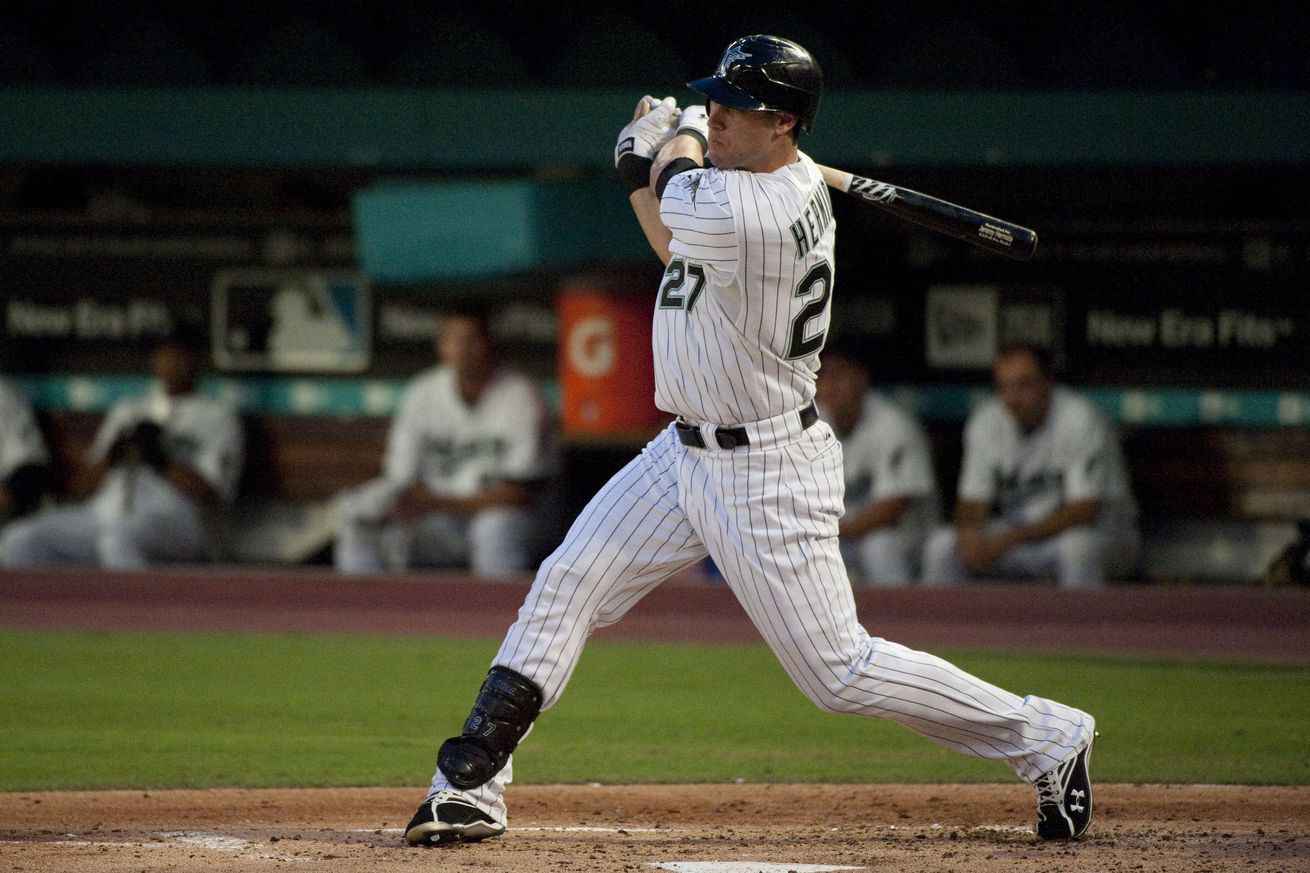 Hermida was widely regarded as one of MLB’s top prospects and immediately showed Florida fans what all the hype was about.

For a franchise that didn’t take the field until 1993, there aren’t many Major League Baseball firsts associated with the Miami Marlins franchise. But on this day 15 years ago, outfielder Jeremy Hermida made history for the Florida Marlins.

With the contest against the St. Louis Cardinals already well in doubt, Hermida stepped into the box for his first career plate appearance on Aug. 31, 2005. He became the first player in baseball history to hit a pinch-hit grand slam under such circumstances.

The Marlins were down 10-0 as Hermida was called upon in the bottom of the seventh at Dolphins Stadium. With the bases loaded and no one out, the 21-year-old stepped in to face Alberto Reyes. With the count 1-1, Hermida deposited a fastball from Reyes into the right-field stands to break up the shutout and make baseball history.

The Marlins would add a run an inning later on a solo shot by Juan Encarnación to cap the scoring. St. Louis finished with 15 hits in the victory. David Eckstein and Hector Luna each had three hits, three RBIs and a home run for St. Louis. Albert Pujols was 3-for-5 with two runs scored and an RBI for the Cardinals, finishing a homer shy of the cycle.

Hermida would hit 57 home runs as a member of the Marlins. His history-making first came on this day 15 years ago.