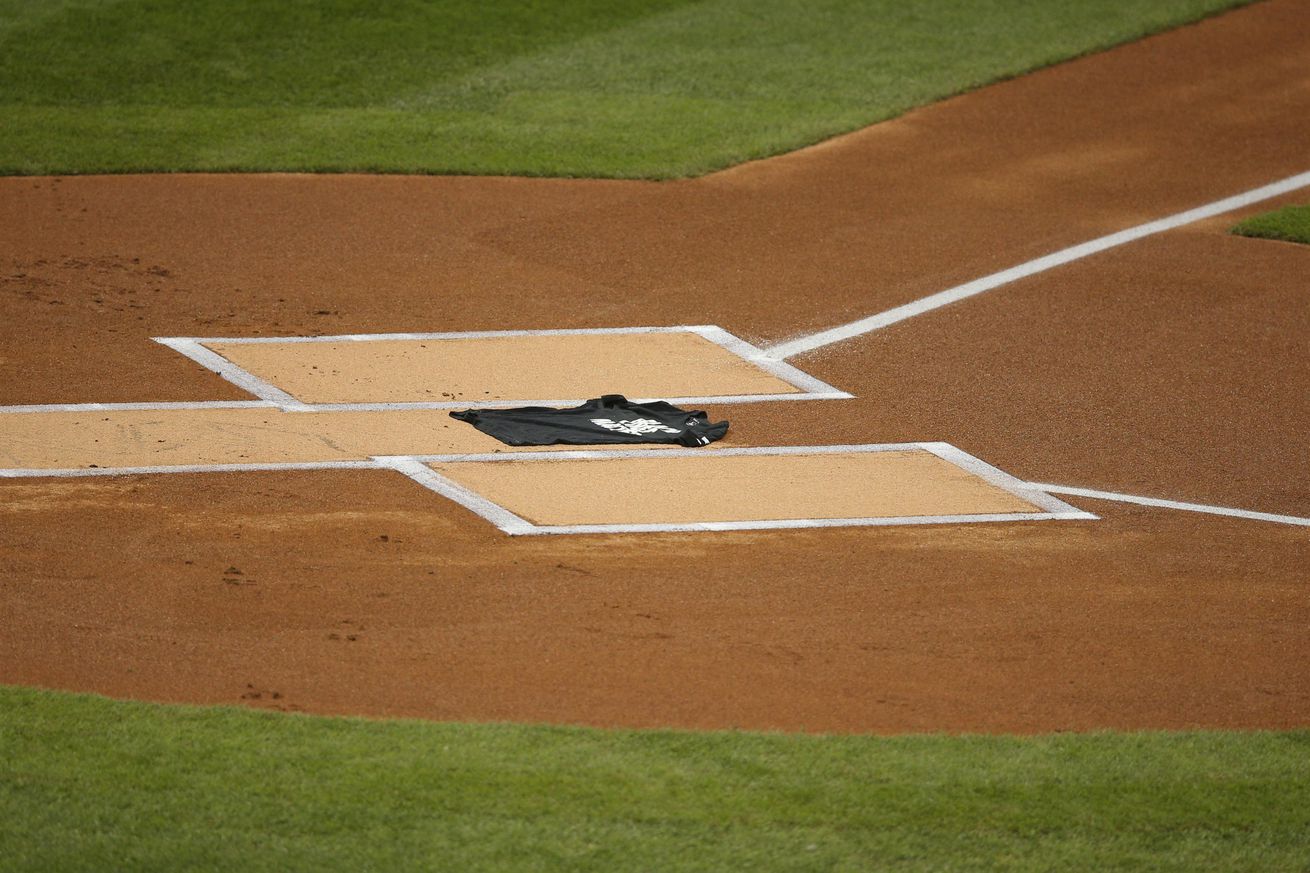 Both teams put the nation’s racial inequality crisis ahead of their desire to play. It’s unclear if or when the game will be made up.

The Miami Marlins and New York Mets players joined in on the wave of strikes and postponements that have taken place across the sports world in the past 24 hours. They officially postponed their series finale that was set for Thursday night.

Right at 7:10 p.m., the Mets took the field, and Lewis Brinson climbed into the batter’s box, just like it was any usual game. But seconds before Mets pitcher Michael Wacha was set to throw the first pitch of the game, both teams left their dugouts and stood behind the foul lines. Every single coach and player from both teams removed their caps and stood in silence for a few seconds—42 seconds to be exact. Those 42 seconds represent the jersey number of Brooklyn Dodgers’ legend Jackie Robinson, who Major League Baseball will be honoring on Friday.

After the moment of silence, every player exited the field and returned to their clubhouse, but not before Brinson placed a Black Lives Matter shirt over home plate.

“We thought collectively as two teams that it would send a powerful message for us to take the field at game time when you can see everything and the cameras are all on us, and have that 42-second moment of silence of those that have lost their lives and those that have been affected by this,” Brinson said. “The shirt on the plate I think speaks for itself. The words on the shirt speak for themselves. Just having it in the center of everything and just know that both teams are unified.”

These protests are in response to the police-involved shooting of Jacob Blake in Kenosha, WI on August 23. A video from a witness showed Blake walking away from police officers during an interrogation in front of a house before being shot in the back seven times. Blake survived, but is now paralyzed from the waist down. This is just one of several events that have fueled the Black Lives Matter movement this summer, including the murders of Breonna Taylor, Ahmaud Arbery, and George Floyd earlier in the year.

“Enough is enough. This can’t be a moment. It’s gotta be a movement.” —Don Mattingly

These strikes were originally started by the NBA’s Milwaukee Bucks, when they chose not to take the court before their playoff game on Wednesday afternoon. That game, along with the rest of that day’s NBA and WNBA games, were postponed. A few hours later, the Milwaukee Brewers and the Cincinnati Reds chose to postpone their games as well. Eleven games have now been postponed across MLB in the last two days. While the nation has seen athletes from each major sports league take a stand this summer in regard to racial injustice, this is the first time MLB teams have ever protested in this manner.

As the players’ union representatives for each team, the Marlins’ Miguel Rojas and Mets’ Michael Conforto ultimately decided to postpone the game. From there, Rojas said it was a collective effort as to how exactly to go about it.

The symbolism didn’t stop there, however. Mattingly said there was a reason behind Brinson batting leadoff tonight, when he hadn’t hit in that position since Opening Day of 2019. Bench coach/offensive coordinator James Rowson suggested to Mattingly that Brinson be on the field during the demonstration. Brinson and Stephen Tarpley (who is on the IL) are the only current Black major league players on the Marlins.

Just a few hours before the scheduled first pitch, members of The Players Alliance—which Brinson, Monte Harrison, and Sterling Sharp are a part of—announced that they would donate their salaries from August 27-28 “in order to support their efforts to combat racial inequality and aid the Black families and communities deeply affected in the wake of recent events.”

Fans who are able to contribute to the cause are encouraged to do so at https://theplayersalliance.com/.