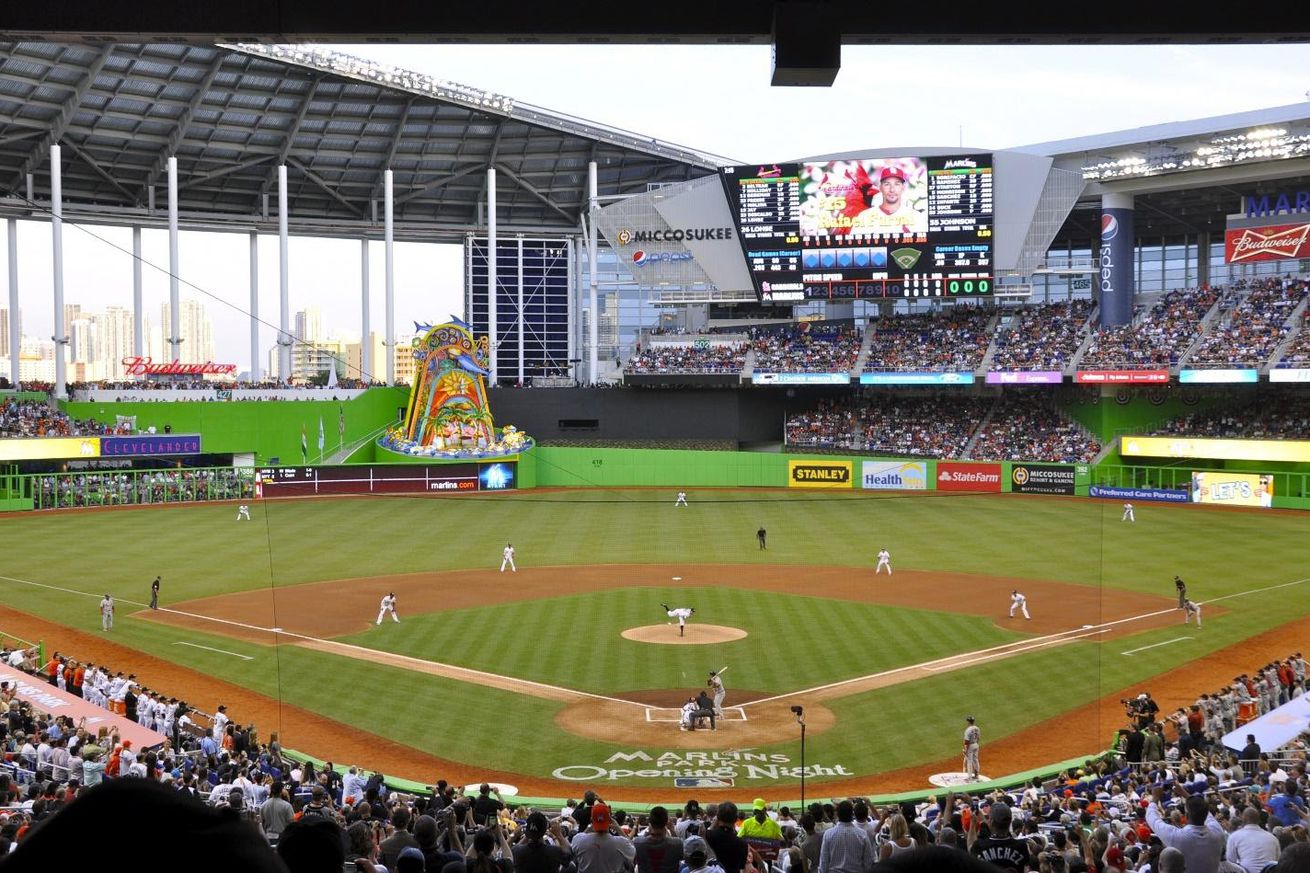 Lucky 7 for the Fish

Little was expected of the Marlins by the experts and the pundits before the season began but that was then and this is now. Miami shook off the funk of a woeful 2019 in which they won only 57 games and now find themselves in the postseason by virtue of a regular-season record barely north of .500. However, in the expanded playoff format this year, that’s all they needed and now everything is shiny and new.

The No. 3 seeded Cubs received home-field advantage for all the games against sixth-seeded Miami in the best-of-three series. But the Marlins gritty resolve has taken that advantage away after they quickly erased a 1-0 deficit and turned it into a 5-1 victory with a five-run seventh inning. Left fielder Corey Dickerson brought his big stick to the park and hammered a three-run shot off of Cubs starter Kyle Hendricks, and that was all the Marlins needed to capture the opener. Once an afterthought entering this truncated 2020 season, the Marlins at the moment are at +2200 to win the World Series at GTBets.

After the game, Dickerson was asked about all the adversity facing the team from last season’s abysmal record to having several games postponed earlier in the season because of positive COVID tests on the team. “We don’t care about who’s the hero,” he said. “We want to pass the bat to the next guy…We don’t care. We want to cheer for one another, play for one another. That’s what makes this game fun.”

One casualty of Game 1 was the fractured pinkie finger sustained in the ninth inning by Starling Marte courtesy of a fastball to the knuckles by Cubs reliever Dan Winkler. Despite the injury, Marte has not been ruled out of the next few games.

Marte had gotten hit in his previous game, the regular-season finale against the Yankees when he got plunked on the helmet and exited that game as well. Marte has been hit a stunning 10 times during the 60-game season.

“He’s been like a target almost,” manager Don Mattingly said. “But he’s been bouncing back from everything else so hopefully we get good results with everything and we’ll see where he’s at.”

Marte has been one Miami’s most consistent hitters after being acquired at the trade deadline in a deal with the Diamondbacks for pitchers Caleb Smith, Humberto Mejia, and Julio Frias. The 31-year-old right-handed batter is hitting .311 with 14 RBI and a pair of dingers in his 33 games as a member of the Marlins. He has been an offensive catalyst and an important locker room presence for a franchise that hasn’t done much since 2003 when they defeated the New York Yankees in six games and a pitcher named Dontrelle “The D-Train” Willis was lights out for the Marlins that season and was named Rookie of the Year. Needless to say, a postseason appearance has been a long time coming and an upset of the Chicago Cubs would be the icing on the cake with the hope that there are more upsets to come.

Jeter at the Helm

It’s been three years since former Yankees star, Derek Jeter, joined Miami as their CEO and the first two seasons resembled nothing like his Hall-of-Fame career. But this season the team has turned the corner on two wheels compared to their dismal 2019 campaign.

“When we first got here, look, from the outside looking in, and I lived on the other side of Florida for 20-plus years, you heard stories about the fanbase here and the lack of trust,” he said. “When I got here, I said, listen, we’re here to listen to you. I can’t tell you I’m going to make your experience better if I don’t know what your experience has been. I can’t expect you to trust me if you don’t know me. We have to earn your trust. And I think slowly but surely, we’re starting to earn the trust. But we still have a long way to go.”

Whether the Marlins upset the Cubs in the first round of the playoffs is almost incidental unless they shock the world and win the World Series. The most important thing for Miami fans to remember is that this group is no longer a laughingstock. They are a franchise on the rise and should make more noise next season.