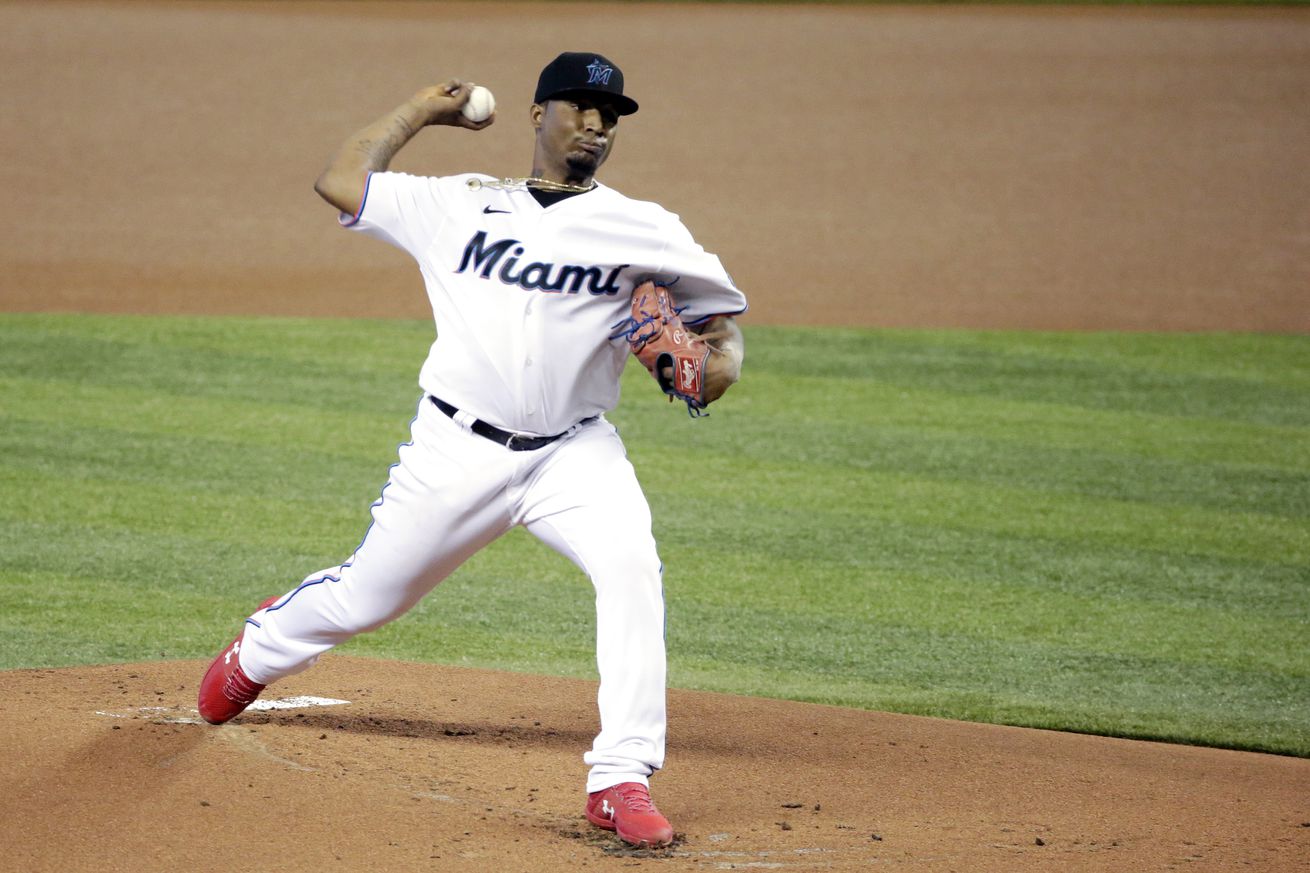 For the first time this season, the Miami Marlins are more likely than not to be among the 16 MLB teams playing October baseball.

After sweeping a Sunday afternoon doubleheader from the Philadelphia Phillies in mid-September, the Miami Marlins have finally reached the 50-percent mark in playoff probability, according to FanGraphs. This is after starting the season with an estimated 9.2 percent chance, and an over/under of 24.2 wins.

We down here in Marlins country have long suspected the truth—that the franchise has turned the corner and is a lot better than most others think. With starts from 13 different pitchers in 2020, it’s a miracle they’ve had as solid a run as we’ve seen thus far.

Of those 13 pitchers, six of them were making their major league debut in their initial start for the Marlins. Daniel Castano and Sixto Sánchez have started five games each. Trevor Rogers (four), Humberto Mejia (three), Robert Dugger and now Braxton Garrett have joined in on the fun.

That’s 19-of-44 games started by true rookies, or 43.2 percent. Not only have the Marlins used 13 different starters, they’ve also employed 37 different pitchers total on the hill. A lot of them were emergency replacements as 18 of them returned positive results for COVID-19 at the end of July, requiring a near-wholesale roster turnover. There was also the “Logan Forsythe incident.”

His first pitch was 69 mph ON THE MONEY pic.twitter.com/8YLjM8SGQV

With everything up in the air in an already unpredictable season, the Marlins have nudged themselves into second place in the National League East, trailing only the Atlanta Braves (28-19) by three-and-a-half games. They’re a half-game up on the Phillies, against whom they’ve won six of nine contests so far this season.

In 10 games against the New York Mets, Miami has won just four but somehow are three-and-a-half games ahead of them. The Marlins are also 3-2 versus the defending Major League Champion Washington Nationals, with five games in three days coming up beginning Friday.

That Nationals series may turn out to be the key to making the playoffs for Miami in 2020. So far, they hold an 8-2 record in seven-inning games, while posting a 13-17 record in regularly scheduled nine-inning contests.

The Marlins entered this season knowing they’d need to do well in their inter-divisional matchups, given that two-thirds of the schedule was comprised of such games. So far, the Fish have won 16 of 30, with one more coming up against the Phils, five against the Nats, and four versus Atlanta.

Nothing is yet set in stone, but the Miami Marlins currently have their best chance at postseason baseball since the end of the 2016 campaign. If they manage to sneak in with a five or six seed, they’ll likely end up facing the Chicago Cubs or the Braves. If they end up with a wildcard, it’s more likely they’ll draw either the San Diego Padres or the Los Angeles Dodgers.

As I’ve said before, a first-round matchup against anyone—even the mighty Dodgers—isn’t necessarily a slam dunk for the favored club. Miami’s completely unforeseen rotational success has evened the playing field, so to speak. Three games with Sixto, Sandy, and Trevor (or Braxton, or Pablo, or Elieser) could easily lead to two wins, even against a juggernaut like Los Angeles.