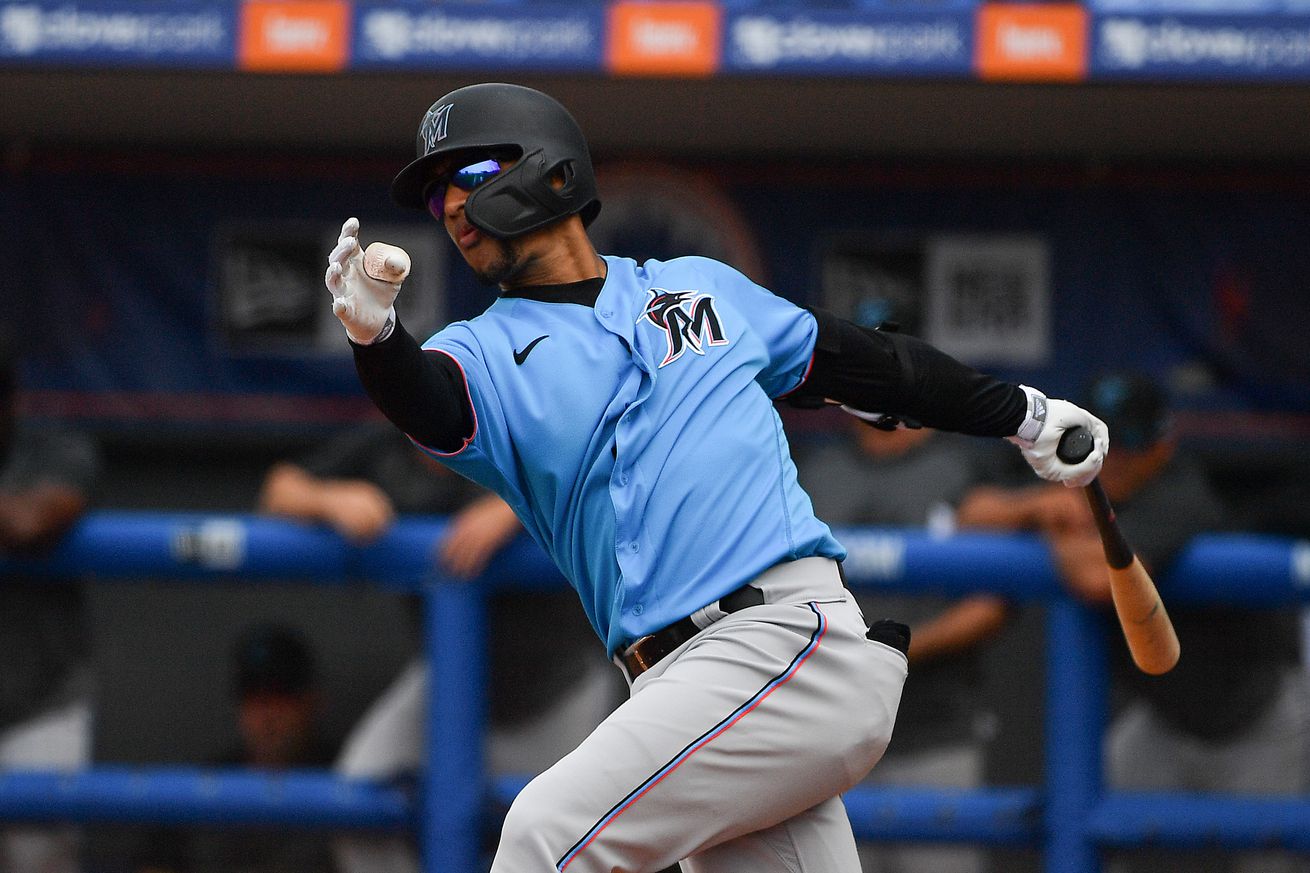 The first round of cuts this spring includes several players expected to make their MLB debuts later in the year.

After taking an off day to evaluate, the Marlins announced their first round of Spring Training cuts Friday afternoon. The following 10 prospects are no longer in major league camp:

Except for Sánchez, each of them contributed to the Marlins’ 9-4 start to the Grapefruit League. You can sort through their stats here.

The players who were reassigned are not on the 40-man roster, whereas the optioned players are on the 40-man. For Cabrera, Mejía and Sánchez, this is their first time being optioned—they have two more options that can be used in 2021 and beyond. For Guzman and Holloway, this will be their second option year, leaving the Marlins with one more for them in future seasons.

Following this news, the Marlins have 55 players remaining in major league camp: 31 position players and 24 pitchers.

Earlier this week, manager Don Mattingly said that right-hander Jeff Brigham (biceps) is “unrealistic” to be ready for Opening Day. Expect him to be placed on the 10-day injured list soon. Meanwhile, catcher Jorge Alfaro (oblique) is progressing, but would be another IL candidate if there are any setbacks.