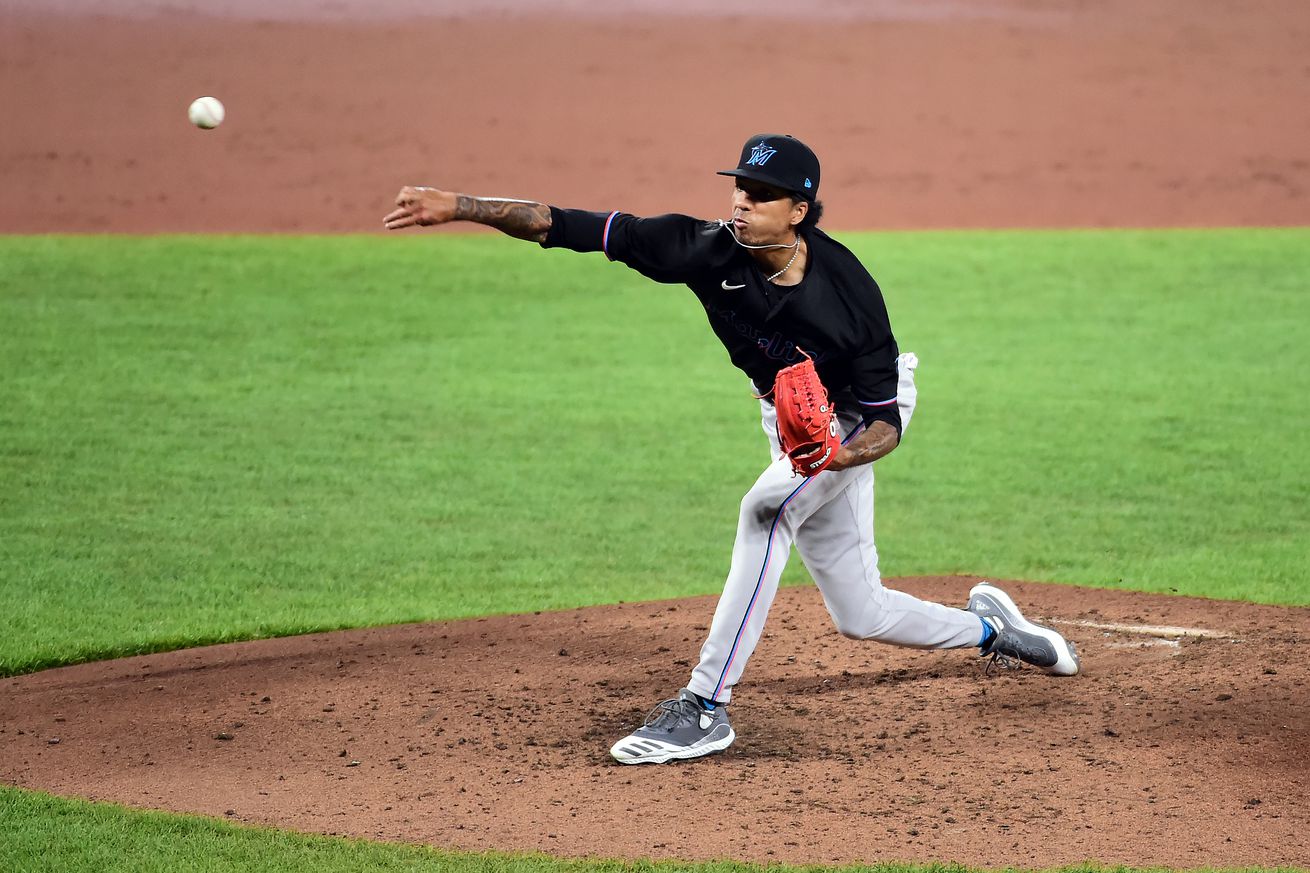 The 25-year-old sinker-baller was designated for assignment on Monday following his worst outing of the season.

After pitching only 5 1⁄3 innings for the Marlins, right-hander Sterling Sharp is headed back to the Nationals. The Fish had designated Sharp on assignment on Monday and he was returned to Washington on Thursday.

Developed as a starter during his rise through the Nats farm system, Sharp made the Marlins Opening Day roster as a long reliever. He began his major league career with consecutive scoreless outings, but allowed seven total runs (six of them earned) in his last two appearances against the Mets and Nationals. Despite so much turnover in Miami’s rotation—they have tried 11 different starters already this season—the 25-year-old was used exclusively out of the bullpen.

8/5/20 #BumpDay Man this is a LONG way from the Southfield youth baseball league. Thank you to my family for believing in me and the constant love and support y’all showed throughout the years. Thank you to the @marlins for allowing my childhood dream to play out. We just gettin started #JuntosMiami

During his abbreviated rookie campaign, Sharp leaned heavily on his sinker (accounting for 67.6% of his total pitches, according to Statcast), also throwing four-seamers, changeups and occasional curveballs. His pitch velocity rarely topped 90 miles per hour, making him reliant on movement and precise command.

The Marlins currently have one open spot on their 40-man roster. That will change soon, however, as more veteran players return from the COVID-19 Related injured list. Specifically, most of those players are pitchers with more experience than Sharp. Because he was acquired as a Rule 5 Draft pick, the club was not allowed to option him to the alternate training site in Jupiter until after the end of the 2020 season.

In his time with the Marlins organization, Sharp did a remarkable job engaging with fans and teammates while advocating for Black causes. Fish Stripes is rooting for his future success.