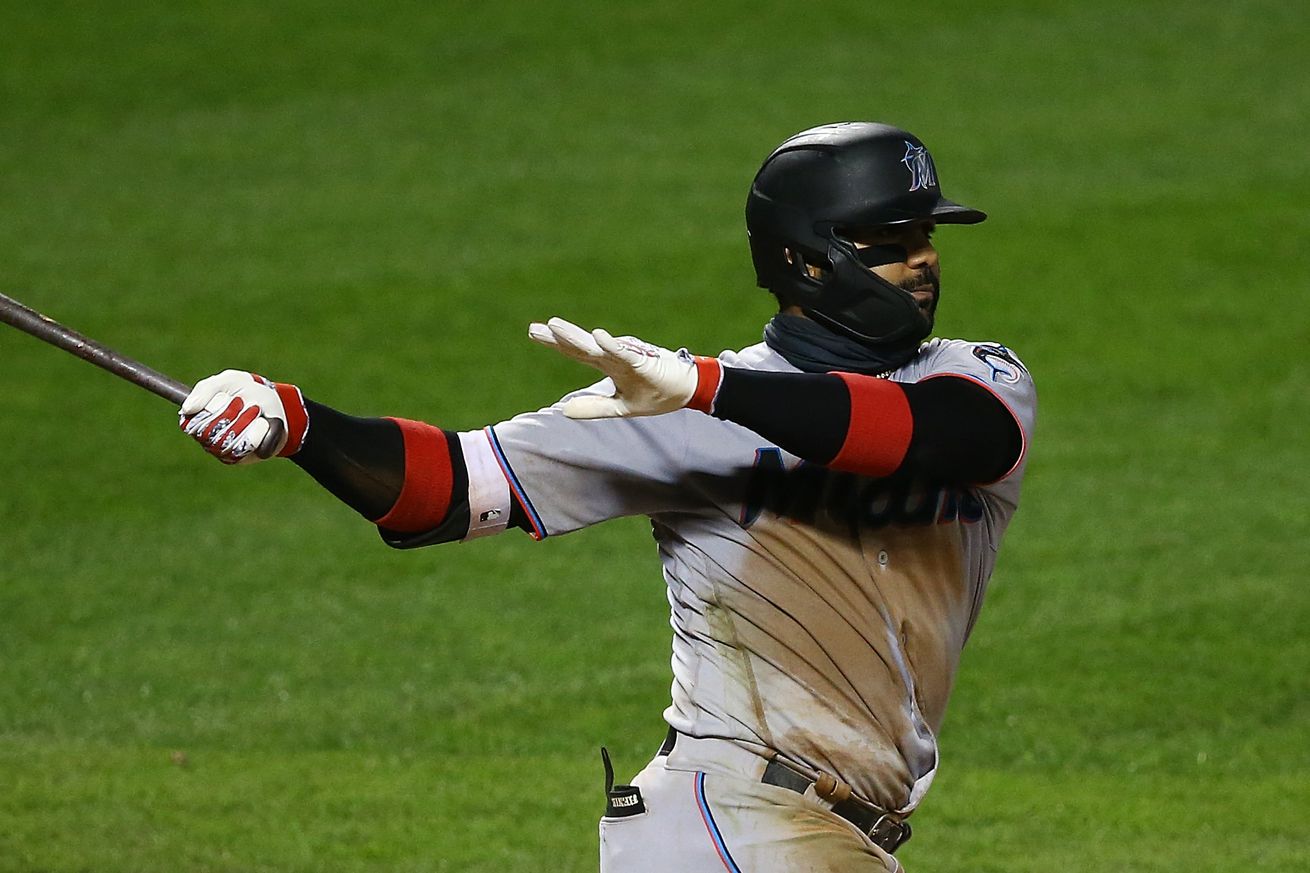 The Marlins shipped the enigmatic infielder up north for a power-hitting outfield prospect.

Jonathan Villar’s tenure with the Marlins has come to an end after only 30 games. There is a deal in place to send him to the Blue Jays in exchange for minor league outfielder Griffin Conine, per multiple reports. The clubs haven’t confirmed the deal yet.

His pro-rated $8.2 million salary had been the largest figure on the Marlins active roster, edging out Corey Dickerson ($8.0 million) and excluding the long-since-released Wei-Yin Chen. Approximately $1.3 million is still owed to him through the end of the regular season. However, the Marlins payroll will wind up increasing because of a separate deal involving Starling Marte.

The Yankees were reportedly among the teams also considering Villar. Ultimately, they were outbid by a division rival. Villar started the game against the Mets Monday afternoon, then exited when trade talks began to intensify.

A fascinating wrinkle to this is news from MLB Network’s Craig Mish that Isan Díaz is on the verge of returning to the Fish. Díaz opted out of the 2020 season on July 31, but will soon be reinstated by the MLB/MLBPA joint committee, per Mish.

Conine, 23, was selected by the Blue Jays with the 52nd overall pick of the 2018 MLB Draft, one spot ahead of Miami’s second-round slot. The powerful outfielder thrived in the Low-A Midwest League last season—.283/.371/.576, 22 HR, 169 wRC+ in 348 plate appearances—but began the year serving a 50-game suspension for testing positive for a banned substance. He is indeed to son of Marlins legend Jeff Conine.

Conine won’t need protection on the Marlins 40-man roster until after the 2021 season.

Fish Stripes’ own Aram Leighton knows Conine well and interviewed him on our podcast last winter.