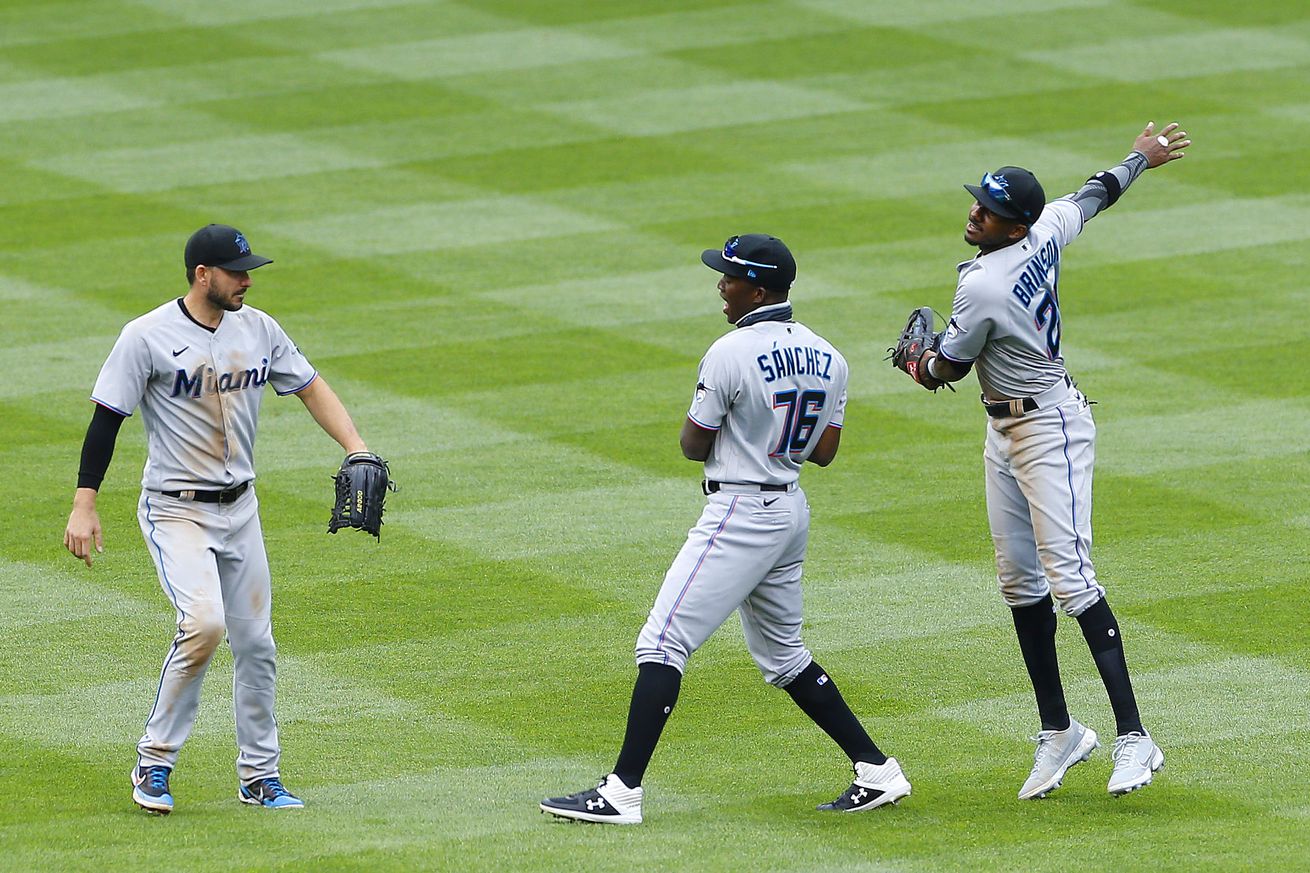 Fish Picks is BACK and better than ever! Our free-to-play daily prop bets contest is open to all fans. Courtesy of a new Fish Stripes partnership with Fantom Drip, weekly points leaders will win their choice of a Marlins face covering (five different varieties available) or the exclusive Fish Stripes design.

Congrats to Twitter user Binyomin Barman on his victory last week. Point totals have been reset to begin this new week.

Notes: When these teams last met in Buffalo, they played one of the most chaotic games of the 2020 MLB season, featuring a kajillion Blue Jays home runs. Yet the Fish held on to win in extra innings, 14-11…Merryweather is making his first career start. The tall 28-year-old has shown plus-plus fastball velocity out of the ‘Jays bullpen in three previous appearances.

Notes: Jazz Chisholm called up??!??! Jazz Chisholm called up! The charismatic shortstop is set to become the latest in a long line of highly regarded Marlins prospects to make their major league debut this season. Don Mattingly indicated that he’ll be utilized primarily at second base despite minimal experience there in minor league games. Jesús Sánchez was optioned to the alternate training site in the corresponding move…Jesus Aguilar (stiff back) is available off the bench as well and expected to avoid the injured list…And let’s not forget about Monday’s huge trade acquisition. Read up more about Marte’s impressive career production here.

The first pitch is scheduled for 6:40 p.m. ET. Watch on FOX Sports Florida and via MLB.TV or listen on 940 WINZ.