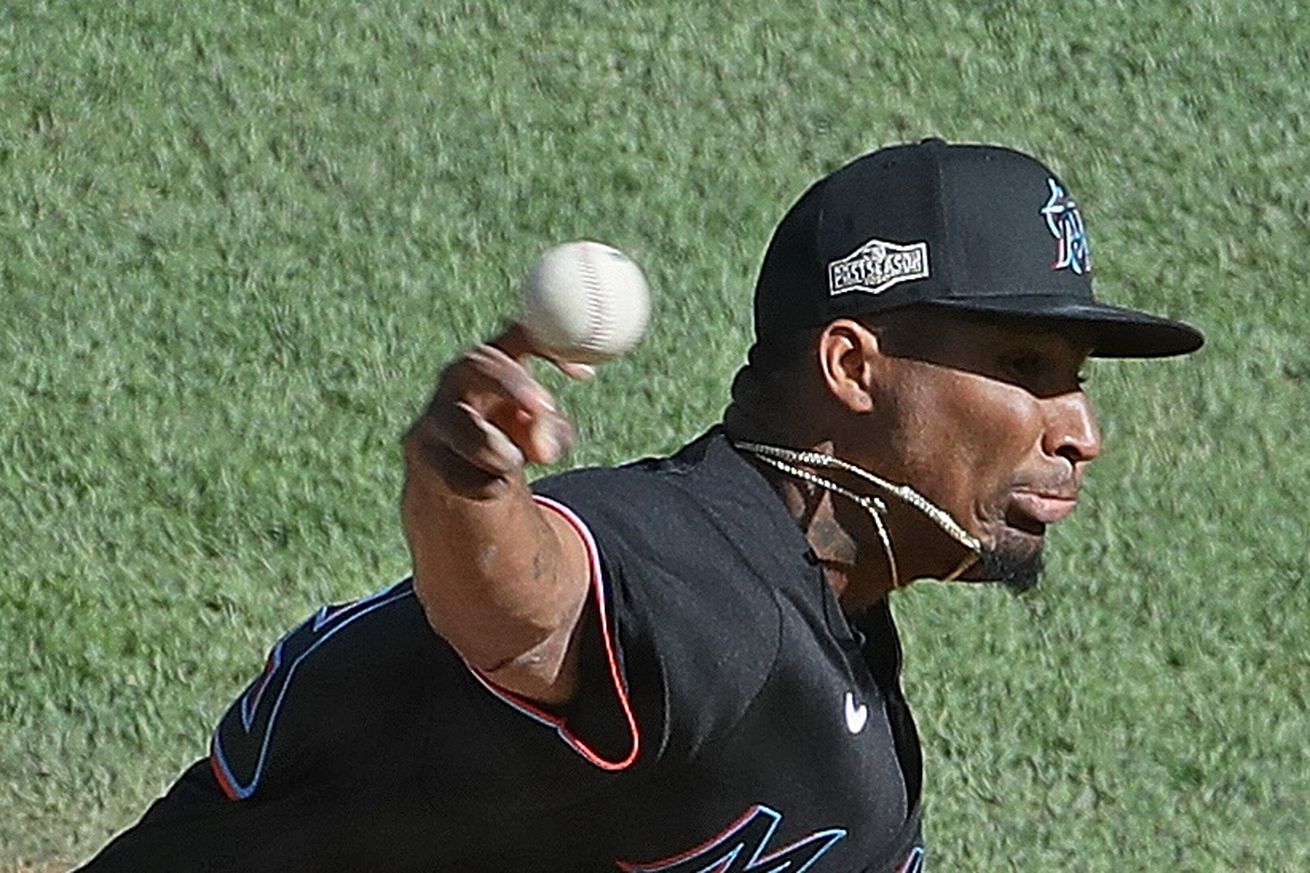 Welcome to Thursday’s Marlins (0-2) vs. Braves (2-0) National League Division Series game thread, which is perhaps the final one of 2020. After losing both Game 1 and Game 2, FanGraphs gives the Fish a microscopic 4.5% chance of advancing to the next round. This time, at least, they’re playing as the “home” team (the Braves got last licks the previous two games).

If you are the wildly optimistic and adventurous type, NLCS and World Series tickets just went on sale to the general public (limited supply, obviously).

The Fish Picks contest is continuing for the postseason! Free-to-play daily prop bets for all fans to make. The points leader at the end of the NLDS gets their choice of our new Marlins-themed t-shirts.

Notes: With their backs against the wall, Don Mattingly makes the bold call to bench Matt Joyce in favor of Jazz…Here is the full 28-man active roster…Simply put, the Marlins need to hit the ball better. They only had two of the top 10 hardest-hit balls on Wednesday. During this MLB postseason overall, teams are 18-1 when out-homering their opponents…Sixto was uncharacteristically sloppy with his control when facing the Braves previously. He issued four walks to them, his highest total in any official game—MLB or MiLB—as a member of the Marlins organization.

Notes: This short series has already been a rollercoaster for Acuña. After starring in Game 1, he struck out four times on Wednesday…Wright finds himself in Pablo López’s tricky position. He finished the 2020 regular season on a high note, but hasn’t been used since then. The former first-round draft pick lives up to his pedigree when he gets ahead in the count…Atlanta’s bullpen usage this week could put them at a disadvantage in another close contest. Darren O’Day, Tyler Matzek, Will Smith and Mark Melancon each pitched in both of the first two games. Will they be just as sharp without any rest in between?

The first pitch is scheduled for 2:08 p.m. ET. FOX Sports Florida has Marlins Live pregame coverage at 1:30 p.m. You can flip back over there after the final out for the postgame show.

The game itself will be televised on FS1 with a crew of Adam Amin, A.J. Pierzynski, Adam Wainwright and Tom Verducci. For a local perspective, you can listen on 940 WINZ.