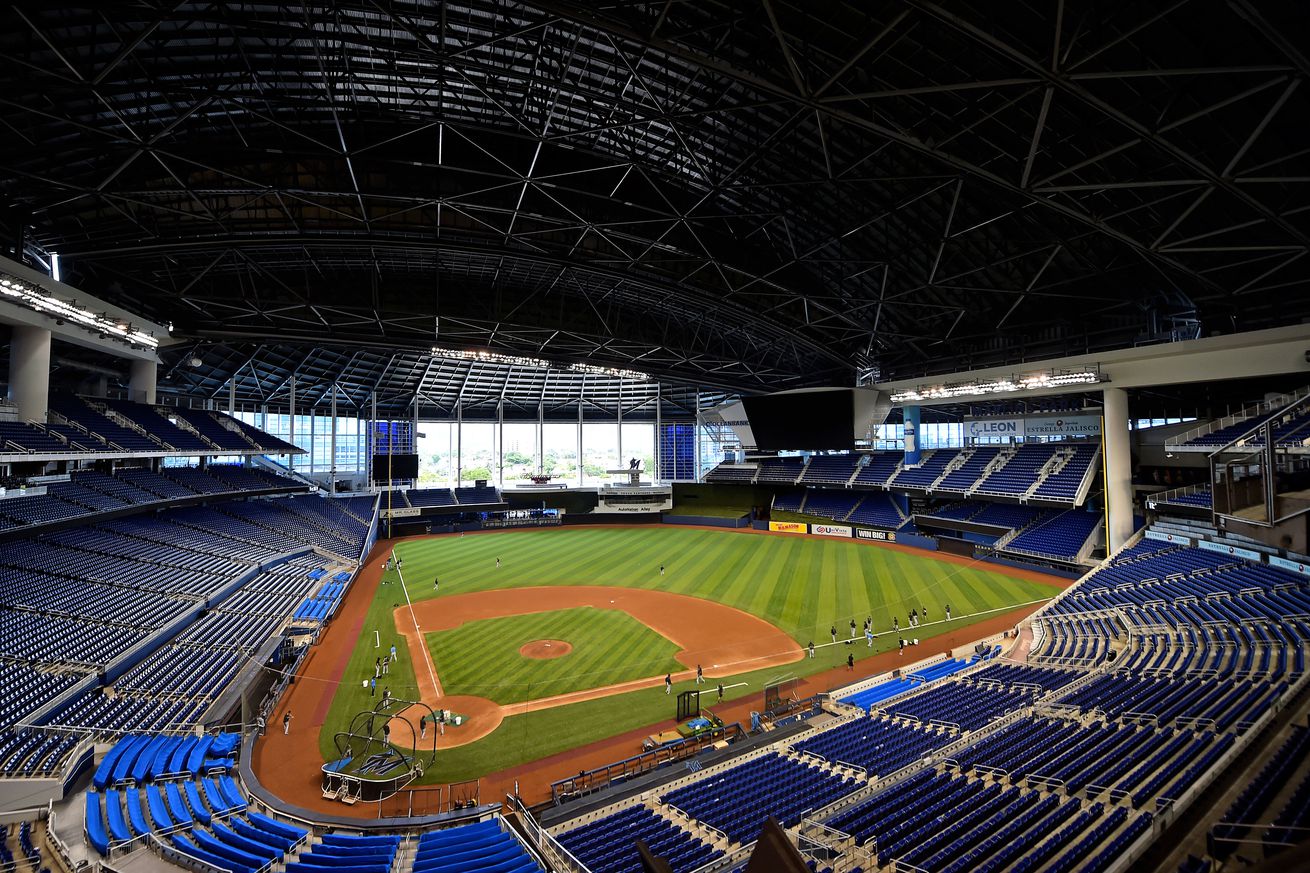 Less than one month after being drafted by the Fish, Max Meyer is ready to bring the “bulldog mentality” to the mound.

Things started off normally enough for Max Meyer when the college baseball season opened in February. The junior out of Minnesota was trying to add another season’s worth of scouting footage to his portfolio in preparation for the 2020 MLB Draft. Just as he had done his entire collegiate career, Meyer dominated, cruising with a 1.95 ERA through four games. The coronavirus cancelled the season in mid-March, but that small sample of excellence solidified him as a first-round draft pick. A very high first-rounder, as it turns out—the Marlins took him third overall.

Less than one month later, he is already throwing off the mound at the organization’s alternate training site in Jupiter, Fla. Without the presence of Minor League Baseball to develop him in a conventional way, Meyer has a chance to be called up to the big leagues at any point during this season.

It came as a surprise to many Marlins fans that he was taken so high, but not if you ask Marlins director of amateur scouting DJ Svihlik.

“That’s the most athletic college pitcher in this draft with the most electric stuff. And he’s just about Major League ready,” Svihlik said after round one of the draft.

Usually, comments like that mean that the player could be up as early as next year. Because the MLB Draft typically takes place in the middle of the MLB season, it is very rare for a player to make his MLB debut so soon after turning pro. The last player to make his debut the same season he was drafted was Mike Leake in 2011.

Thanks to the new roster rules implemented by MLB this year, Meyer’s debut for the Fish may be in the not-so-distant future. Clubs are allowed a 60-player pool, composed of their active roster, and their minor league reserves. Meyer is currently in that reserve squad in Jupiter, rubbing elbows with fellow first-round pick JJ Bleday.

“He’s very athletic on the mound,” said Bleday, who the Marlins selected No. 4 overall in 2019. “That’s the first thing that I noticed, right off the bat: how athletic he is. He’s got confident body movements. He pounds the zone. He’s pretty calm, cool, and collected out on the mound.”

Meyer threw about 20 pitches off the mound, including mostly fastballs and changeups.

However, what makes him stand out among other pitchers is his deadly slider. Some scouts said that he had the best slider in the 2020 draft.

“It’s a pitch I’ve relied on my whole career,” Meyer said. “I always feel like I have it dialed in…I just feel like I’m really confident throwing it.”

MLB Pipeline acknowledged the 21-year-old’s potential in ranking the Marlins farm system second-best in the league in right-handed pitching talent (trailing only the Dodgers).

Meyer hails from Minnesota, which means it’s not a surprise that he also has a background in hockey. Meyer and his friends would spend every winter break playing hockey, which Meyer said would help him bring that confidence back to the mound every spring.

“I feel like I bring that bulldog mentality out on the mound,” Meyer said. “I was a pretty physical player in hockey, so I kind of get fired up when I’m on the mound”

Meyer said he hasn’t been told specifically by coaches to prepare for a big-league call-up. But as 2020 has shown us, anything is possible at this point.