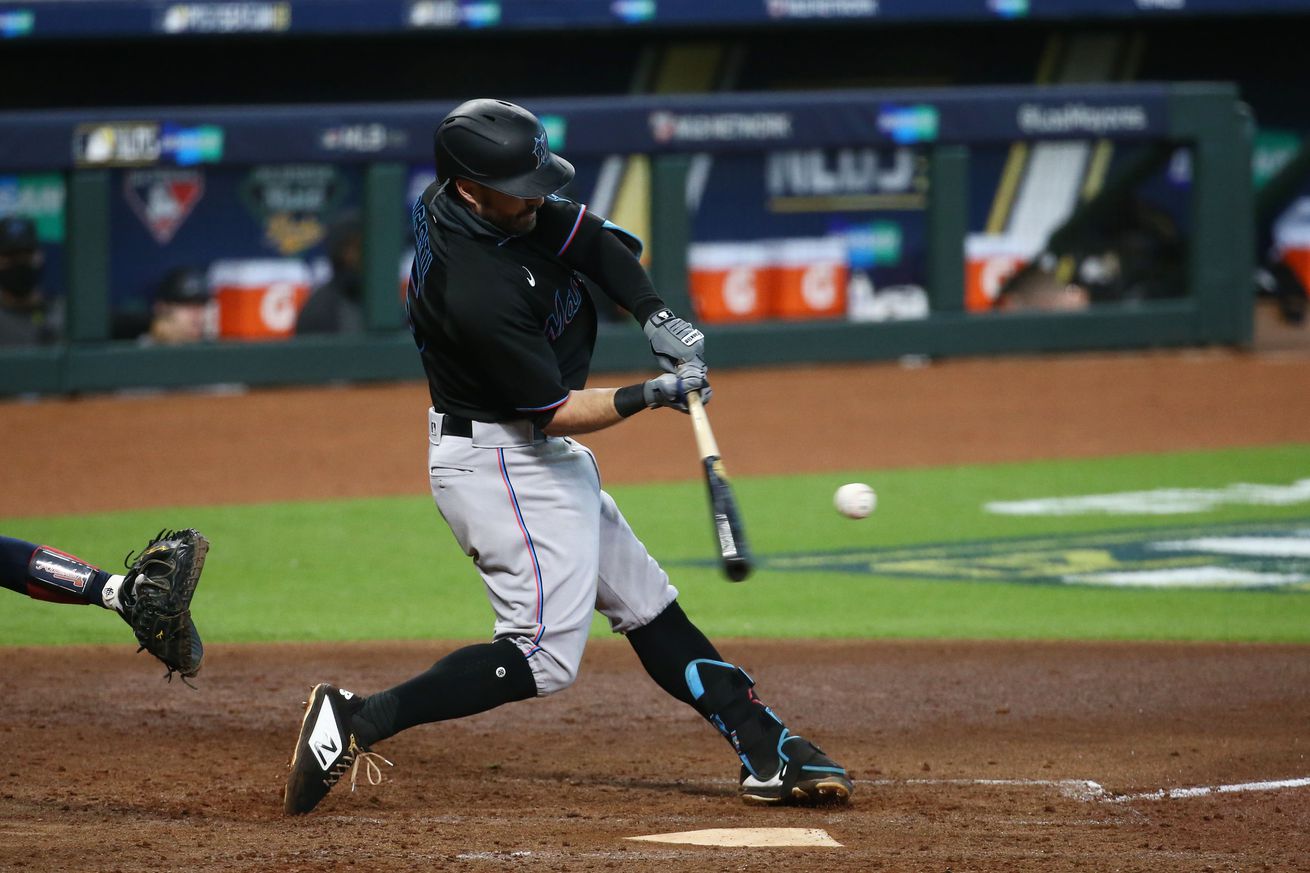 A dominant outing from Braves starter Ian Anderson kept Miami’s bats in check, Dansby Swanson and Travis d’Arnaud each homered for the second straight game, and the Braves beat the Marlins 2-0.

For the first time this postseason, the Marlins have been pushed to the brink of elimination. The Braves took Game 2 of the National League Divisional Series with a 2-0 win Wednesday.

Miami got all it could’ve hoped from starter Pablo López. One of the Marlins most reliable starters all season long, Lopez went 5 strong innings, and his only two pitch mistakes resulted in solo shots from Dansby Swanson in the second and Travis d’Arnaud in the fourth.

But Miami’s bats were silenced from the beginning. López was slightly outdone by Braves rookie Ian Anderson, who picked up right where he left off from in the Wild Card Series. Anderson pitched 5 2⁄3 scoreless innings while yielding just three hits. When the Fish were finally able to chase Anderson, they had even less success. The Braves bullpen did not yield a single hit for the rest of the game.

Despite a rough afternoon offensively, the Marlins still had their chances. Miami couldn’t capitalize on a 1-out double by Brian Anderson (#PayBA) in the fourth inning. But the best opportunity for the Fish came in the sixth. Jon Berti grounded a one-out single into left before Anderson was hit, followed by a Garrett Cooper walk to load the bases. But with the tying run on second and two outs, Matt Joyce grounded out and Miami’s rally fizzled out.

The Marlins last real opportunity was damaged by a bizarre yet remarkable defensive play by Nick Markakis. The eighth inning was off to a good start for Miami when Corey Dickerson reached on an error by Swanson. The Braves defense made up for it one batter later, however. Dickerson was gunned down at second by Markakis after a blooper by Berti forced him to hold between the bases. By the time it landed and Dickerson got moving, the Braves right fielder threw a perfect strike to Swanson in time.

The two early homers were all the Braves needed for a victory. Atlanta has pitched shutouts in three of the four postseason games played and not allowed runs in 37 out of 40 innings.

The Marlins will now have to win three consecutive games to stave off elimination and move on to the National League Championship Series.

“We don’t need to win three. You have to win one,” said manager Don Mattingly in explaining his mindset entering Thursday.

The Marlins, who have won every postseason series that they’ve ever played, will need to beat the Braves 3 times in a row to extend that streak.

CAN THEY DO IT JESÚS??!??!?! pic.twitter.com/KbQSGlfOST

Rookie sensation Sixto Sánchez takes the mound with the season on the line for the Marlins. With Miami as the nominal “home” team, his first pitch is scheduled for 2:08 p.m. ET.