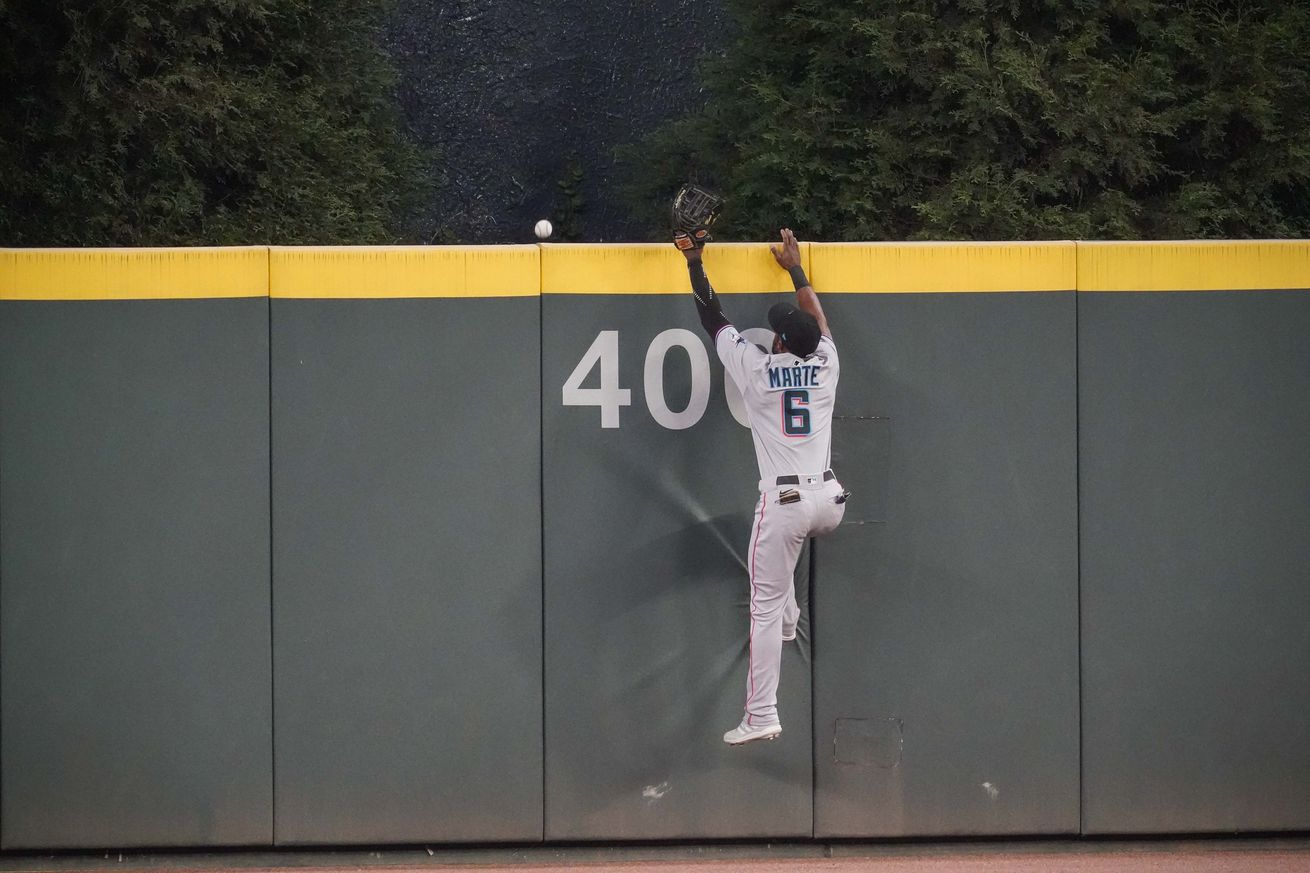 Meanwhile, the Braves clinch the NL East in the process.

Tuesday started off with the Miami Marlins’ magic number going down to three, courtesy of a Philadelphia Phillies loss. That was just about the only positive of the day for the Fish.

The trouble started early, when former Marlin Marcell Ozuna hit a solo home run in the first inning to put the Braves on the board . Ozuna came into Tuesday night hitting .185 against Miami this year. But he broke out with four hits, two home runs, and five RBIs Tuesday night.

One night removed from scoring three runs in the first inning, the Marlins offense couldn’t get anything down against Bryse Wilson, who was making his first start this season. In five innings, he gave up zero runs on just three hits.

But as soon as the Braves went to their bullpen, it seemed that the Marlins were ready to pounce on an opportunity to climb back into the game. Down 4-0 to start the sixth inning, Starling Marte hit a home run to center field. But that would be the only damage they would be able to do against reliever Josh Tomlin.

“I was hoping it would spark something,” Marlins manager Don Mattingly said. “We didn’t really get it going.”

Down 4-1 in the seventh, the Marlins called upon relief pitcher Nick Vincent to keep them in the game. Vincent had gone nine straight games without giving up a run before Tuesday night. However, he started this particular inning with a home run, double, another home run, and a single before being removed from the game. Suddenly, the Marlins were down 7-1, and Vincent had failed to record an out.

Brett Eibner then came in and allowed four more runs (two earned). The Braves hit five home runs, including one by Freddie Freeman, who came into Tuesday on an 0-for-13 skid.

The Marlins had an opportunity to put a dent in the Braves lead in the eighth. They hit three consecutive singles to load the bases, but followed it up with a Lewis Brinson strikeout and a double play off the bat of Brian Anderson. Anderson’s double play was just one of a few defensive plays that Atlanta executed against Miami to keep them at bay during the first two games of this series. There were a few hard-hit balls that could have been hits, including a 110 MPH hit off the bat of Jesús Aguilar that went straight to Austin Riley for a groundout.

“This game is funny,” Mattingly said. “There’s times where those balls are all dropping for hits, ball is bouncing your way. We got to create that. We have to give ourselves more chances, get guys on base.”

Marlins playoff odds peaked at 91.3% after the Phillies losses pic.twitter.com/EEbrFBuGk1

The good news for Miami is that the Phillies lost both games of doubleheader to the Nationals, which was capped off with a walk-off home run by Yadiel Hernandez. The Fish are 1.5 games ahead of Philadelphia. Their magic number is currently three. As of now, the earliest the Marlins could clinch a playoff spot is Thursday, assuming they win the next two days, and Philadelphia loses to Washington on Wednesday. The Braves officially clinched their third straight NL East title with the win, meaning Miami will not host any playoff games at Marlins Park this season.