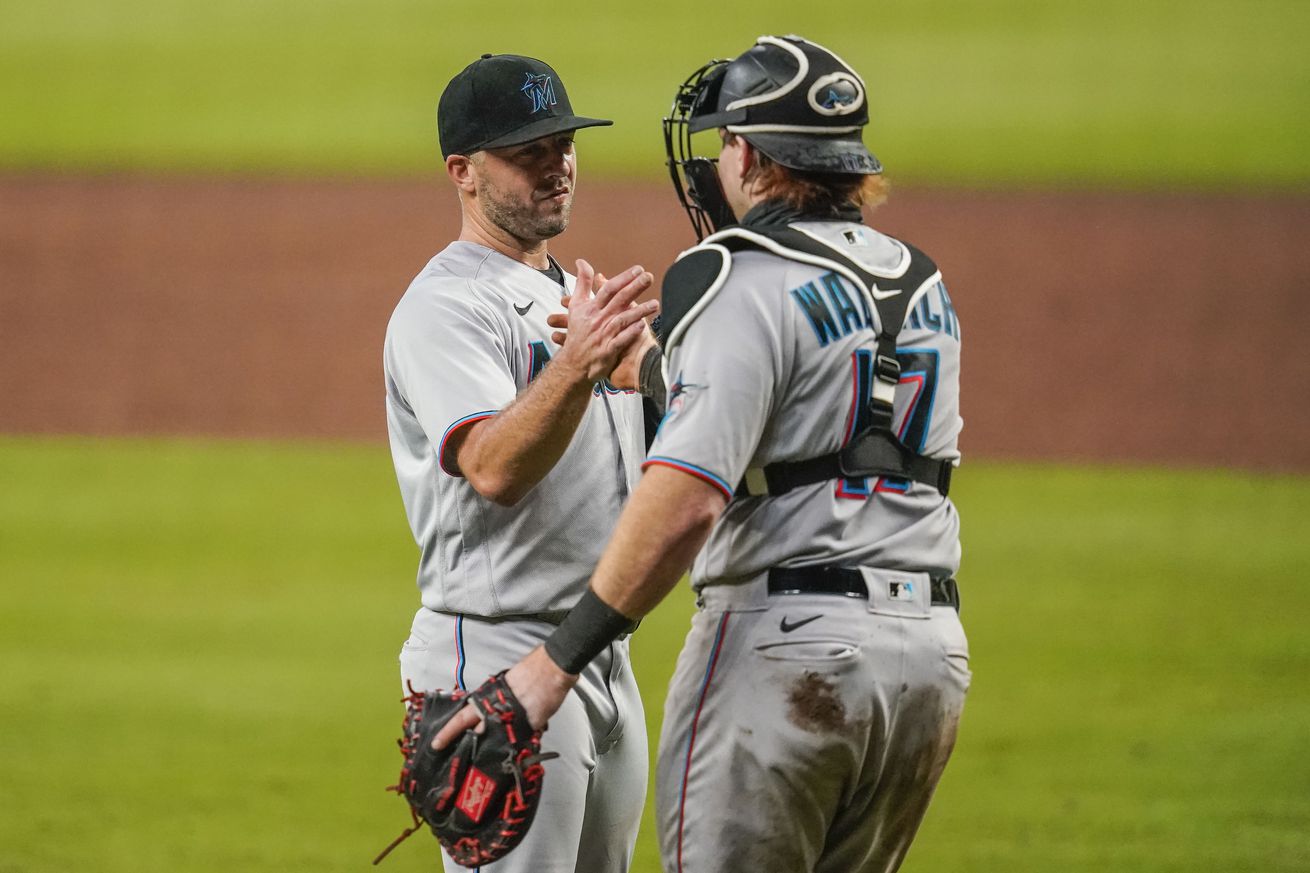 The Marlins took the series finale over the Braves, 4-2, behind a spectacular effort from Pablo López and some clutch two-out hitting.

With a 4-2 victory over the Braves Thursday, the magic number for Miami to clinch its first playoff appearance in 17 years is down to just two games.

After struggling to shut down Atlanta’s lineup for the first three games of the series, starter Pablo López showed up when the Marlins needed him the most. López went five shutout innings while allowing just two hits.

Through five innings, however, Braves starter Ian Anderson kept Miami off the scoreboard himself. But Atlanta skipper Brian Snitker left Anderson out for the sixth, and the Marlins capitalized.

Back-to-back singles to open the inning from Brian Anderson and Garrett Cooper had Miami in prime position to score the game’s first runs. Anderson returned the favor by punching out the next two Marlins hitters. But Chad Wallach provided the breakthrough for Miami with a single that scored Anderson. Wallach called it the biggest hit of his career.

Nine hitter Jon Berti provided what would be some much needed insurance with a double down the left field line. Miami opted to try to score Wallach all the way from first. A good cutoff throw from Ozzie Albies surely would have gunned down the catcher at home plate. But a bobble and a bad throw allowed Wallach to score, extending the Marlins lead to three.

It only stayed at three for a single inning. Miami’s big power bat Jesús Aguilar unleashed a 436-foot solo shot in the seventh inning that gave the Marlins some more breathing room with a 4-0 advantage.

It would be far from a cakewalk to close things out. Don Mattingly called on Brad Boxberger in the eighth inning to try to get the game to Brandon Kintzler in the ninth for a three-out save. But Mattingly was forced to call on Kintzler much earlier than he expected. Boxberger opened the eighth allowing a single, double, and walk. Kintzler was asked to get a six-out save, something the closer had never done in his 10-year major league career.

The Braves scored two in the eighth on a ball that ricocheted off Miguel Rojas’ glove. But Kintzler danced out of trouble, and that was all Atlanta would get. The Braves did bring the tying run to the plate in the ninth, but a pair of strikeouts polished off the most important Marlins win of the 2020 season early into Friday morning.

Miami will have to earn its trip to the postseason. The Fish wrap up the shortened regular season with a three game series against the Yankees in the Bronx. Sandy Alcantara faces J.A. Happ in Friday night’s opener. A win paired with a Phillies loss against the Rays would clinch a playoff spot for the Marlins (gets them second place in the NL East), as would a win paired with two Giants losses to the Padres and at least one Brewers loss to the Cardinals (gets them NL Wild Card).