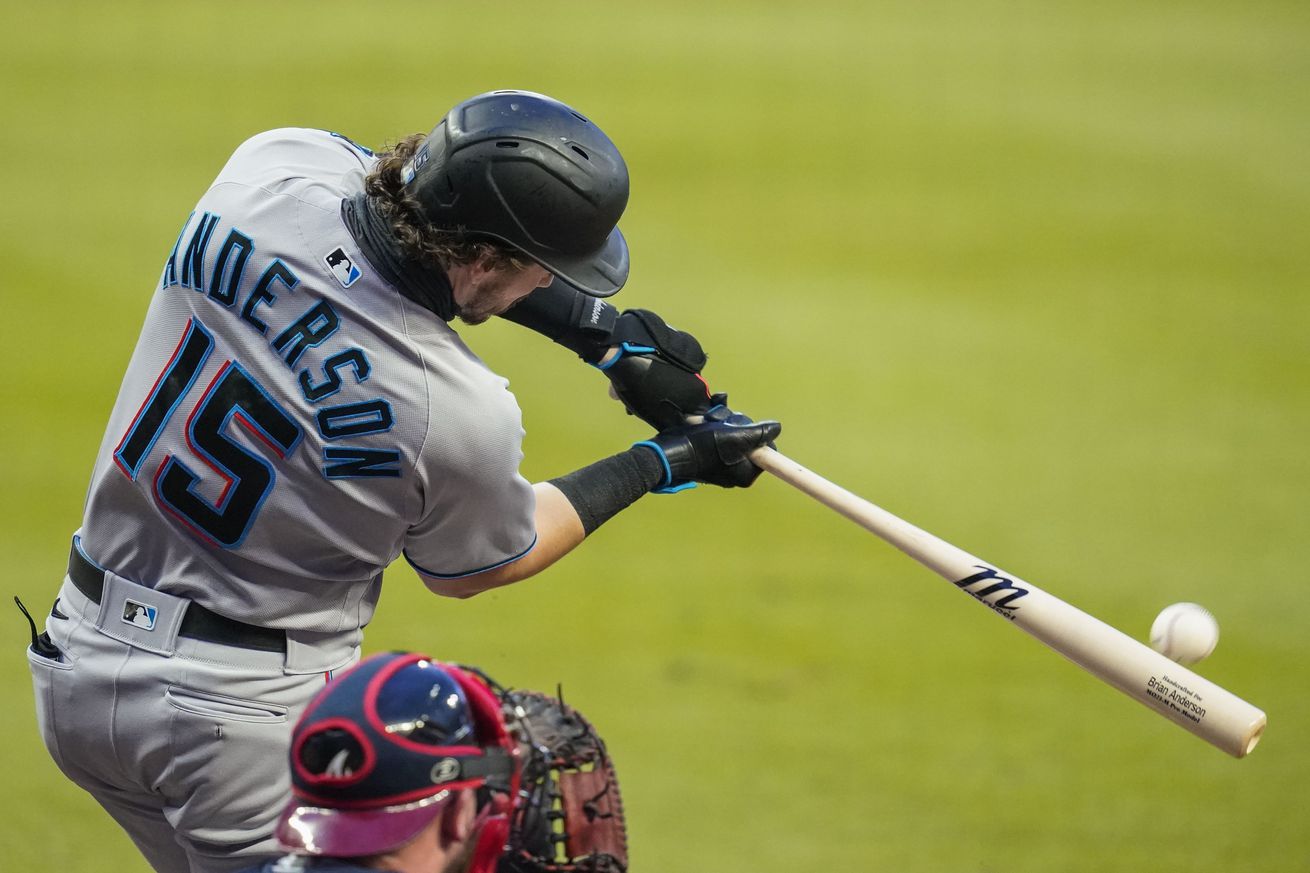 Sixto Sánchez was roughed up by the Braves in his final start of the regular season as Miami’s grip on a playoff spot loosens.

Looking at Wednesday’s pitching matchup on paper, where the Marlins sent their top young pitcher Sixto Sánchez who had an ERA of 2.75 up against Braves ace and legitimate candidate for the NL Cy Young Max Fried with a 1.96 ERA, the game was set up to be a low-scoring affair. But that was not the case tonight between these two talented pitchers.

The game started strong for the Fish as Jesús Aguilar and Brian Anderson launched monster back-to-back home runs to gain an early lead against the Braves.

The Marlins’ home runs were the first homers given up by Fried in over 70 innings pitched dating back to last season. That inning showed how badly the Marlins wanted to win this game even against the potential Cy Young winner.

Sixto tonight did not look like his usual dominant self, contending for the NL Rookie of the Year. The young right-hander looked off as if something was missing from his arsenal, he finished tonight with a mediocre line—3.0 IP, 4 H, 4 ER, 4 BB, 2 K on 75 total pitches—averaging 25 pitches per innings pitched and ended with more walks than strikeouts which is never good. The last two games for Sixto have not been great, but we all know the saying “Rome wasn’t built in a day.” Overall for Sixto, his rookie season ended up being a bright spot for the Fish as he finished at 3-3 with a 3.46 ERA, 1.21 WHIP, 39.0 IP and 33 Ks.

Sixto gets his first K on a 92 MPH changeup pic.twitter.com/WsboeaJMtF

As the game progressed, the Braves scored 3 in the first and 1 in the third inning to give themselves a 4-2 lead. The Marlins did what they have done all season: storm a comeback. Runs scored by Lewis Brinson (who is having the best season of his career since arriving in Miami), and Jon Berti tied things up.

The score would not be tied for long as Josh A. Smith (in relief of Sixto) gave up five runs in the bottom 4th to fall behind 9-4, a deficit which would turn out to be too much. Meanwhile, the Braves bullpen continued to impress, allowing only two runs and four hits covering for Fried (left ankle injury) from the second inning onward.

This was not how the Marlins envisioned the series would shape up, down 3-0 with the final game upcoming tomorrow. A win is needed badly to separate themselves from the Phillies, who closed the gap between themselves and the Fish with an easy win in Washington. The loss today drops the Marlins to 28-28 but they still currently hold the 6th seed in the N.L and could potentially clinch a playoff berth as early as Friday against the Yankees.

Hope should not be lost, Marlins fans, as they look to take the final game of the series tomorrow. Pablo López takes the mound for the last time during the regular season. The game will be at 7:10 p.m. on Thursday with López facing rookie right-hander Ian Anderson.