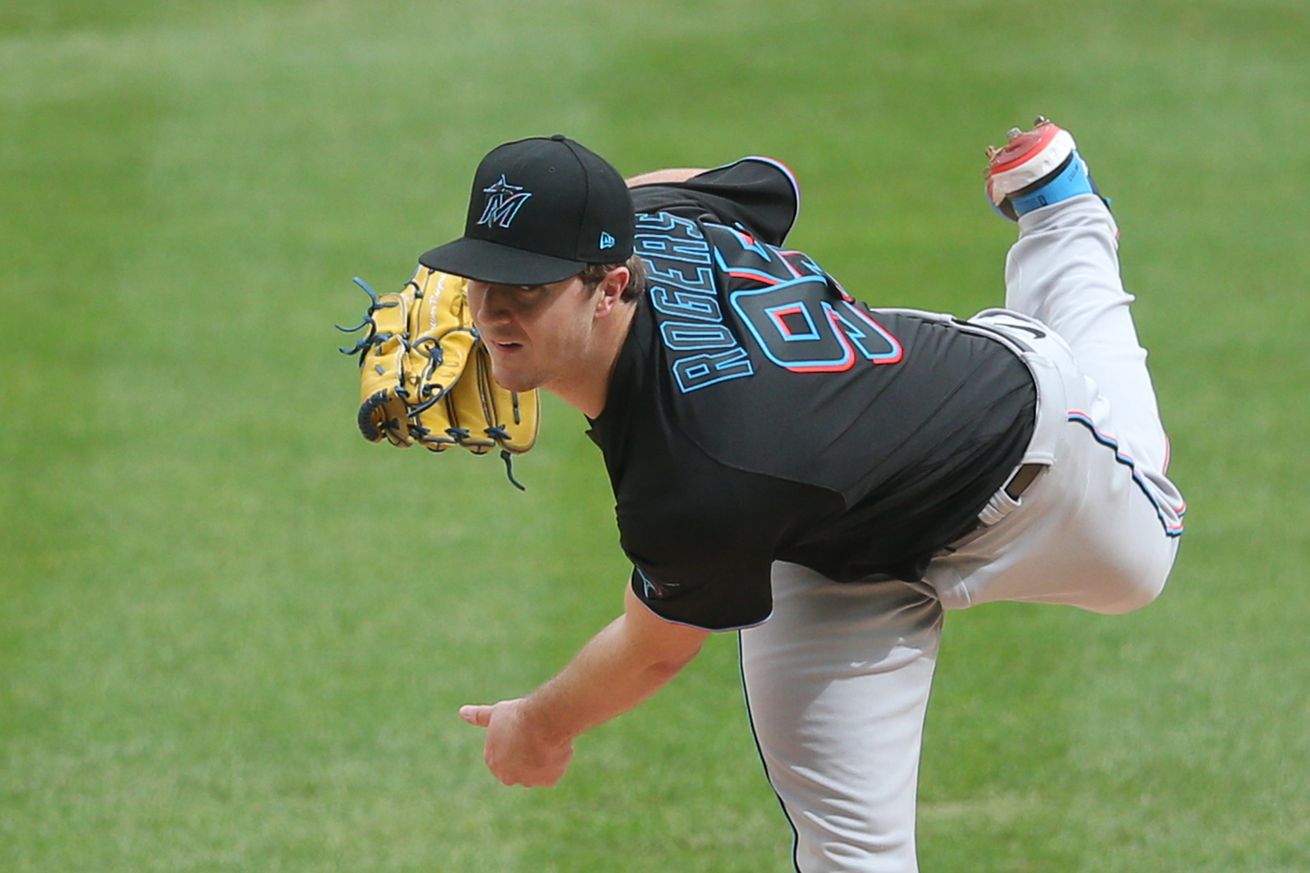 The Marlins’ “hangover lineup” seized an early lead, but couldn’t keep up with a Yankees power surge.

With many of their regular position players resting and preparation for the postseason taking precedence over the here and now, the Marlins suffered a mid-inning meltdown on Saturday en route to losing to the Yankees, 11-4.

The opening half of the game was encouraging!

Monte Harrison, getting a rare starting opportunity, led off the third inning with an opposite-field single. Yankees right-hander Deivi García nearly picked him off first base, but the call was overturned after a replay review. Harrison made the most of his new lease on life by dashing all the way around the bases on a Miguel Rojas double (which would wind up as Miami’s only extra-base hit).

Monte plays the game at a different speed than everybody else #JuntosMiami pic.twitter.com/66OA0NyHmA

Jon Berti and Matt Joyce added on with run-scoring singles, neither of which were hit particularly hard.

Trevor Rogers allowed the first two opposing hitters to reach safely on a double and walk, respectively. However, he impressed from that point forward. The rookie’s fastball peaked at 96 miles per hour multiple times and he hit his target more often than not.

Manager Don Mattingly said postgame that he was satisfied with Rogers’ performance and plans to utilize him in a relief role during the upcoming best-of-three Wild Card Series. As of late Saturday afternoon, the Marlins’ opponent hasn’t been determined yet.

Ryne Stanek entered out of the bullpen in the fourth with a 3-0 lead. He handled the heart of the Bombers lineup well, but faltered the following inning, surrendering a two-run homer to the light-hitting Tyler Wade.

With the gap narrowed to 3-2, James Hoyt was tasked with escaping the fifth and stranding the potential tying run at first. On paper, the matchup looked promising—Hoyt’s slider has been incredible throughout 2020 and Giancarlo Stanton is prone to whiffing against those type of pitches.

Unfortunately, Hoyt floated his 1-0 offering almost precisely across the middle of the plate. Stanton barreled it.

Technically, Hoyt’s scoreless streak—which dates back to August 15—remains intact because he only allowed an inherited baserunner to score. Disappointing afternoon for him, nonetheless.

Stephen Tarpley and Nick Vincent combined to cough up eight runs during their two innings of work, with Luke Voit’s three-run dinger against Vincent putting the game firmly out of reach.

Both Stanek and Tarpley are believed to be in the Marlins 40-man postseason player pool, which was submitted to Major League Baseball last weekend. But their spots on the active roster for the Wild Card Series are far from secure. Jazz Chisholm snapped an 0-for-19 skid at the plate, though he’s been understandably buried on the bench with Rojas and Berti providing consistent production up the middle. The club has until Wednesday morning to decide on the optimal group of players to use (by then, we will know whether they’re playing the Cubs or Padres).

Sunday is the 2020 regular season finale. All MLB games will begin simultaneously at 3:05 p.m. ET. José Ureña starts for the Marlins and Clarke Schmidt for the Bombers. Having already snapped the franchise’s 17-year postseason drought, the Fish are seeking to finish above .500 for the first time since 2009.