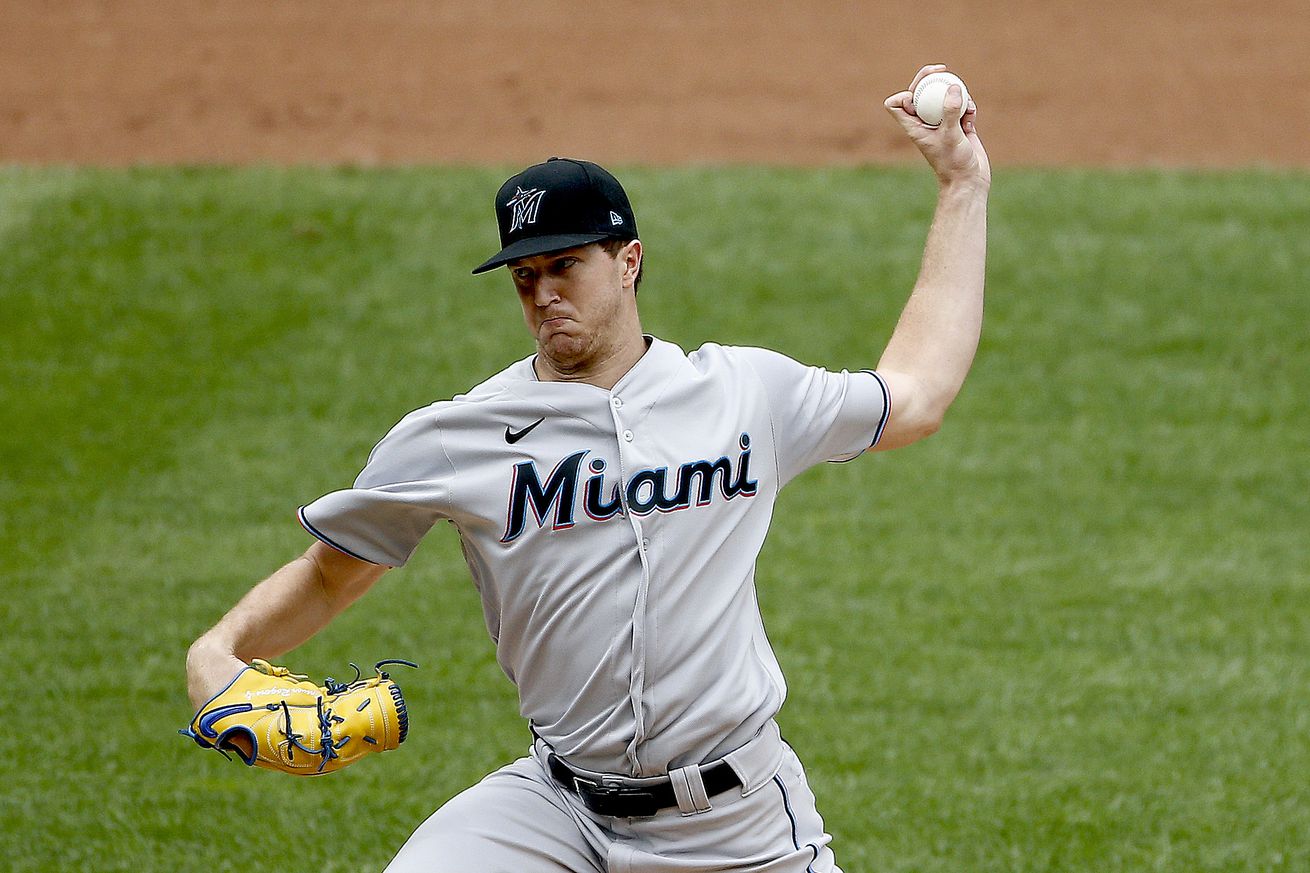 The Marlins are once again back at .500 after upsetting the Mets ace.

The Marlins were not set up for success Monday afternoon, flying in from Miami for a single make-up game against the Mets, cruelly matched up with Jacob deGrom for the fourth time in August. But they rallied to finish the month on a high note, with rookies coming up clutch in the 5-3 victory.

Rogers wasn’t as imposing in this start as he had been during his MLB debut in New York last Tuesday. However, he kept most balls in play on the ground and got five critical whiffs with his changeup (complementing his trusty fastball).

The bottom of the third inning began with a walk to the notoriously swing-happy Amed Rosario. That was followed by another free pass to Brandon Nimmo. Although Rogers was tagged for two runs in the frame, the following hitters did him a favor with their aggressiveness. That helped keep his pitch count in reasonable shape, always important given the Marlins’ shaky bullpen and especially so on trade deadline day with closer Brandon Kintzler being among several veterans who other teams were inquiring about.

Aside from a Lewis Brinson infield single (extending his hitting streak to five), the Marlins had hardly anything to be proud of through the first half of the contest. Adding to the challenge, Jonathan Villar left after the fifth due to what we soon learned was a trade to the Blue Jays. Awkwardly, his debut for Toronto will come at Marlins Park when the Fish resume their homestand on Tuesday.

Garrett Cooper gave the Marlins life in the top of the sixth with a 451-foot solo shot off deGrom. Lewin Diaz, Miguel Rojas and Jorge Alfaro each contributed RBI hits later in the inning. Brian Anderson cashed in a valuable insurance run with his homer against right-hander Brad Brach.

For the third straight appearance to begin his career, Alex Vesia couldn’t hold his opponents scoreless. But Richard Bleier, Yimi García and Kintzler quieted the Mets from there.

If you were worried about the Marlins missing Villar’s baserunning, this win must have felt reassuring. Four different players stole bases for the club, including Alfaro and Matt Joyce each swiping their first ones of the season.

Elieser Hernandez, who heard his name bandied about leading up to the deadline, will remain in the Marlins starting rotation for the Blue Jays series opener. First pitch is scheduled for 6:40 p.m. ET.