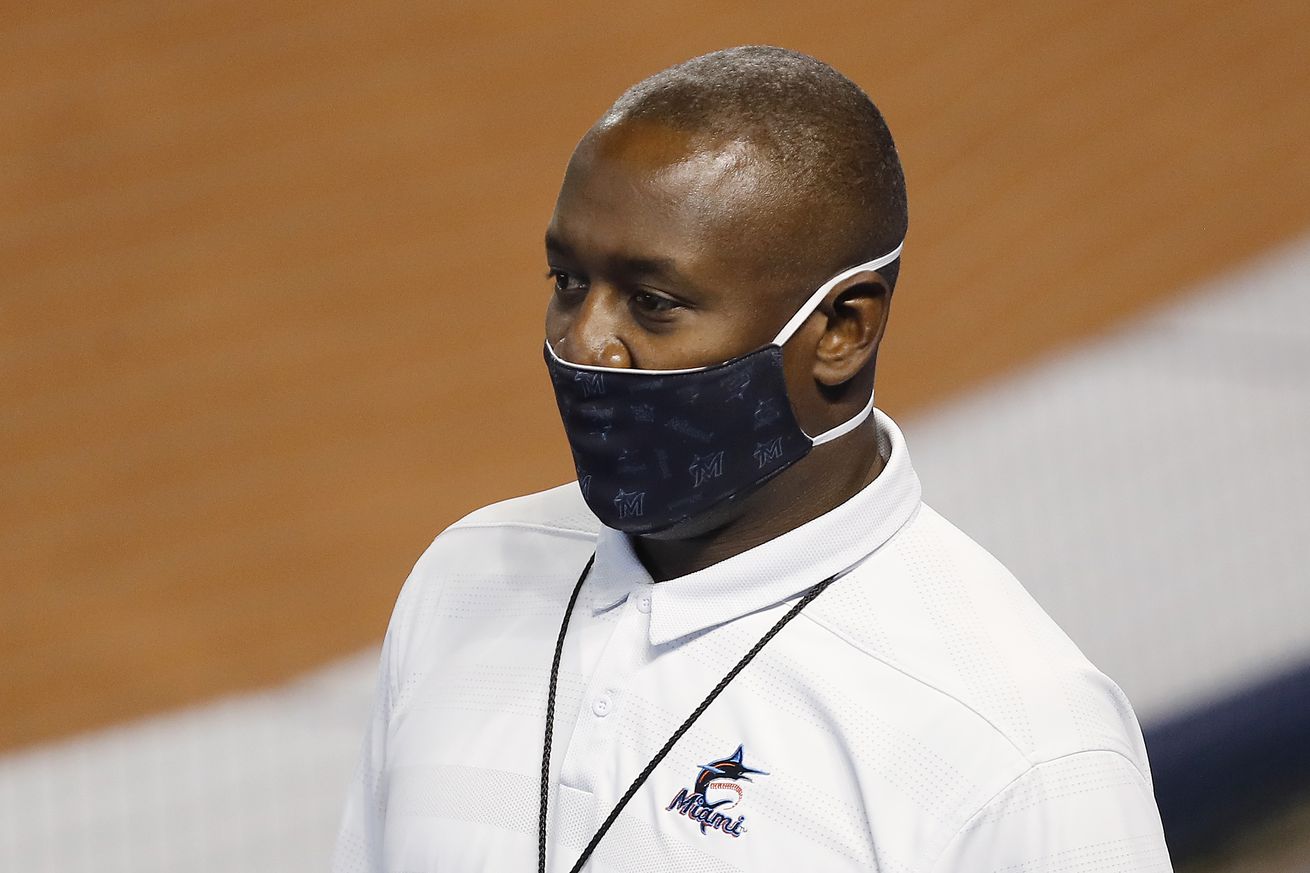 The longest-tenured member of the Marlins front office departs following one of the franchise’s most successful seasons.

Sunday morning surprise: Michael Hill has been removed as Marlins president of baseball operations, as first reported by Ken Rosenthal of The Athletic.

Official phrasing from the Marlins: Michael Hill “will not be returning” pic.twitter.com/8fDtRlZmgw

Hill was one of the few members of the club’s front office who was retained when new ownership took over three years ago. He had a major role in flipping star hitters Christian Yelich, Giancarlo Stanton, Marcell Ozuna, J.T. Realmuto and Dee Gordon for a prospect haul featuring Lewis Brinson, Sandy Alcantara, Magneuris Sierra, Zac Gallen, Sixto Sanchez, Jorge Alfaro and Nick Neidert. The 49-year-old also had the unprecedented challenge this summer of keeping the Marlins afloat when the majority of their active roster was stricken by a COVID-19 outbreak. The Fish finished with a 31-29 record, good for second place in the NL East and the franchise’s first postseason berth since 2003. They upset the Cubs before being swept by the rival Braves in the National League Division Series.

However, CEO Derek Jeter was complimentary yet non-committal about Hill’s status when asked about it in late September. Hill was at the end of his contract entering the 2020-21 offseason—a high-salaried deal handed out by former owner Jeffrey Loria—and despite his title, he wasn’t solely responsible for the decisions that have moved this rebuild along.

Here is Marlins CEO Derek Jeter 3 weeks ago speaking on the status of Michael Hill. https://t.co/Z3C7Go78qG

“Mike has done a great job…but at the end of the year, you sit down and think about how we’ve gotten to this point, and more importantly, how we’re gonna get better.” pic.twitter.com/QmI1ejmmc5

Jeter hosted a brief conference call with reporters on Sunday to confirm the news. He announced that director of player personnel Dan Greenlee has been promoted to assistant general manager (Brian Chattin also holds that title).

Craig Mish implies that there was mutual interest in having Hill remain with the organization, but they couldn’t find common ground on contract terms. For context, manager Don Mattingly had his salary lowered when the Marlins extended him in 2019—that looks like it was a priority during these negotiations, too.

Rosenthal is quick to mention that there’s a vacancy in the Reds front office that Hill may have interest in.

While very disappointed in the outcome and negotiation, Hill tells me he is at peace with it and is ready for his next challenge.

As for the Marlins, they will consider promoting from within. Vice president of player development and scouting Gary Denbo is a potential candidate to fill Hill’s shoes. But they also have the time and willingness to conduct an extensive search, Jeter says. He reiterated that the 2021 club option for outfielder Starling Marte will be exercised, so aside from reliever Brandon Kintzler’s option, their most significant moves can wait until later in the offseason.