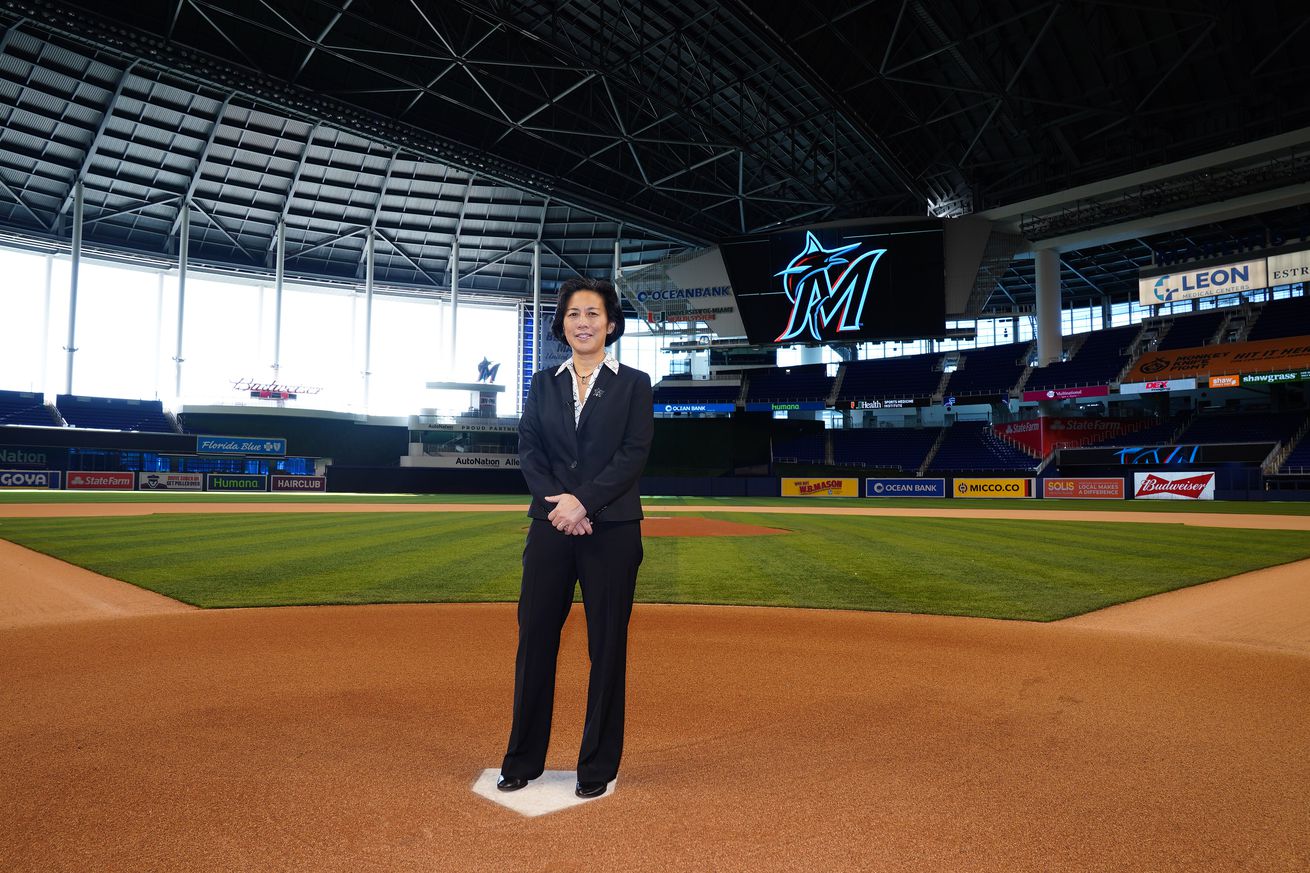 I dare you to watch Monday’s Kim Ng introductory press conference and not feel confident about the direction of the Marlins organization.

Accompanied at Marlins Park Monday morning by CEO Derek Jeter and chairman Bruce Sherman, new general manager Kim Ng spent nearly an hour fielding media questions via Zoom. Topics included her upbringing, the many people within Major League Baseball who taught and supported her throughout the last three decades, and what her hiring signifies for future generations of women.

How long will the “honeymoon” last? Well, Ng’s front office has several transactions to make this week. Friday at 5 p.m. ET is the deadline to protect eligible prospects in advance of the Rule 5 Draft. Infielder José Devers and outfielder Jerar Encarnación are likely to be selected in the Rule 5 unless the Marlins put them on the 40-man roster. They must also keep in touch with the other teams to capitalize on intriguing players who are getting squeezed off the 40-man—that’s how Miami acquired Garrett Cooper and Caleb Smith (2017) and Nick Anderson (2018).

Marlins prospects Lewin Díaz (Estrellas Orientales) and Jesús Sánchez (Toros del Este) were set for a head-to-head matchup in the Dominican Winter League season opener on Sunday, but the game was postponed after a lengthy delay. Instead, they got back to business versus different opponents on Monday night. Díaz went 1-for-3 with a walk, including a single against former MLB All-Star Neftalí Feliz; Sánchez went 0-for-4 with two strikeouts.

Colombia’s Caimanes de Barranquilla confirmed that outfielder Harold Ramirez will be playing for them this winter, alongside Marlins teammate and countryman Jorge Alfaro. Their season begins Nov. 28.