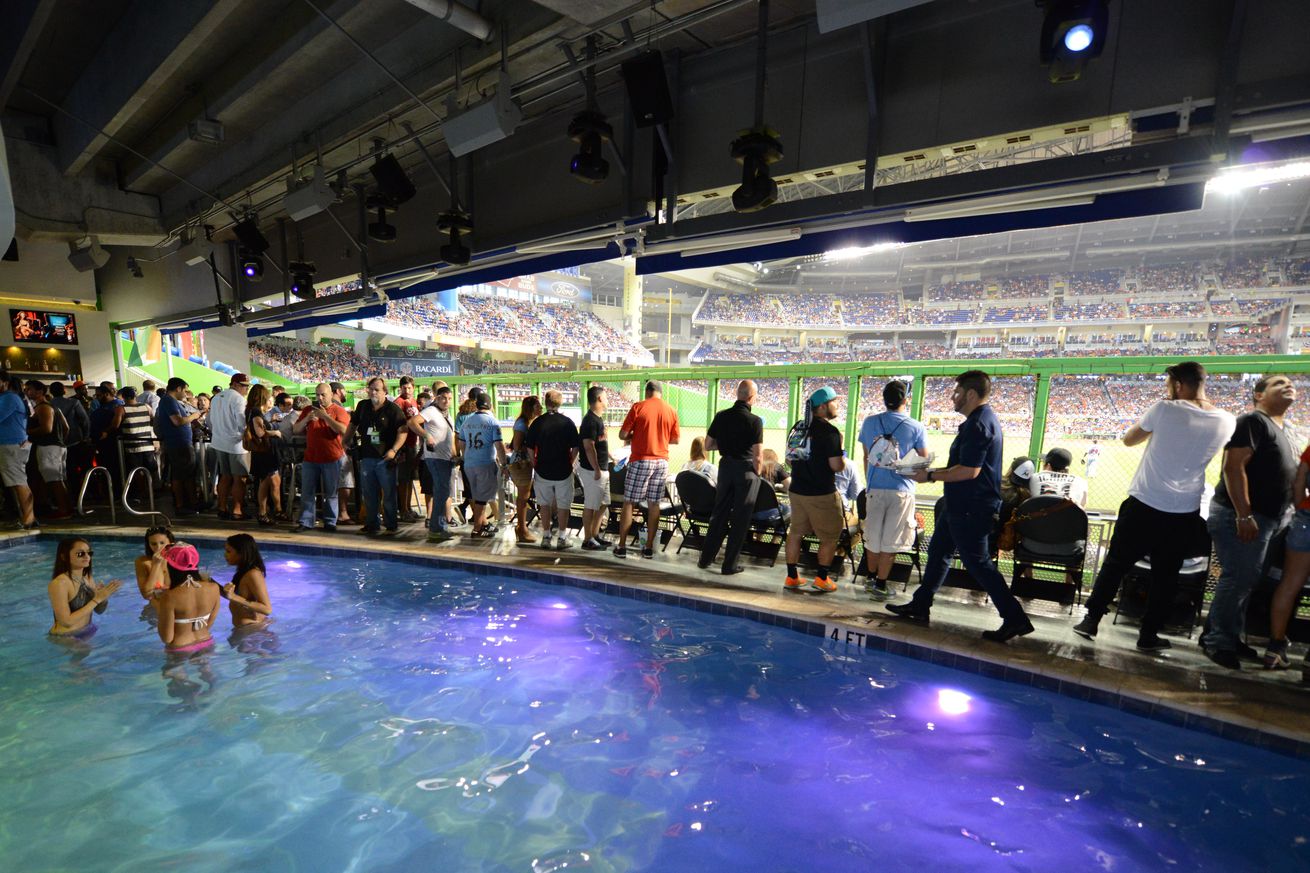 With the 2020 MLB season only weeks away, the Marlins continue to tinker with their in-stadium entertainment and parking.

SLATER SCOOP: The Clevelander is out at Marlins Park.

The left field area will now be used for a “wide variety of audiences,” Marlins exec Adam Jones tells me about the mutually-agreed split.

The space will not have a pool. pic.twitter.com/0BvBmrvogr

The popular South Beach hotel/bar has had a presence at Marlins Park since the stadium opened in 2012. But Chief Revenue Officer Adam Jones tells local radio host Andy Slater that the area beyond the left field fence is being repurposed to serve a “wide variety of audiences.” While further details aren’t available yet, it’s safe to assume a different musical playlist coming from the speakers and more clothing on the employees.

Out of curiosity, we polled Fish Stripes Twitter followers to gauge their experience with The Clevelander:

After 8 seasons, The Clevelander is no longer at Marlins Park, Andy Slater reports.

Be honest: Did you ever go there during a Marlins game?

Here is a more specific version of the poll for the rest of you to participate in:

Speaking of Adam Jones, you may remember his appearance with me on Fish Bites way back in October? He teased that the cost to use the Marlins Park garages would be coming down in 2020.

Finally on Wednesday, the team released full details about that as well as how the PayByPhone option should expedite the process.

Island Origins Magazine, which covers the Caribbean American community, did a profile on everybody’s favorite Bahamian ballplayer. Jazz Chisholm tells them about his grandmother’s influence on his career and his comfort level with the Marlins organization. Despite spending much of the winter in South Florida, he was back home in January for the 2020 Don’t Blink Home Run Derby in Paradise.

So far in Grapefruit League competition, Chisholm is slashing .273/.429/.364 with two stolen bases in seven games. Depending on injuries, trade deadline activity and his own performance, you may see the 22-year-old in the majors by the end of the season.

Head over to FOCO—this weekend only—for Marlins Game of Thrones bobbleheads. They’re all 40% off the regular price.

Analysts at Fantrax are advocating for several Marlins players who have the potential to significantly out-perform their current average draft position (ADP).

Here is Mike Kurkland on Brian Anderson: “The gain in power production is legit and if the changes hold, and of course throw in those few steals, he could really have himself a breakout season.”

Paul Mammino believes Elieser Hernandez and Pablo López are being overlooked despite an intriguing combination of stuff and command.