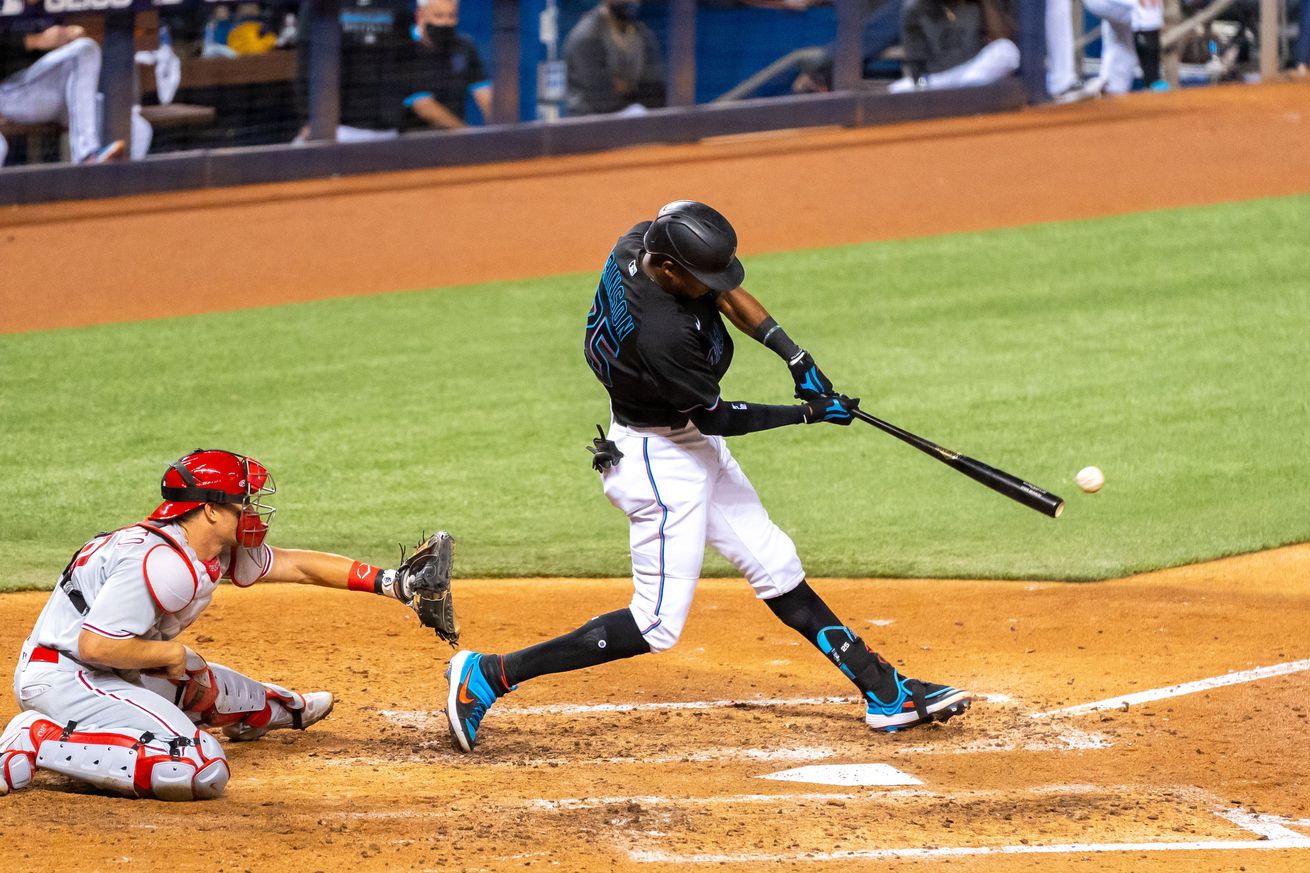 With an influx of highly regarded prospects, the Marlins are rounding into a complete team.

Nine notables for week of Sept. 14

Every Monday morning, I’ll be leading off these Our Noticias pieces with a roundup of Marlins players who—for better or worse—are top of mind:

Previous games: The Marlins have defeated the Phillies in four of the first six games, though they have been outscored, 34-28.

Injury concerns: J.T. Realmuto (hip discomfort) and Rhys Hoskins (forearm soreness) are both getting MRIs on Monday. Even if both of those come back clean, it’s highly unlikely that they’ll be available for the full game. After catching seven straight days, Jorge Alfaro should be getting at least a partial day off, too. Every Marlins reliever on the active roster has adequate rest.