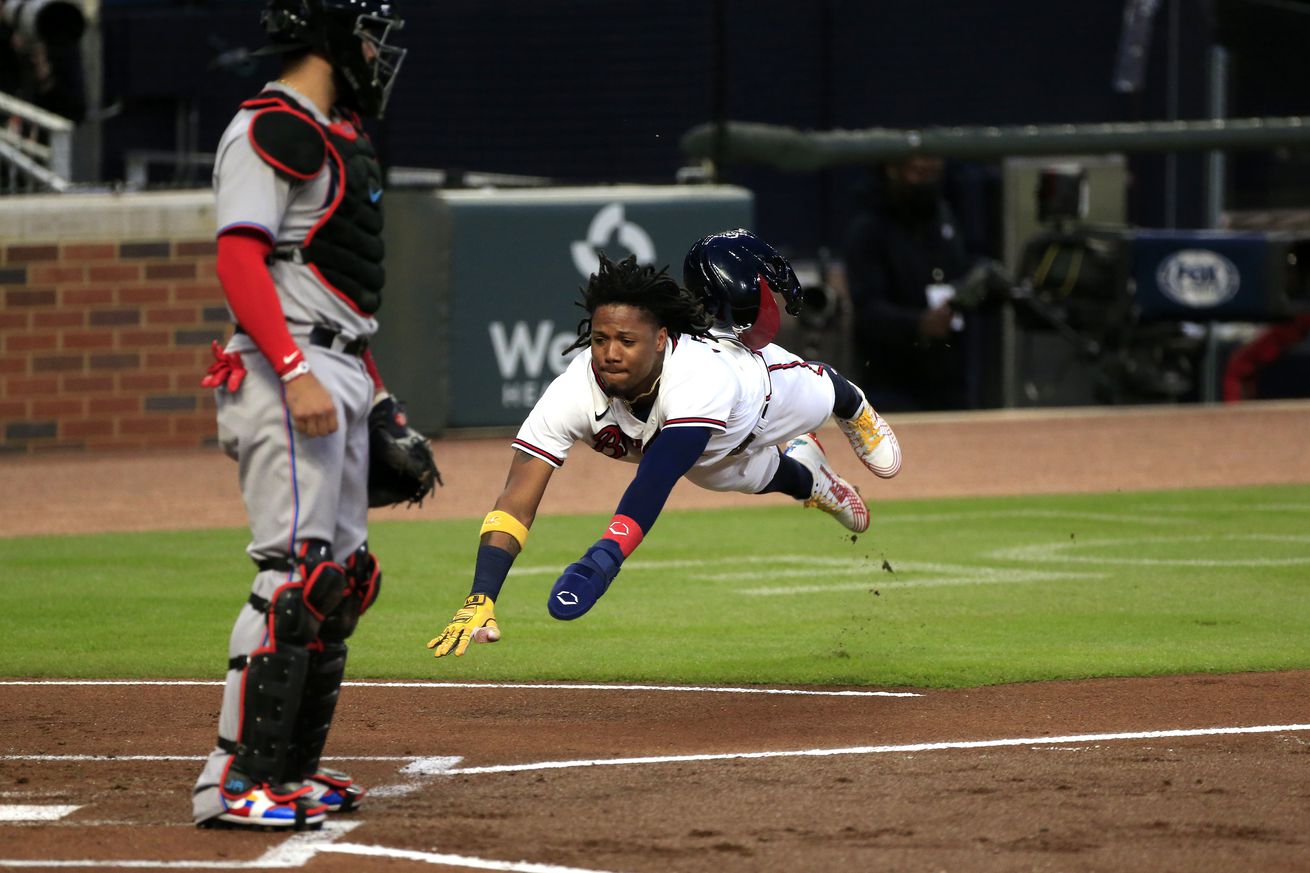 And it’s time to look at tie-breakers.

The Marlins lost 9-4 to the Braves Wednesday night, while the Phillies won to pull within a half a game of the Fish for second place in the NL East. The Marlins jumped out to a 2-0 lead in the first off of back-to-back homers by Jesús Aguilar and Brian Anderson, but the lead was short-lived as the Braves strung together several hits and walks in the bottom half of the frame to plate three off a laboring Sixto Sánchez.

Though exhausted and matched up against tough opponents the rest of the way, the .500 Marlins still control their own destiny. https://t.co/RMJmmC6gy8

Atlanta would never look back as it would put up one more on Sánchez before his departure beginning the fourth. They then added five more off of the rookie’s replacement Josh A. Smith. Playoff odds are at 72.4 percent, which is a hell of a lot better than the preseason.

After the game, manager Don Mattingly reiterated his belief that the team would bounce back as it has all year.

Here’s how things currently stand in the NL playoff picture among teams with a chance to impact the Marlins’ spot. The Marlins own the tie-breaker against the Phillies due to a 7-3 head-to-head record this season.

There are a number of tie-breaking scenarios possible this season, but I’ll break down the most immediate ones here as it relates to the Marlins. After head-to-head record for clubs from the same division who are tied, the tie-breaker for teams from other divisions is based first on intradivisional record. The Marlins’ 20-19 record against the East is currently better than the Giants’ against the West and the Brewers’ against the Central (both are 17-18), but worse than Cincinnati’s (21-19) and St. Louis’ (19-16). Of course all of this could change in the season’s remaining five days, and if there are still ties after looking at records within divisions, then the teams’ records over their last 20 games would determine who advances.

Pablo López (5-4, 3.96) will try to be the stopper as he seeks to prevent a sweep and put an end to the Marlins’ four-game skid before the team heads to New York to close out the season against the Yankees. Ian Anderson (3-1, 2.36 ERA) will go for the Braves. Game time is 7:10 pm.