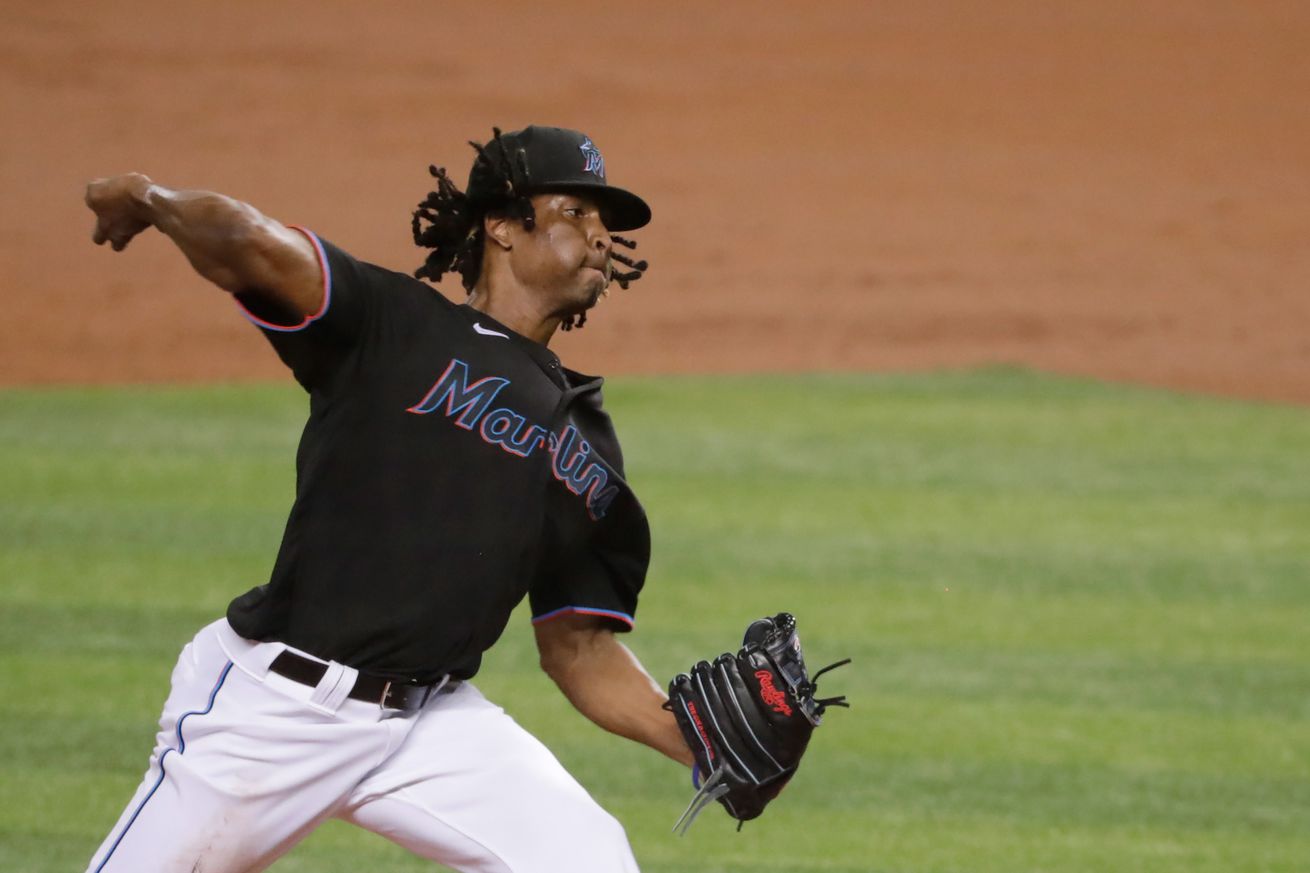 As has been the case often in his Marlins career, José Ureña made costly mistakes in the first inning that his team couldn’t recover from.

The much-anticipated MPCS is knotted up at two games apiece after the Phillies rode an offensive eruption to a 12-6 win over the Marlins.

Ureña was the one celebrating a birthday on Saturday, but in a reversal of traditional roles, he handed out the “presents” at Marlins Park early on. A Brian Anderson error—his eighth of the season, most among all National League players—and back-to-back walks loaded the bases for Didi Gregorius in the top of the first. The Phillies shortstop pounded a hanging slider to right for a grand slam.

Mired in an extreme slump over the previous several weeks, Bryce Harper broke out in a big way, reaching base safely five times against Marlins pitching. His performance included an opposite-field solo homer in the third which made it a 5-0 lead.

The rookie right-hander Howard was cruising the first time through the Marlins lineup. What stood out to me especially was his ability to consistently throw his breaking balls for strikes.

Alas, his outing deteriorated rapidly in the bottom of the fourth. Jesús Aguilar singled, Matt Joyce walked and Anderson made amends for his defensive lapse with a three-run tater.

Howard abruptly exited after that, with the Phillies later announcing that he was suffering from shoulder stiffness.

As expected, the Fish had ample scoring opportunities against the flimsy Philadelphia bullpen. Red-hot Lewis Brinson contributed with a pinch-hit, run-scoring double against JoJo Romero.

Are you sitting down?

However, they didn’t fully capitalize. Jorge Alfaro and Corey Dickerson grounded into late-inning double plays while Starling Marte had an atypically quiet night at the plate (0-for-4).

With Miami down 7-5 in the eighth, Josh A. Smith faltered against the bottom of the Phillies lineup. The two-out, bases-clearing double by Kyle Garlick(??) sealed this game’s fate.

Against six different Marlins pitchers, the Phillies accumulated 22 baserunners. On the bright side, gargantuan right-hander Johan Quezada cleanly navigated through the heart of their order in his major league debut.

Miguel Rojas was compromised from the very start of the game by what appeared to be an injury to the middle finger on his right hand. FOX Sports Florida cameras captured him tripping on the infield dirt while jogging onto the field. The throws Rojas made from shortstop during the game weren’t particularly strong, and even when recording a single, he was clearly experiencing some discomfort.

Meanwhile in the visitor’s clubhouse, the Phils are sweating over the status of All-Star catcher J.T. Realmuto. He began feeling hip discomfort in the eighth inning and will be evaluated Sunday morning.

The Phillies are 2-2 so far in this 7-game series.

In their losses, they’ve been outscored 12-9.
In their wins, they’ve outscored the Marlins 23-6.

Sunday’s doubleheader gets underway at 1:10 p.m. ET. NL Rookie of the Year contender Sixto Sánchez gets the opening game assignment. All signs point to right-hander Nick Neidert making his return from the COVID IL and starting the second game. The Marlins haven’t officially confirmed because Neidert still needs to be reinstated onto the 40-man roster.