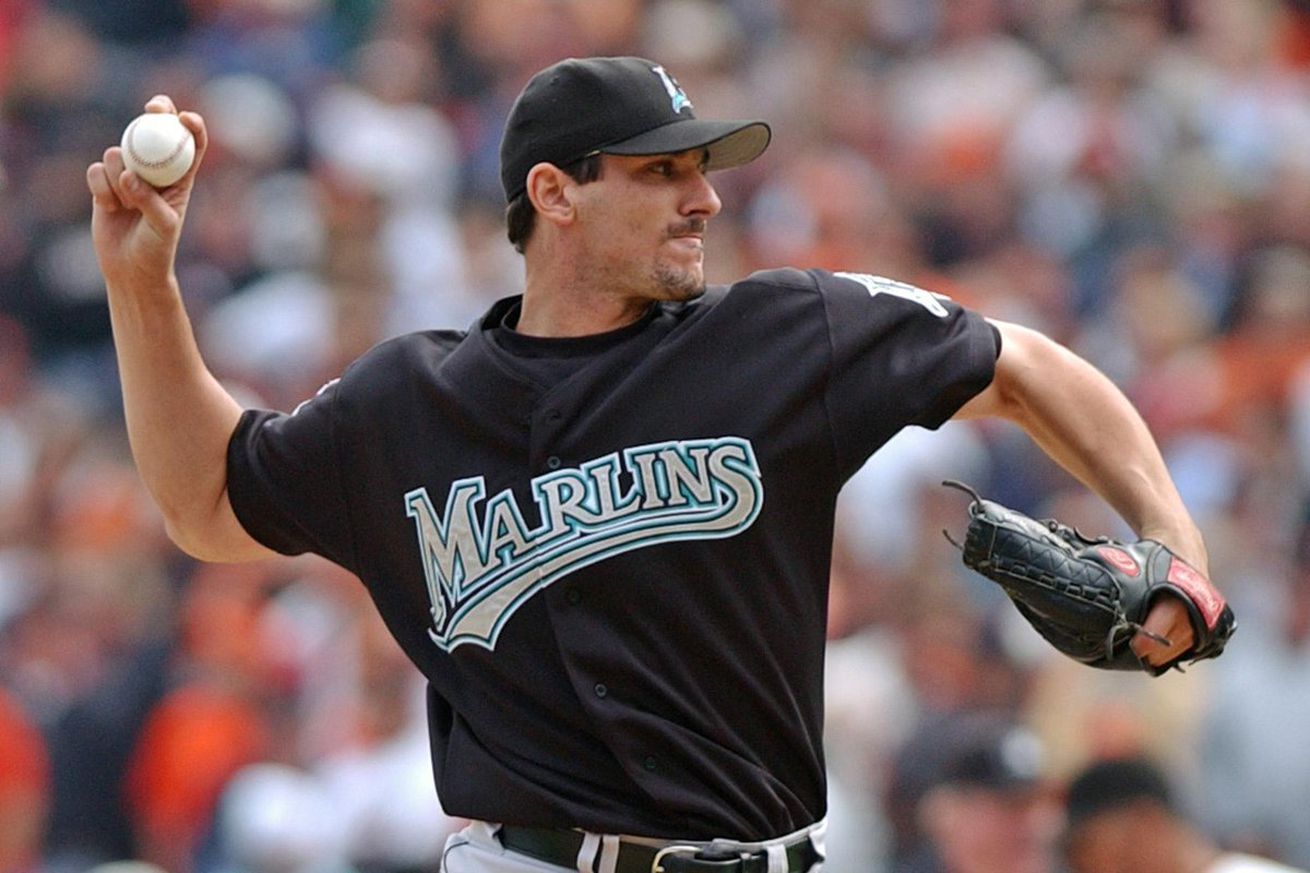 On July 11, 2002, the Fish got both RHP Carl Pavano and OF Juan Encarnación, two moves that helped the team win the World Series a year later.

July 11, 2002, was one of the most important days of Larry Beinfest’s tenure leading the Marlins front office. A few months prior, Beinfest acquired little-known LHP Dontrelle Willis who developed into a face of the franchise, but combining the two trades that the Fish finalized on this date did just as much to pave the way to the 2003 World Series title.

The first-year Marlins general manager began his day by sending then-25-year-old righty Ryan Dempster to the Cincinnati Reds for OF Juan Encarnación, IF Wilton Guerrero and minor leaguer Ryan Snare. Moments later, he kept negotiating and shipped veteran star OF Cliff Floyd to the Montreal Expos, a decision that understandably upset the club’s fans at the time. Along with Floyd, the Fish included prospect RHP Claudio Vargas and $1.5MM. The team received RHP Carl Pavano, LHP Graeme Lloyd, IF Mike Mordecai and RHP Justin Wayne.

They were getting younger, but they were also putting the puzzle together to raise the Commissioner’s trophy a year later. Both Pavano and Encarnación became crucial members of the improbable championship run.

In the postseason, he was equally important. Pavano earned victories in NLDS Game 2 and Game 4 against the San Francisco Giants as a reliever. Then, he started Game 6 of the NLCS against the Cubs. It was an elimination game, as Chicago was up 3-2 in the series. He kept Florida within striking distance: 5 2⁄3 frames of seven hits and two-run ball.

Days later, the Yankees had the Marlins down 2-1 in the World Series, but Pavano stepped up. For him, it was a no-decision game, but for the team, it was a gem! EIGHT innings of seven hits, one earned run, no walks and four strikeouts.

The Marlins won that game and the next two to clinch their second Fall Classic in less than a decade.

Encarnación was another productive figure. He became the Marlins everyday right fielder in 2003 and hit 37 doubles, six triples, and 19 four-baggers. Drove in 94 runs and scored 80 times, stole 19 bases out of 27 attempts, and recorded a productive .270/.313/.446 slash line.

Although he slumped through the whole postseason (.184/.238/.368), he scored the winning run in the first game of the World Series.

The Marlins didn’t end up missing any of the pieces they gave up in exchange for Pavano and Encarnación. After a poor showing for Cincinnati, Dempster had a nice run as a Cub but took his time to became a decent starter. In Floyd’s case, he wasn’t the same after he departed from Florida—injuries plagued him over the years and made him retire after his 36-age season.

Even though Vargas pitched in 217 games in his career as a swingman, he was never a reliable option. The Dominican pitched for five teams before retiring from the bigs in 2010.